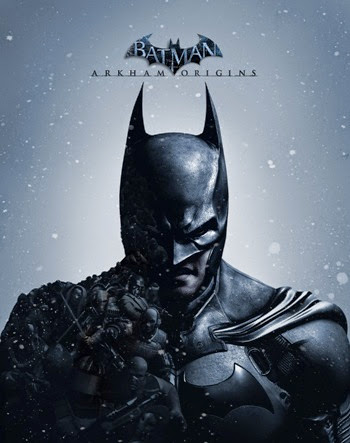 I put off getting Batman: Arkham Origins for the longest time after hearing that it was the weakest in the series to date. I really loved the first game; Batman: Arkham Asylum but thought Batman: Arkham City lost a tonne of what made that one good. Thankfully despite all the rumours Origins may just in fact be the series best.

Origins takes place one snowy Christmas Eve in a Gotham where the Batman has only been around for two years and is considered by many people as a myth, while the police see him as a menace who must be stopped. After stopping a break out at Blackgate Prison, led by Black Mask, Batman learns that the crime lord has put out a bounty on his head. Eight deadly assassins have converged on the city all looking to kill Batman and claim this bounty. In one night of terror he must not only defeat the assassins but put a stop to Black Mask, yet not everything is as it seems. 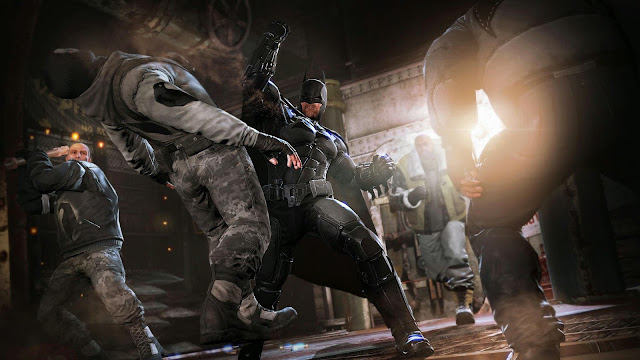 Once again this is a third person adventure game set in an open world setting. The city is a lot bigger than the walled off area of City and despite using similar locations they really did feel different then just re-skins. The world is big enough that you get fast travel points opened up to you, and for a nice change the bat cave can be visited at any point (and is where the fighting challenges now take place rather than a separate option outside of the main game). Using your grappling hook and glide abilities it is a real joy to travel around the game world that is split up into around six different districts. For a change Batman has access to the vast majority of his tools and gadgets from the get go. Your grappling hook lets you swing around the giant buildings and locations while the trusty batarang can be used to hit enemies and switches. Defeating bosses often results in you getting new power ups. A glue gun, hook shot and my favourite; electrified gloves can all be used to enhance the combat or to solve environmental puzzles.

Now the story for Origins is the strongest yet in the series. Initially it seems quite weak but after the first few missions and with some genius twists it gets pretty much amazing. Batman encounters a fair few iconic villains for the first time (such as Bane and the Joker) and he exists at a time when Gordon is merely a Captain of the corrupt GCPD and many other key characters are early in their careers. As you go around the city you pick up enemies radio chatter and it is really quite varied and changes according to what part of the story you are at. Being set on Christmas Eve means there is a lot of Christmas decorations and set design everywhere, even down to Christmas songs playing in lifts; a nice touch. 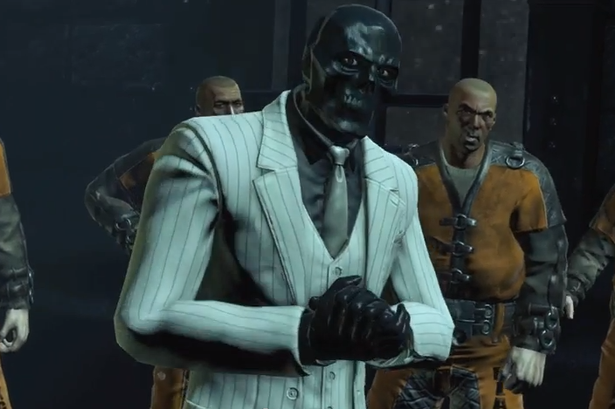 There are Riddler collectibles as is always the case and are spread around the city but I found them a lot more fun and addictive to get then the terrible ones you had to plough through in City. They are multi tiered also with radio towers, henchmen, relays and data packets all needing to be found. Also hidden around the city are Anarchy symbols and plaques that give you further insight into the city itself, these were all quite interesting.

Side quests usually have you after a particular villain or locating a certain amount of items (such as Penguin's weapon shipments). They are not bad, better than City's terrible side quests, a highlight being a hallucinogenic trip through Wonderland courtesy of The Mad Hatter. The dream sequences are always in the Arkham games so it didn't feel as fresh as it should but an alternate later dream sequence was very different to the norm! There are also quests in which you investigate a crime scene trying to piece together what happened, these bring a decent lull to the games pace but are quite easy to solve. 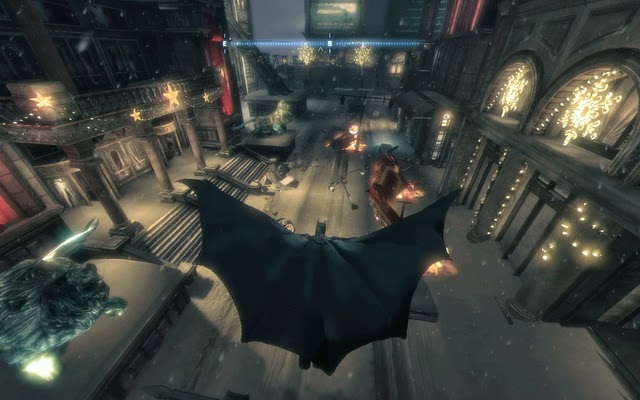 You earn experience for pretty much all actions you take whether it be defeating enemies or solving puzzles, there is a skill tree which you can use skill points to unlock stuff but for the most part it is negligible in what it provides though a lot of later puzzles can only be solved using new abilities you unlock. The soundtrack was great in places but a lot of the music it is sad to say just was not memorable. The acting on the other hand is great, Nolan North reprises his role of the Penguin, while the Joker is now voiced by Troy Baker who does a great job. Batman seems much more threatening now and when he gets angry it gets really impressive, so Roger Craig Smith is effective as the voice. Batman's interactions with his allies are far more natural this time around, Alfred plays a bigger role while the forging of Batman's and James Gordon's friendship slowly forms over the whole 15-20 hour experience.

Combat as ever is close quarters with you fighting a bunch of enemies at once, use of the counter button is as always needed to win these fights. Downed enemies can be finished off to stop them getting back up whilst later on enemies carry shields and weapons to make more challenge. Occasionally larger enemy types turn up and armoured ones but it is pretty much the same combat as it has always been. Bosses on the other hand are a huge improvement and are a joy to fight them, especially the eight varied assassins. Different methods are usually needed to fight these, whether it be contending with Firefly and his flame thrower or an intense and protracted one on one fight with Deathstroke they are all fun and satisfying. They even finally throw in a decent Batman vs Joker fight that is believable for once (as in Joker doesn't morph into a monster) and had me smiling. 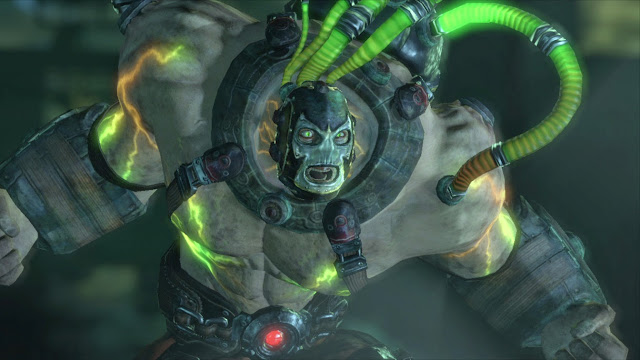 The main story missions usually take you to a specific location in Gotham but these seem a lot better designed than anything City had to offer and are actually fun to get through. A real highlight was a hotel that had been taken over by a certain villain, it was so fun to work your way through and ended with a story beat that was hands up the best story beat out of all three of the games and made me think it was the end of the game so big and huge was it. There are some levels where you have to get around a vertical location but again going back to City there is nothing that comes close to rivalling the mundane setting of the maze like underground city.

Where Origins succeeds for me is that it is a worthy successor to Asylum and creates a believable world. I was so let down by the limited scope and bland design of City that this just feels like everything that one promised to be. I had so much fun collecting everything and experience the events that I just left with a huge grin on my face. Games like these remind me just why I am so obsessed with videogames in the first place. And to end it all; battle damage... is there any greater thing than your characters appearance changing as the story progresses?