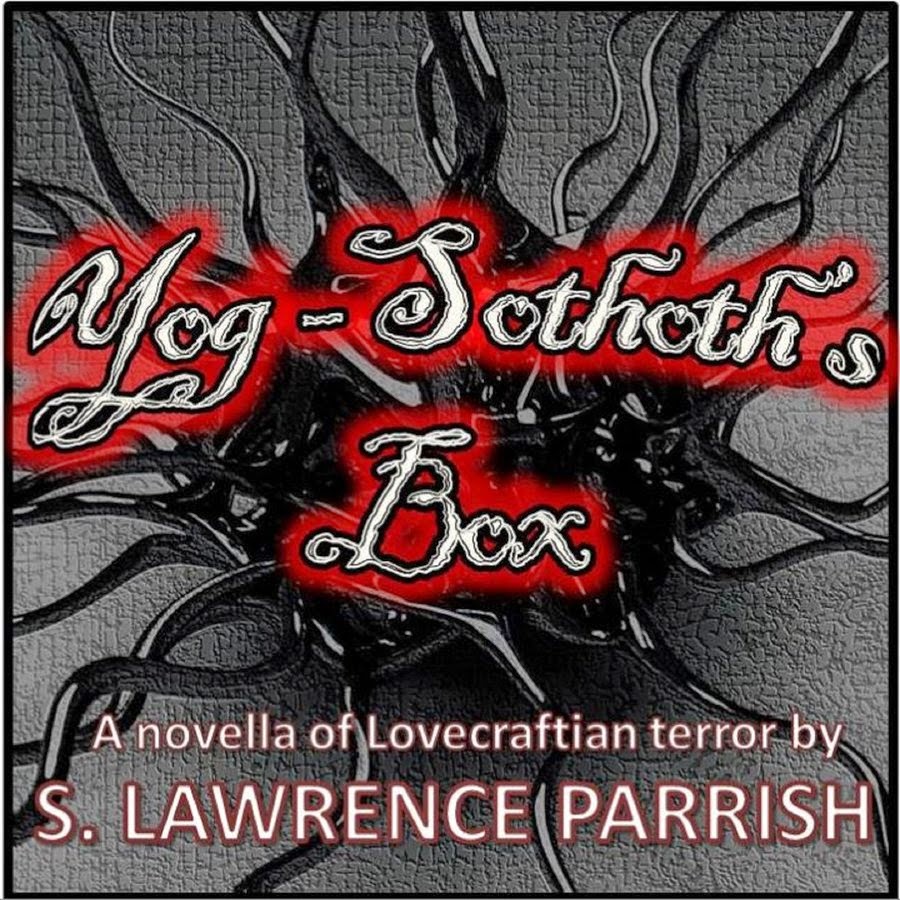 I really loved the Lovecraftian elements in S. Lawrence Parrish's Where Evil Grows audiobook I listened to earlier this year. He recommended that I hear Yog-Sothoth's Box which is a novella heavily inspired by the fantastic works of H.P Lovecraft.

The story follows a film student who decides to make a documentary about homeless people. In particular he wants to find someone who has chosen to become homeless and chronicle their story, His search leads him to a deserted part of town where he meets an old man called Professor Maxwell. What follows is a chilling account concerning a mysterious item known as Yog-Sothoth's Box...

I really loved this story, it was snappy, well written (well, spoken) and kept me glued to my headphones unable to stop listening. It is split into 10 chapters each of which is between ten to twenty minutes in length. Around two thirds of the story is told from the Professor's perspective and the voice Parrish puts on for the old man is very well done, I was able to forget this voice was even put on so enthralled was I.

This is very heavily based on H.P Lovecraft's tales of the nameless dark ones and it actually references him a lot, It is explained that his iconic stories were actually all based on fact and that items and places Lovecraft mentions such as the Necronomicon and the Miskatonic University actually turn out to be real. While well written and nearly attaining creeping dread it never actually does. This is no fault of Parrish as no one has ever been able to write such bone chilling stories as the master of horror did. If I had one complaint it was the ending which while clever was too upbeat for my liking (I admit twisted upbeat, but upbeat nonetheless)

I wont go into the plot for fear of ruining the story but needless to say this is recommended, especially as this is free to download from a variety of places including iTunes.

Posted by Daniel Simmonds at 05:04