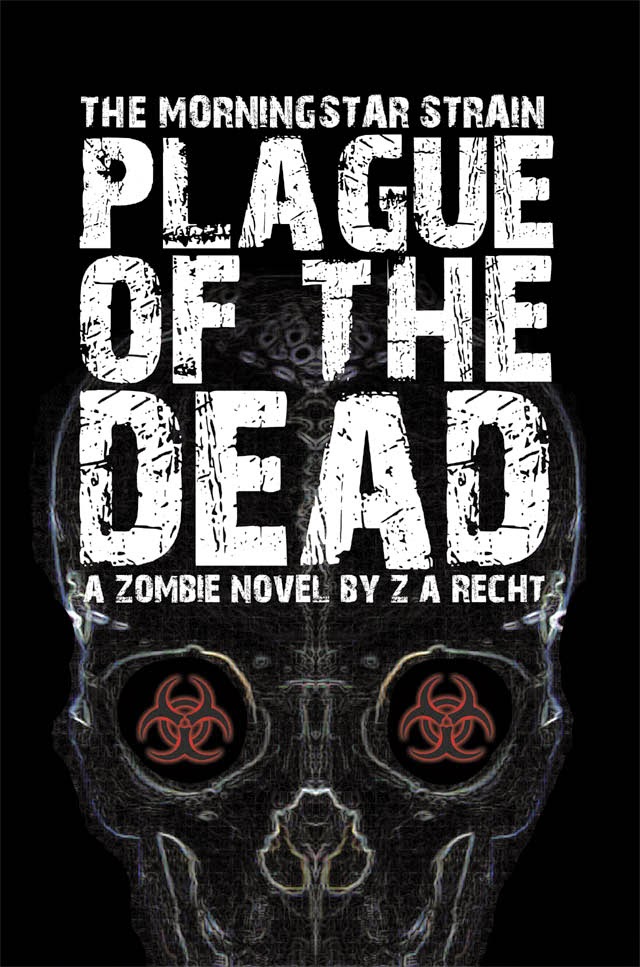 I picked up Plague of the Dead quite a few years back in a charity shop and then quite recently I happened upon it and seeing it had a quote from David Moody (of the Autumn and Hater series of books) felt I just had to check it out.

A new virus makes an appearance in Africa, it comes from out of the jungles and causes the infected to become extremely violent, insane and able to withstand massive amounts of trauma before being killed. Due to the incubation period of around a week many people get infected without even realising it and soon the virus spreads and spreads. Unknown at first is that dead carriers of the disease later return to a state of half life. After an attempt to keep the virus contained in Africa fails it becomes a race against time to stop it spreading to every single corner of the globe...

This is everything that World War Z should have been, I like that film but the plot for this one is similar and yet so much more exciting. From start to end there is no let up on the high action and excitement. It always seemed strange basing a globe trotting film on a book that is not globe trotting but rather a collection of short stories. Here though Plague of the Dead really does take place over a wide area. The plot follows several different characters whose paths all intertwine eventually. You have Mbutu; an air traffic controller in Africa who is one of the first people to encounter what becomes known as the Morningstar Strain, Becca an aid worker, General Sherman and the soldiers under his command who attempt to contain the deadly menace within the continent, and then over in America you have a reporter and an expert on the disease who get captured by a shadowy government agency.

For all that Plague of the Dead does right occasionally it gets all a bit too familiar borrowing ridiculous tropes from film and other media. This becomes all too apparent in one chapter when one of the good guys needlessly decides to fist fight an antagonist rather than just shoot him, even the people with him say how stupid an idea it is, especially considering legions of infected are moments away from breaking through a nearby door. Maybe Recht should have taken advice from his characters and left that part out as it threatens to show just how formulaic the plot actually is!

Now the dead themselves feature in both the runner and normal shambler variety, while for lack of a better word 'Rage' infected they sprint around relentlessly, the dead version has much reduced capacity. There are tonnes of battles mostly between soldiers and the undead including a massive 'hold the line' situation early on and many literal running battles. It appears that the infected have some type of intelligence as they seem to set ambushes every now and again which was a nice touch.

There are many characters and to be honest I did loose track at times as ones who seem like they are main cast get killed off. With some decent downtime at around the halfway mark it really gives the characters times to assess just what to do in this awful new world, whilst key events happening off the page (such as the downfall of a particular country) help hem in the global wide condition of this outbreak. Recht plays around with some conventions also. One chapter sees us follow a particular person through zombie infested streets, I fully expected him to end up dead but in a genius move it ends with him fine only for the next chapter to reveal he had been attacked between pages, a cheeky idea to use!

I loved Plague of the Dead, it is annoying that it is part one of three and so nothing got resolved and sometimes its generic plot is made obvious when it's pushed to the front but this is a zombie book for the masses and a hell of a ride.

Posted by Daniel Simmonds at 09:14