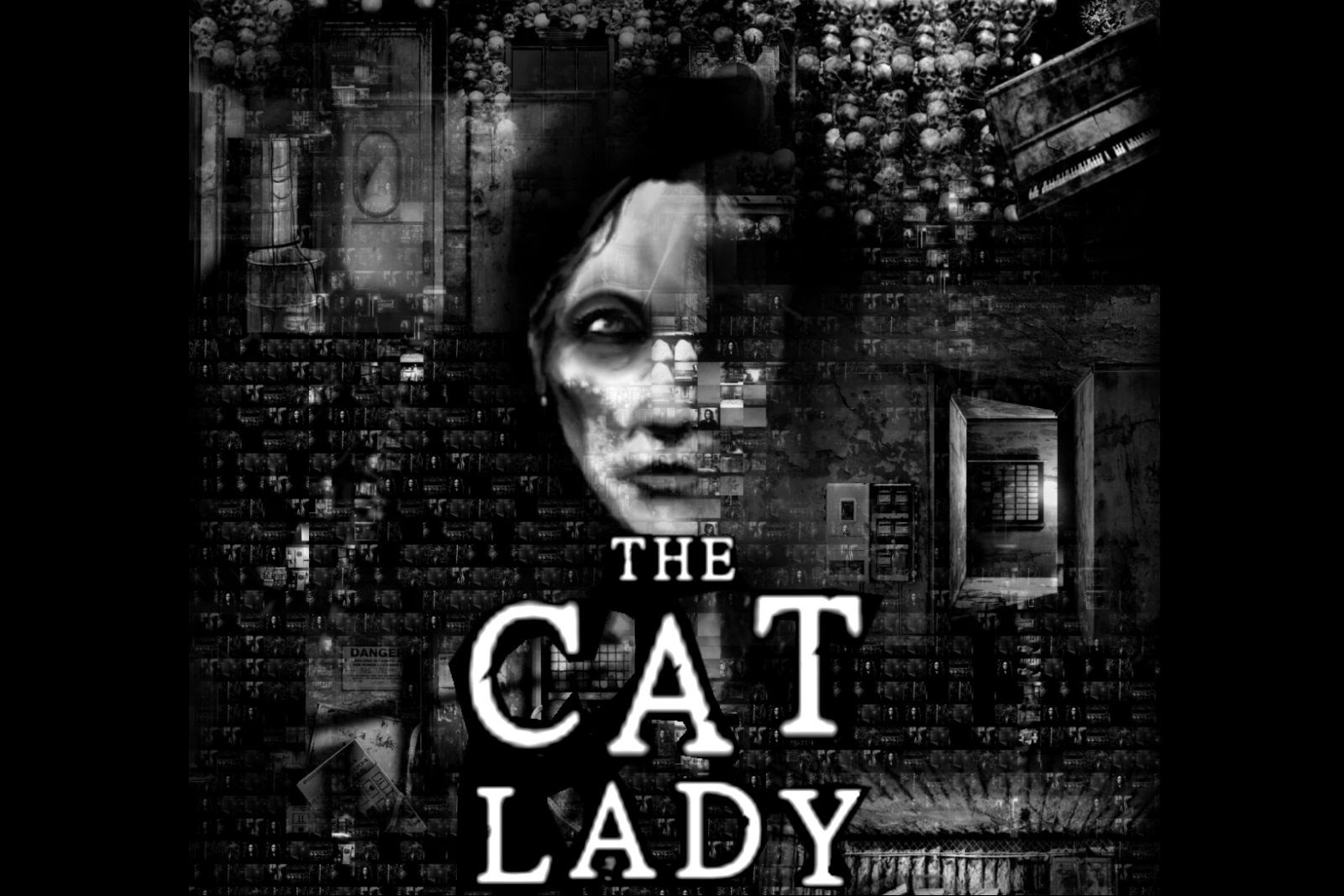 The Cat Lady is  made by R.Michalski who was responsible for the bleak Downfall. I was pleased to discover this and you can certainly see improvements with this game. The Cat Lady is a 2D side scrolling adventure game. Also interestingly it is controlled purely with a keyboard, a mouse is not needed.

You play as a middle aged woman; Susan Ashworth who in the games introduction commits suicide hoping to find release from the hell she thinks her life is. She awakens in the afterlife where a being naming itself the 'Queen of Maggots' informs her there can be no release from her suffering even in death. This being informs Susan that she will be returned to life where she will encounter five 'parasites'; people who wish only pain and death on the world. She is tasked with removing these parasites from the world and told that until that happens she will be unkillable and forced to live forever. Should she get rid of these blights on the world then she may find a reason to want to live. 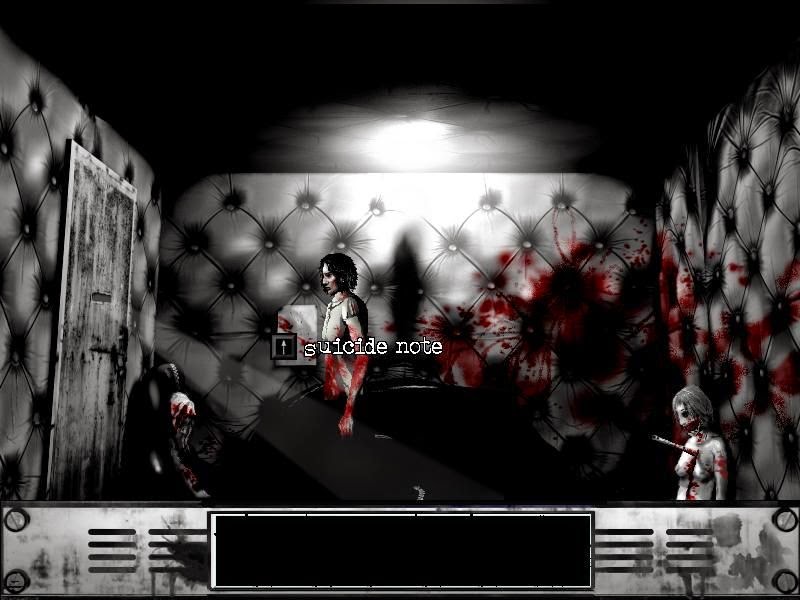 Just like Downfall there are some strong issues dealt with here. The theme of depression is dealt with so well here, Susan is a fleshed out character who really seems to portray just what it is to be depressed and not want to live. The horrors she faces are terrible and along her journey to redemption she comes across sick, sadistic killers. However there is some light with the appearance of Mitzie a young woman with terminal cancer who befriends Susan. The dynamic between these two is very well portrayed and despite the differences in their beliefs (Susan is not fussed about living while Mitzie is desperate to cling on to the limited time she has left) they have a tight bond that is strengthened by the events they go through.

The Cat Lady is a 2D point and click game that has a variety of puzzles but which are never that taxing that you get stuck. Split into chapters you only ever have a limited amount of locations you can visit. Objects that can be examined or used have a line of text next to them when you walk past so gone is the pixel hunting of traditional point and click games. For the most part you are searching for keys and items to open locked doors and by pass rooms, whilst there is also a lot of puzzles based around defeating the enemies you face. 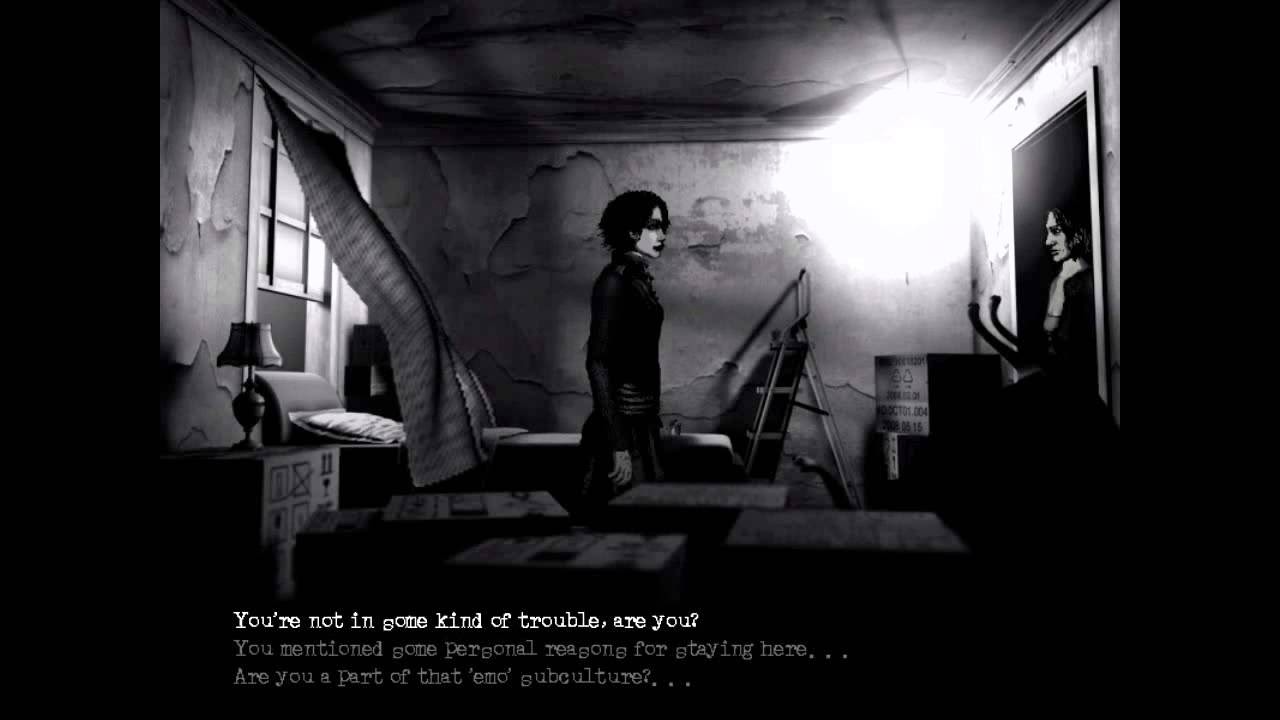 The crux of the game is finding and defeating the five parasites who have come into your world. Interestingly though these are unknown people and so there is a layer of distrust built into events as you find yourself encountering characters who could secretly be one of the serial killers. They are a varied bunch and all interesting characters in their own right. My favourite by far were a husband and wife voiced by David Firth (of Salad Fingers fame). Just because Susan is unable to be killed it doesn't mean she can't suffer. For the most part her discovery of the parasites is gained by being kidnapped and or temporarily killed by them. There is a real sense of empowerment as you stalk your captors who are unaware of your being still alive. At times it even makes you feel like some sort of superhero dishing out justice to these vile characters. A misstep of Downfall was having game over screens so this plot device cleverly gets around that fault.

The game can be quite gory, as a statement of intent your arm gets ripped off quite early in to demonstrate the harsh world you inhabit. Despite the high level of bleak subjects covered (murder, rape, torture, suicide, terminal diseases to name a few) there is a healthy injection of black humour that really helps distil some of the misery. This humour was missing from Downfall and its inclusion here really helps keep the game engaging. The Cat Lady is not a difficult game and I never once got stuck but I also never once got bored for it is very addictive. 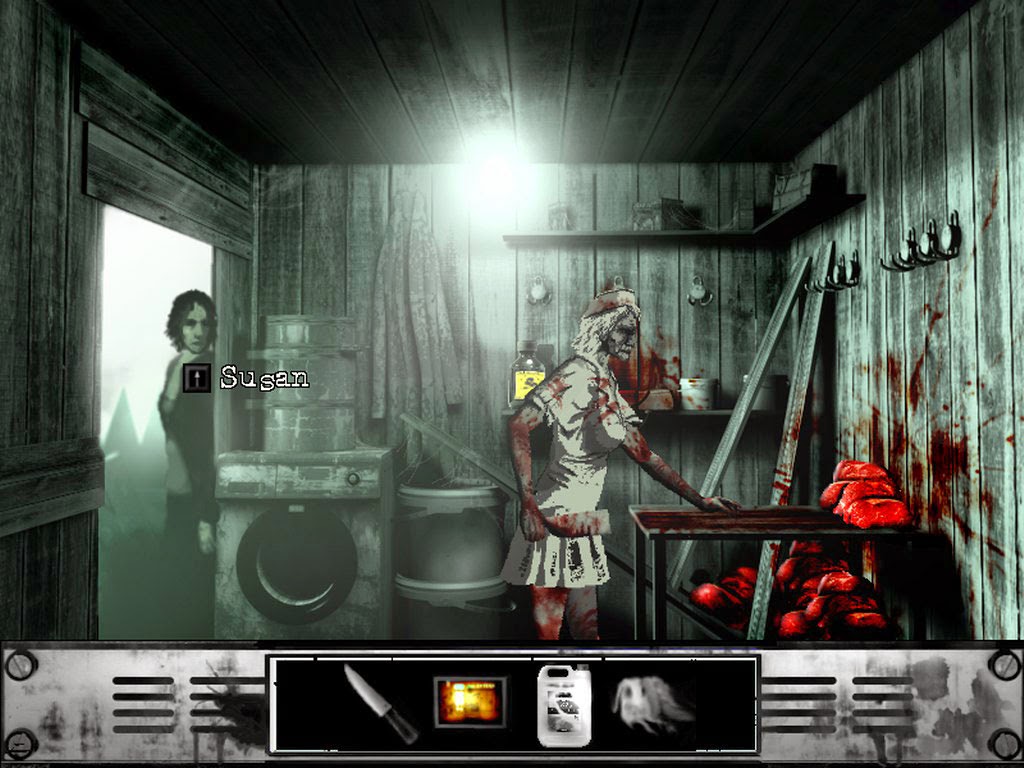 The majority of the game is in black and white to reflect Susan's state of mind, colour is used minimally and usually only for a specific reason. The whole look of the game could be straight out of a David Firth animation with characters having stilted animations and existing in a surreal place. There is also a lot of fan service for people who played Downfall. I first noticed a poster for that game in a characters bedroom and then later on you get a whole heap more, one part of the game is even dependant on your knowledge of the previous game to solve a small puzzle. I loved how it got integrated into the world of The Cat Lady; very impressive indeed.

The Cat Lady is a powerful game that really does seem that it has been created by someone who truly understands what it is like to suffer depression. Having your player character be a middle aged woman is a brave move and I can't think of any other game that does that. This was consistently well written and despite some of the afterlife sections being a bit too game like as a whole I can't really find much to fault here.