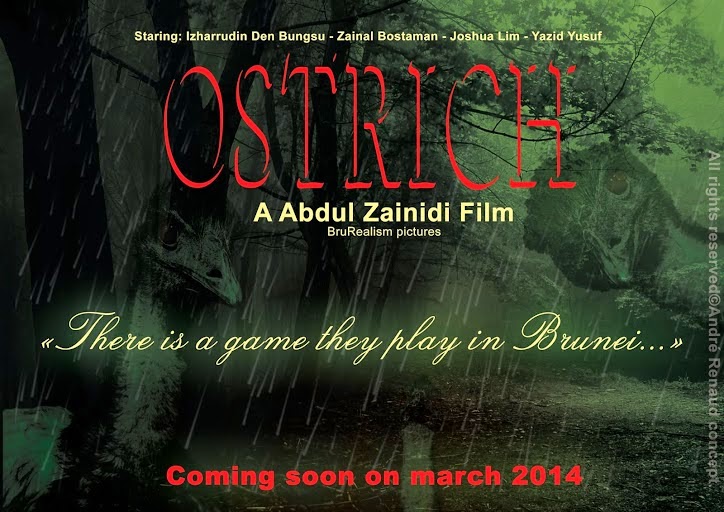 Ostrich Supernatural Game is an indie Asian horror film directed, written, and shot by Abdul Zainidi. I was warned before hand that it was very low budget. It bears quite a few similarities of other Asian horrors such as The Ring, and The Grudge. I'm not a hundred percent sure on the actual plot so what I say might not actually be what happens! Also it has a really bad title for the record.

A Western reporter heads to Brunei to investigate a series of disappearances that have been attributed to a strange game youngsters play. He meets up with a young man who tells the reporter everything he knows of it. Fifteen years previous five boys witnessed something horrific in the jungle after playing the mysterious game, in present day they discover the game has become a fad among youngsters. The game consists of someone covering their eyes with their hands and saying "Rayau" three times in a row. Doing this seems to result in the person vanishing.

Ostrich doesn't get off to a strong start due to terrible audio that sadly lasts throughout the films one hour ten minutes running time. When characters speak it can be really difficult to hear what they are saying due to background noise, it doesn't help that a lot of the dialogue appears rambling and a lot of the film seems to be just people talking at each other. Even when the background noise isn't so loud it can still be difficult to understand what anyone is saying due to the films score playing loudly over everything. Occasionally the mix is good but it is a shame that such a key component of the film has been affected in this way. 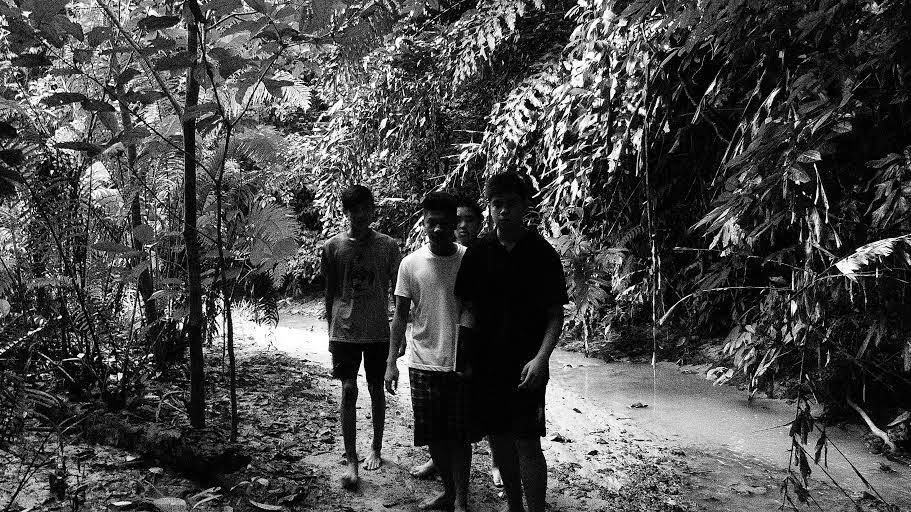 The film is in English rather than subtitled but I can't help but feel it would have worked more effectively if it had been in the characters native language as it seems odd everyone talking in English (though it is widely spoken in Brunei). The script is ok sometimes but I confess I was really confused a lot of the time not really understanding what was being said as it felt like people were talking in riddles. It is also real strange that on five different occasions characters start comparing events that are going on in their lives to various Shakespeare plays, he seems to be an important person as he is all anyone seems to talk about! In general I don't really know what on earth was happening, but this did add to the sense of mystery going on.

It all starts to shine when the actual horror occurs, I am surprised anyone is left around in the country though as the game people play seems to have a near 100% success rate for making people vanish! Usually after closing their eyes and saying the fateful phrase a nearby door will open by itself, the character will then walk through the door way and either scream and the door will shut behind them. I understand the need to have horror happen off screen to make up for the lack of budget but it would have been nice to get some sort of payoff at some point. Leaving it to your imagination is never a bad thing. There are many scenes of people vanishing and these occur in a variety of ways. My favourite two had a little girl who disappeared into thin air at her friends house, and a boy who out in his garden walked towards a mysterious banging noise and then next you see him he is being dragged off screen by some unseen person or creature.

Ostrich looks good with crisp clear visuals and there is a variety of really interesting looking locations used. I also liked the films score as it fitted things perfectly. I have no idea what happened in the film, I was very confused and still am, but then that's pretty usual when it comes to Asian films, it adds to the bewilderment of the film. How the victim disappears also seems to be completely random, some consistency would have been good.

This has some interesting ideas and can be creepy at times but the audio problems and sometimes weak dialogue take away a lot of the effect of these ideas. Confusing and mysterious but also atmospheric, not a bad effort at all for a low budget indie horror regardless of it's faults.

Posted by Daniel Simmonds at 13:33