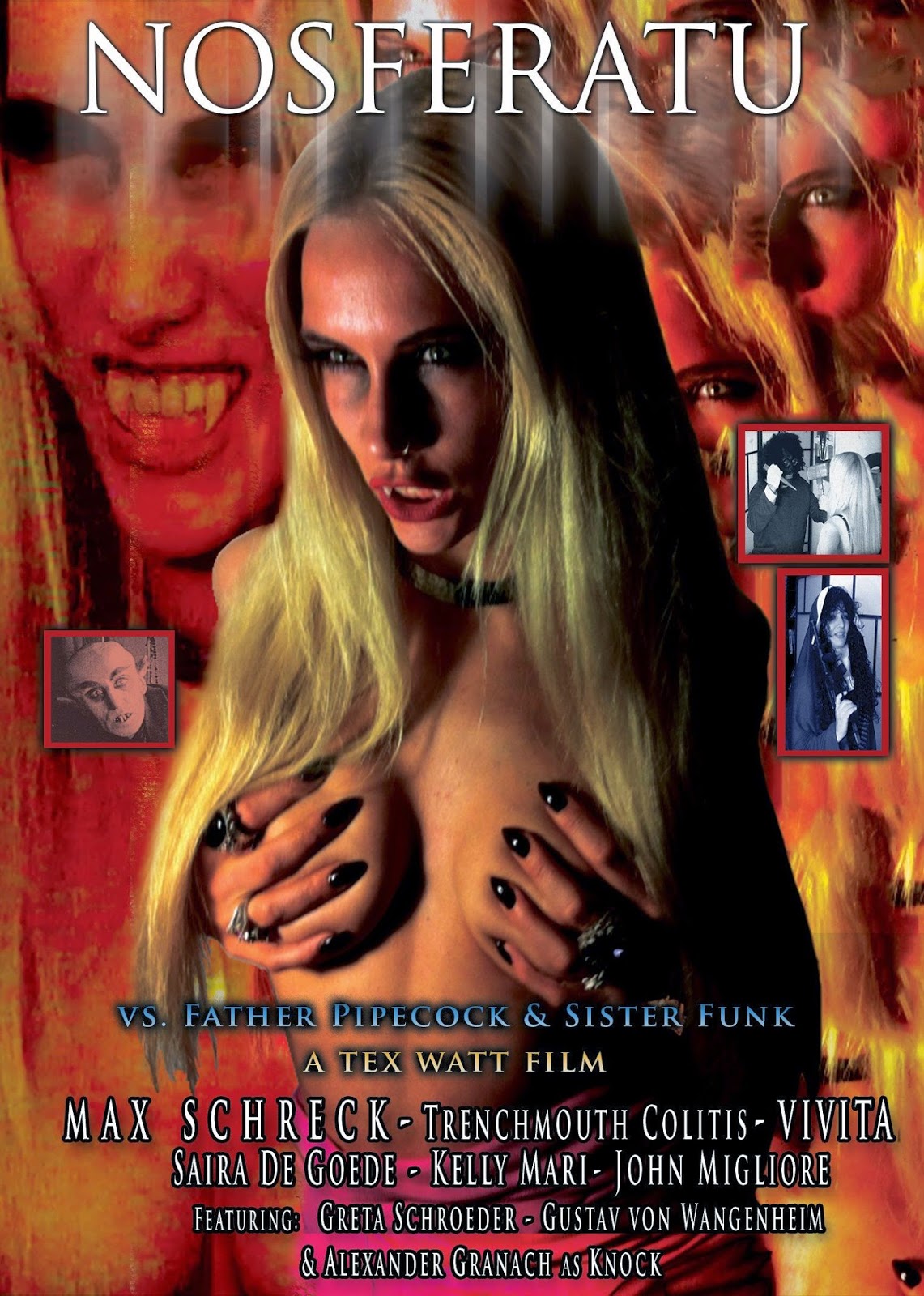 I was a surprise fan of Tony Watts's Acid Head: The Buzzard Nuts County Slaughter and so was excited to see his latest film. Before going in to it all I knew was the title. It turns out the film is actually a remixed version of the great German classic horror Nosferatu (1922) with dialogue dubbed over the silent film.

The film is essentially Nosferatu but with characters given different motivations. Thomas Hutter is sent off to Transylvania to meet with a client who wishes to purchase a house in the German town of Breman. The client is none other than Count Orlock who is of course a vampire. While Hutter is kept captive two vampire hunters infiltrate Orlocks castle; Father Dingus Q. Pipecock (Tony Watt) and the Ghoulfinder General - Sister Funk (Vivita). Orlock escapes and leaves for Breman where he unleashes a reign of terror and sexual conquest. 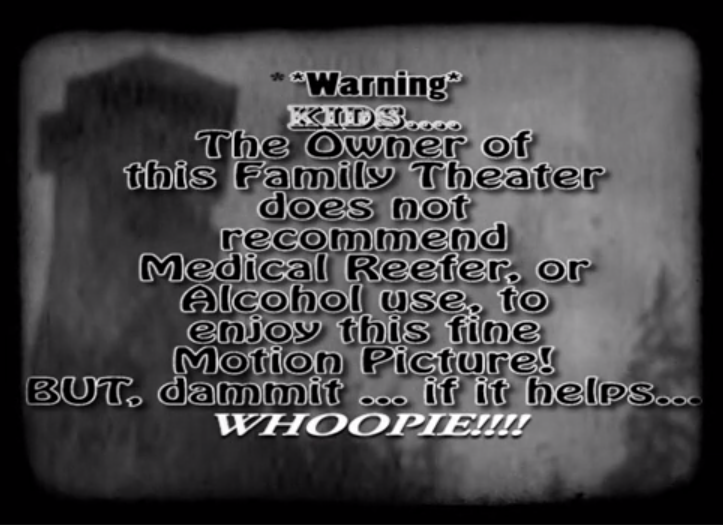 As Nosferatu was a silent film the characters all compensated by over acting tremendously and it just so happens that this style of acting fits Watt's film style perfectly. So well is this done that it actually took me around fifteen minutes to realise this was all archive footage and not created originally! There is clever use of editing to repeat characters movements, speed, slow down shots and splice up the events in a way that fits a more crazy story while staying true to the films roots. True to the original there are many description cards put in to explain events. There is also plenty of use of filters and scene cuts that all echo the trippy vibe I have come to expect.

The music has been completely changed with a vast use of classical music which actually perfectly fits the scenes they are used in, I was really impressed with how well the chosen pieces fit in. As with Acid Head a large range of silly sound effects are used, many stock sound effects to create the impression of a live action cartoon. The added dialogue that is dubbed onto the film is as usual a mixture of sexist and absurd dialogue with a range of voices used, this reminded me quite a bit of Monty Python at times as a lot of the female characters have male voice actors. 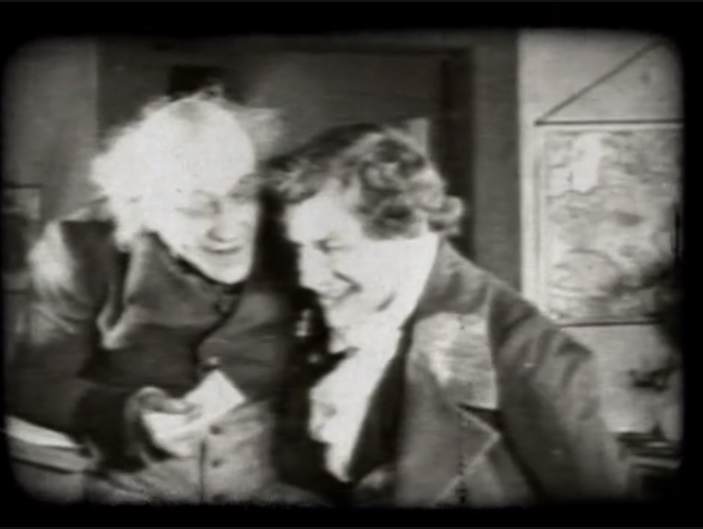 For the most part this is Nosferatu but there are a few new scenes created mostly revolving around the Father Pipecock and Sister Funk battling the brides of Count Orlock who are also given a modern interpretation. Here the sleaziness of the worlds Watt's creates come to the fore with the female vampires wearing skimpy clothing and distracting Pipecocks efforts to kill them using their assets (featuring a variety of extreme close ups). While these scenes certainly don't look too similar to the locations of the 1922 film I did still find myself forgetting at points that it would be hard for these characters to actually interact with any others in the film. Another new element is this lame looking CGI bat that flies around to attack people at times and adds to the charm.

The biggest complaint I have is that it just all ends too abruptly, but this was a fault of the original film itself and by contrast the best part is the character of Count Orlock who even with a humorous voice still looks creepy as hell in every scene he is in. I wish there had been more original footage used also as the new scenes only equal around five to ten minutes of film. The humour is low level and doesn't appeal to me but the concise execution of the durability of this mad parallel dimension is as ever solid and so I find myself drawn to it. 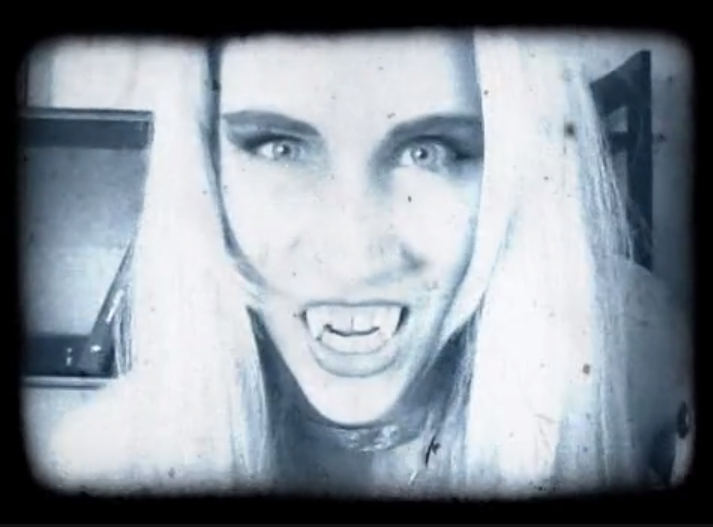 If your a fan of Acid Head at all then Nosferatu vs. Father Pipecock & Sister Funk is well worth seeing. I found the idea of messing around with an old film (such as Mystery Science Theatre used to do) a novel thing and really fits in with the style of director Tony Watts so well that you could imagine he somehow travelled back in time and directed the 1922 film himself. This is a grimy, perverted, drug filled and twisted world and there really isn't much out there like it.

Posted by Daniel Simmonds at 12:33