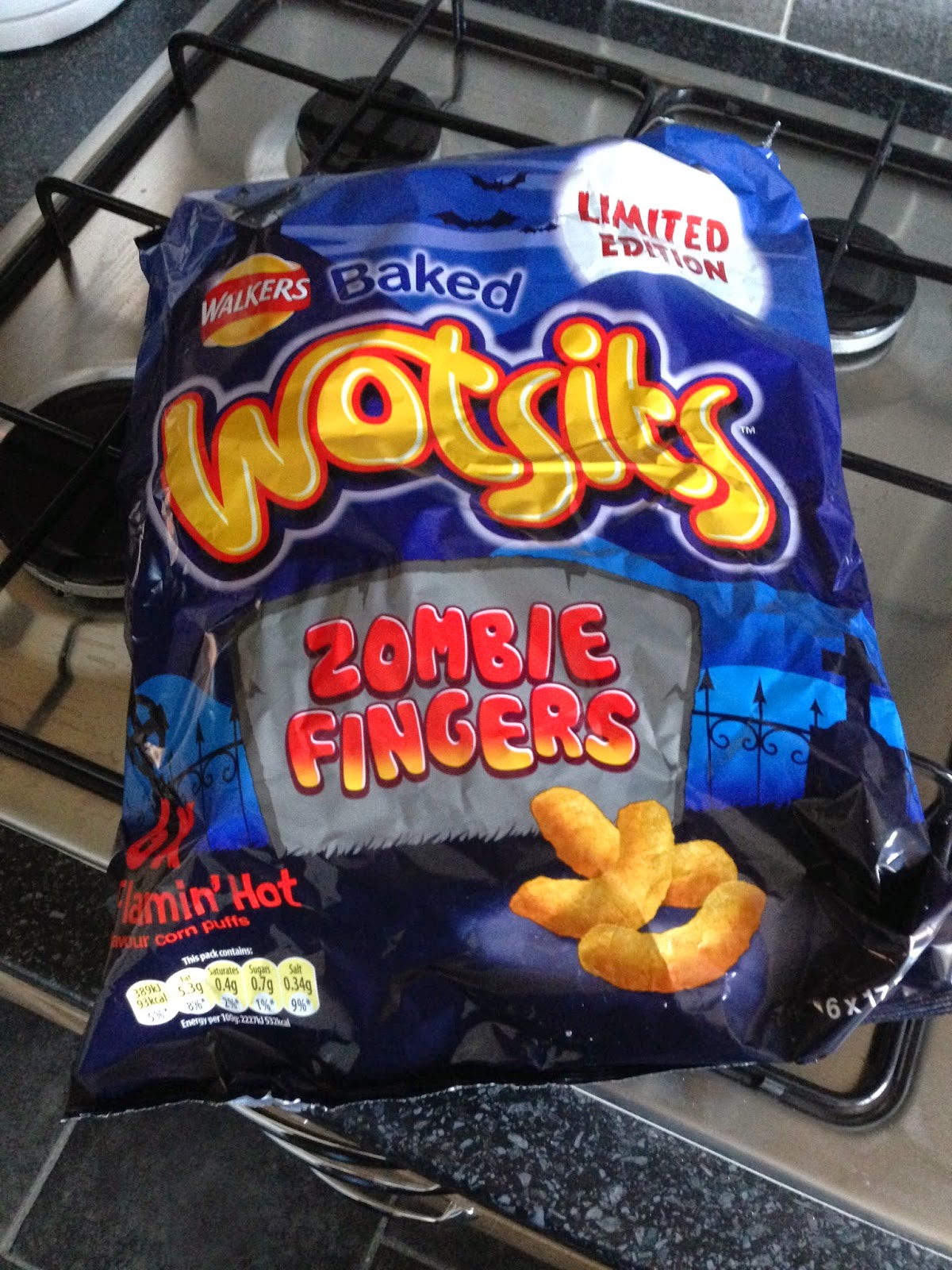 As the Halloween season is pretty much dead and done I wanted to officially end Halloween 2014 by talking about a few more horror themed products launched to cash in on the season to scream.  First up is Wotsits Zombie Fingers...

I don't mind Wotsits in general though their powdery nature makes them a nightmare to eat if your doing anything else at all. In a shocking twist these corn puffs had a limited edition of flamin' hot zombie fingers. I like these, not bad but be warned there is false advertising as they are exactly the same look and shape as normal Wotsits; not actual zombie fingers! 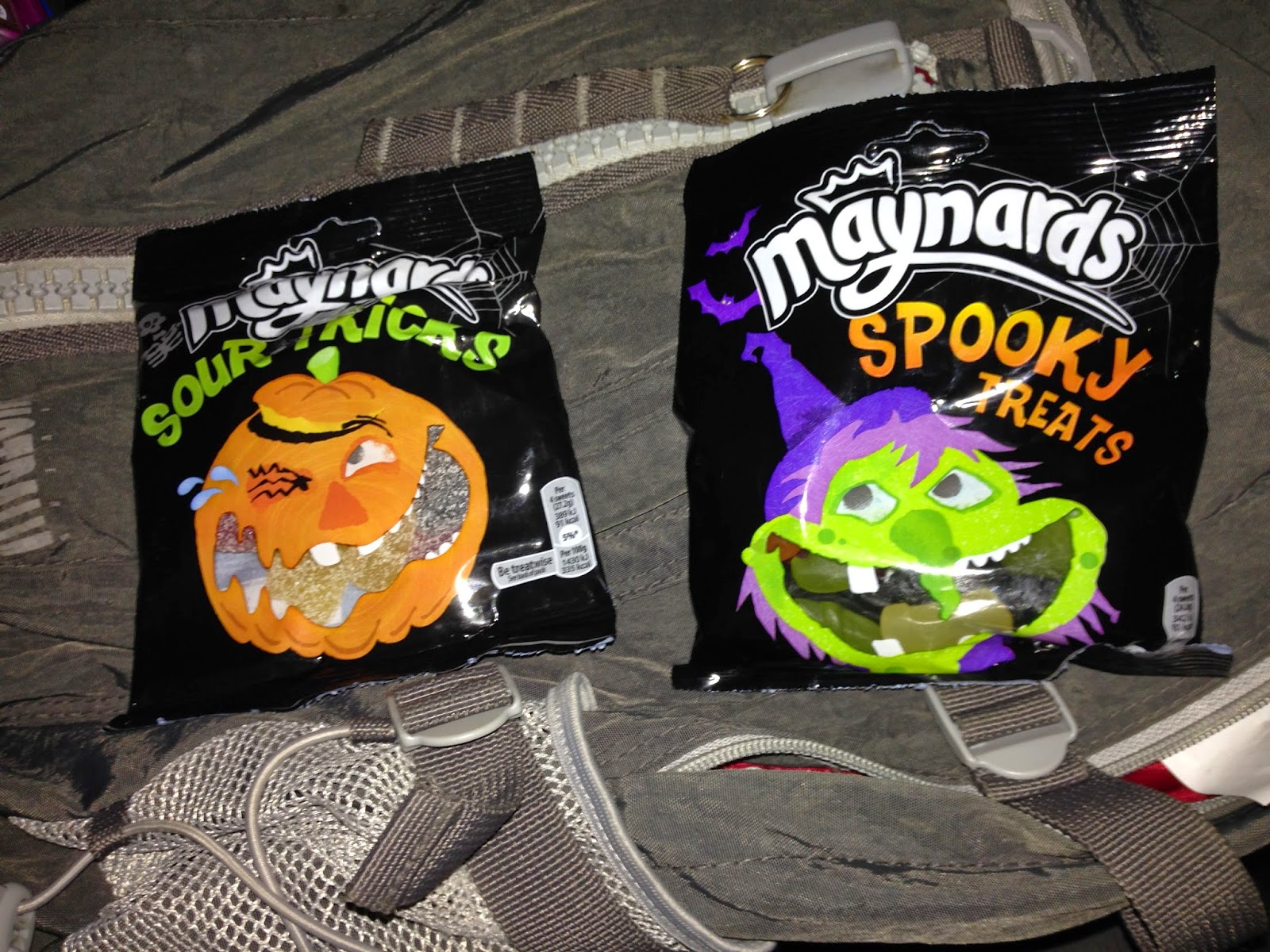 Next up ARE some sweets I got at a reduced price. Maynards Sour Tricks are sour coated jelly sweets, I ate the pumpkin adorned packet in one go and it gave me a belly ache...maybe a tricky curse? The other is named Maynards Spooky Treats and features a witch on the front of the packet. These jelly sweets did not give me a belly ache but they did make me feel a bit sick...another curse perhaps? Both packets feature weird jokes on the back that seem to be incomplete.

Both these sweets caused me afflictions in various ways but could have been caused by their addictive nature, I like the cover design but in general I really not am keen on sweets anyway.

Posted by Daniel Simmonds at 04:15