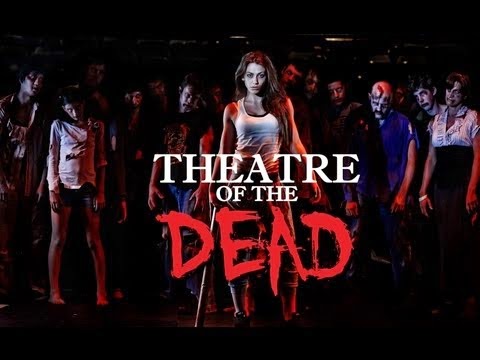 So Theatre of the Dead is an Australian zombie film starring a lot of young actors who they themselves play performers. This is about as traditional as you can get for a zombie film in many respects.

After a long hard day of practising for an upcoming musical the tired performers find upon attempting to leave the theatre that zombie apocalypse has happened while they have literally been locked away. With a couple of the cast badly injured and the theatre slowly getting surrounded by the walking dead the rest retreat inside and barricade themselves in. Soon divisions in the group start to cause friction among the survivors on the best course of action.

I see this as very much an Australian Night of the Living Dead. Of course it is nowhere near as good as that film but the general premise is the same. This is very much a siege film and as is the way you know at some point the zombies are going to get in, especially with the disjointed drama types who seem very two faced even before the stakes get raised. The theatre is an actual theatre rather than a stage and so it works very well as a location to be used, and a nice cheap alternative to having sets. The place is shrouded in darkness and with its gantries and warren of stairwells is an interesting place also. 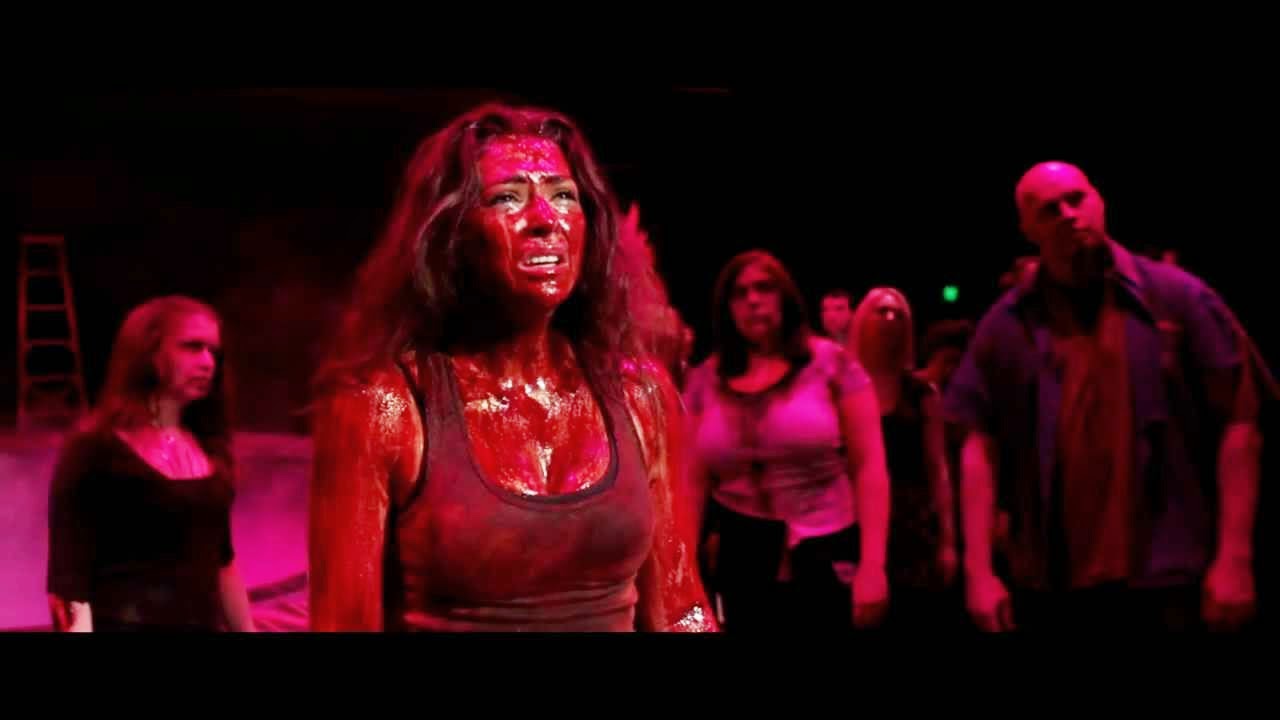 Most if not all the characters are highly strung and so they bicker and argue constantly. The technician thinks the performers are babyish, the director is obsessed with making the show go on, almost delusional in his refusal to accept what has happened while the big question of if it is safer to stay locked away in the theatre or to make a run to one of the cars and escape threatens everyone.

The acting is ok for the most part, there was no one that particularly stood out, maybe the director whose bullying nature and pantomime villain role makes him fun to watch. There are a few people who were pretty terrible and I am half convinced they were chosen for their roles based on their chest size rather than acting ability. The zombies are for the most part functional, really nothing special but they do the job and there are some more detailed ones. For the most part a few splatters of blood and some ripped clothing is all that is used. The early stage of infection being flu type symptoms led to some tense scenes as you realise that the survivors are in more danger then they realise with a couple of them coughing and sneezing before this initial reaction was revealed.

A lot of Theatre of the Dead is played straight and serious yet there is also a comedic edge that keeps appearing now and again but never takes over completely. Early on in the film one of the cast shoots dead a fellow cast member who has turned into a zombie and attacked the group. The director angrily fires him and then sets off to frantically re work the script for the musical to account for the now deceased character; was pretty funny. A news report shown on a TV at one point was completely missed by me due to the hilarious ticker tape news feed running alongside the bottom of the screen, my favourite head line being something like '#zombieapocalypse trending worldwide on Twitter'. Also when someone tries to fight the undead using dance moves you can't help but laugh.

For all this silliness it does also try to be a serious piece with some quite brutal scenes such as a zombie getting its face stamped into oblivion and plenty of blood and gore. It is a bizarre mix of fun and serious that I don't think it ever really fits together in a satisfying way. The final part of the film is pretty good even if there is a lame one liner and waste of precious ammo just to take out an antagonist. Other things which were a bit stupid was a choreographed fight sequence that appeared out of nowhere, and this damn metal pole that everyone seemed to use throughout, no idea where that came from!

With a generic plot and near universal horrid characters (the exception being the main female lead) it is hard to really love Theatre of the Dead but with some decent siege style situations and infrequent surprises I still enjoyed it.