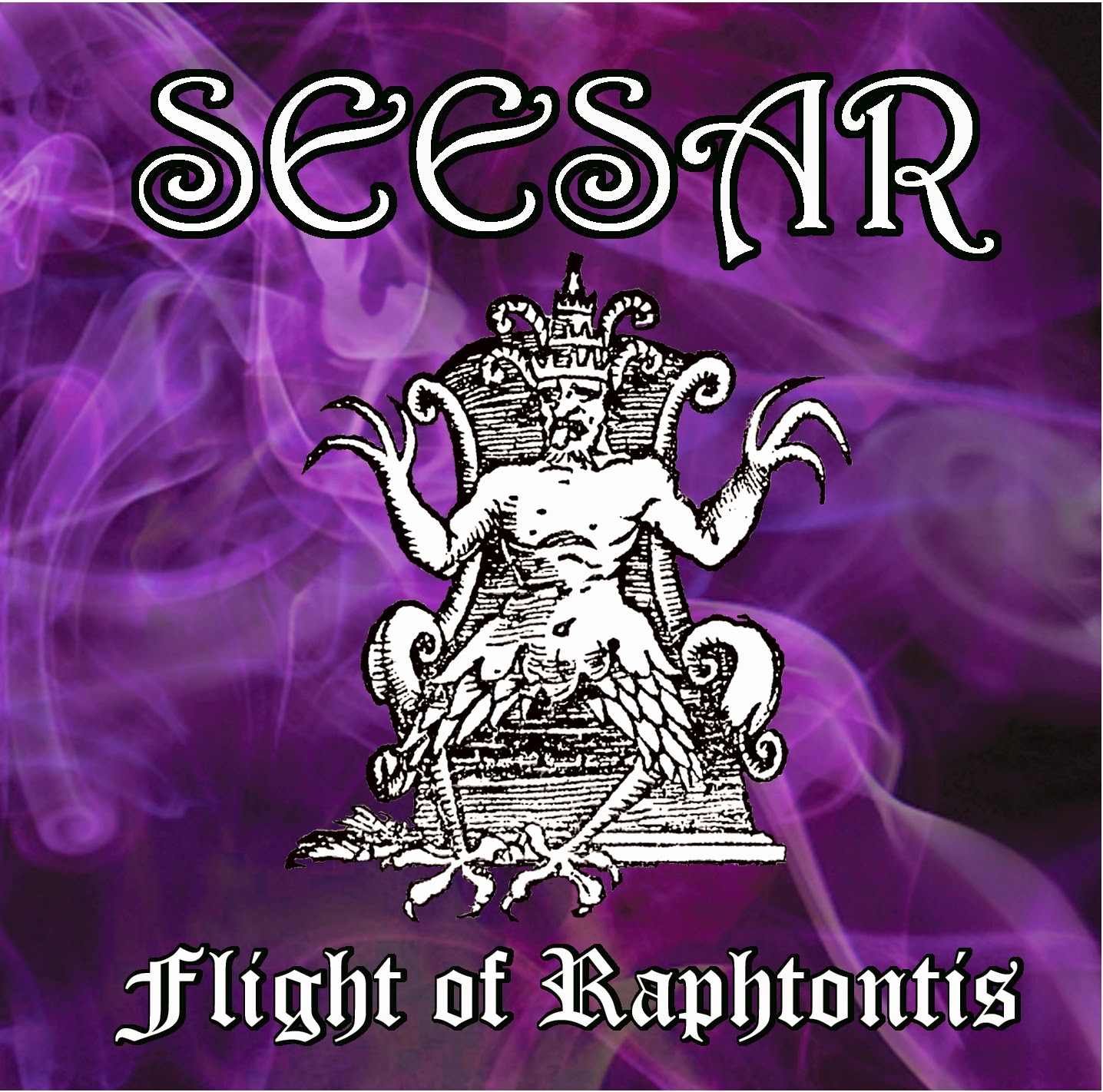 Nine months ago I was contacted by Dr. Will Connor who makes music under the name Seesar. He sent me a link to the Seesar debut album; Flight of Raphtontis as well as his E.P; The Silver Key. I thanked him for the links, promised to let him know what I thought and then my mind must have been wiped as it was only this past week I rediscovered his email and the links.

I always feel unsure when it comes to writing about music as I don't really know enough about it to be comfortable expressing an opinion. Flight of Raphtontis is ambient music and as such it took me a few attempts to get the right setting to listen to it. First I read a H.P Lovecraft short story -  Dagon (to sum up: sailor falls unconscious in his ship, awakens on a seabed that has risen above the sea, he explores the barren new land until he gets to a mountain where he sees a gigantic stone monolith in the distance with bizarre inscriptions on it, he sees a monstrous being and flees, he ends up in a mental institution where he writes the account of his tale and ends saying he can see the arm of the monstrous creature scratching at his window). I found I was so engrossed in the story that I didn't really notice the music.

For my next attempt to soak in the sounds I took a walk at night into the local woods, the music certainly amplified the atmosphere but I felt more fearful of getting mugged than attacked by some creature of ancient origins. Finally I put it on whilst cleaning the Rotting Zombie HQ and found myself whistling along to the amazing music, it had finally clicked with me!

This is music to conduct strange rituals to, maybe some background noise for perusing the Necronomicon and it is well made stuff. It doesn't sound amateurish (as ambient music often times does to me) and it creates a feeling of unease and hidden menace in it's subdued and repetitive nature (a good thing here). Also I love the track titles, favourite one being 'Elder Things Below Kharkhov Station'. The album ends on the cheeky and creepy 'Nyarlathotep in Ten Secs' that does exactly what it says on the tin.

I also listened to The Silver Key E.P which again I enjoyed listening to. Now while this doesn't fit every occasion if you are in the mood for it it is decent stuff. Roll on the pointless score...

Posted by Daniel Simmonds at 11:50