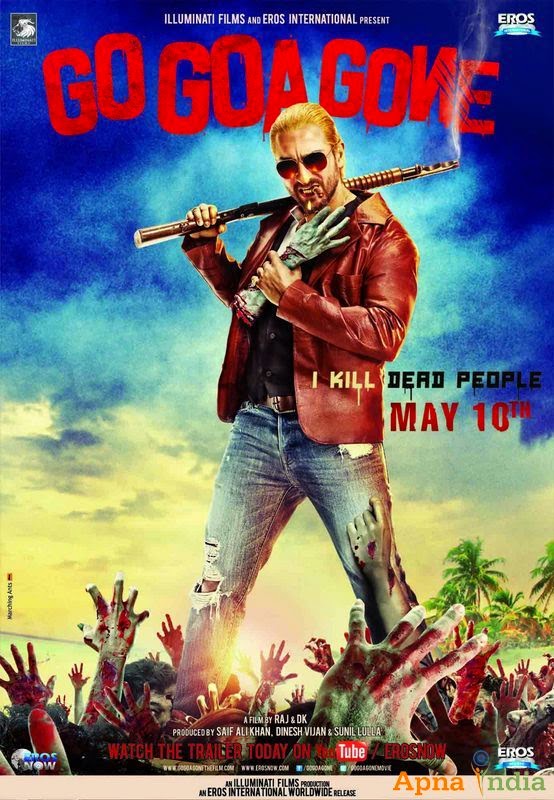 This was my second favourite film of the UK Festival of Zombie Culture 2014. Go Goa Gone is an Indian comedy and I was a bit hesitant as to whether I would find the Indian sense of humour funny or not. I'm pleased to say this was a very funny film indeed. As always a review warning; I had drank three ciders by the time I got around to watching this so it may have seemed better than it actually was.

Hardik (Kunal Khemu) and Luv (Vir Das) are two loser stoners who live with their respectable friend Bunny (Anand Tiwari). An incident with his boss leaves Hardik jobless, while Luv discovers his girlfriend he had been planing to marry had been cheating on him and so when Bunny announces he is going away to Goa on a business trip his two friends decide to tag along. They learn of a Russian Mafia sponsored rave taking place on a small island off the coast of Goa and decide to crash it. The showpiece of the rave is a new experimental recreational drug that everyone is taking, however it has unforeseen side effects and ends up turning the majority of the party goers into flesh hungry zombies. The trio along with a girl; Lulu, and a couple of Mafia guys must now band together to find a way off the dead island... 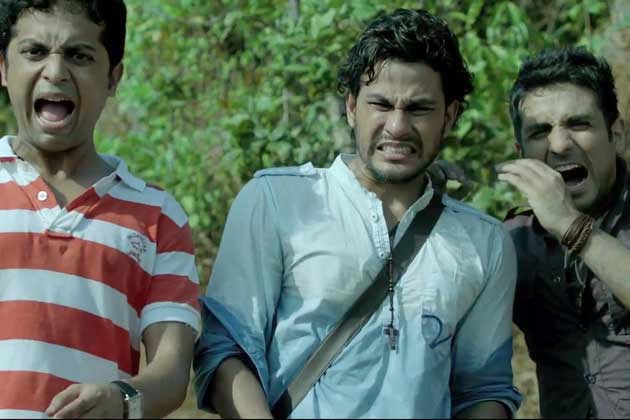 The characters are what holds this film together, the three main ones work so well together and riff off each other, they are a likable bunch so you can't help but find them endearing in their naive stupidity. Far more than relying on visual gags a lot of the humour actually comes from the dialogue which is quite clever and interesting as well as being laugh out loud funny at many points. For instance when the undead first appear they get into a discussion on what type of monsters they are, first thinking they must be vampires and then ghosts when someone suggests zombies they dismiss the idea saying 'India doesn't have zombies'. A lot of the other comedy comes from how they deal with the walking dead, for the most part they are totally inept, usually running around flapping their arms and with Bunny always screaming high pitched whenever he sees one. When they do get guns and immediately after promising to 'make every shot count' they unload their guns all into one zombie in a mad panic; highly amusing.

It is quite a while before zombies make an appearance but this pre action part of the film was actually really enjoyable and gently eases you into the type of characters the film follows, it must have been a good twenty minutes to half an hour before the craziness starts but the build up was not boring in the slightest. The zombies I had no complaint with, many of them appearing wearing bright colourful clothes which makes a change to their usual drab appearance and there are many of them, hundreds on screen at once at some points which is a great thing. There is lots of fighting zombies, highlights being when an umbrella gets stabbed through one and opens up on the other side of the walking corpse, and when a heavy duty torch gets shoved through a zombies mouth, it falls over and when it hits the floor the torch turns on, disturbingly hilarious. 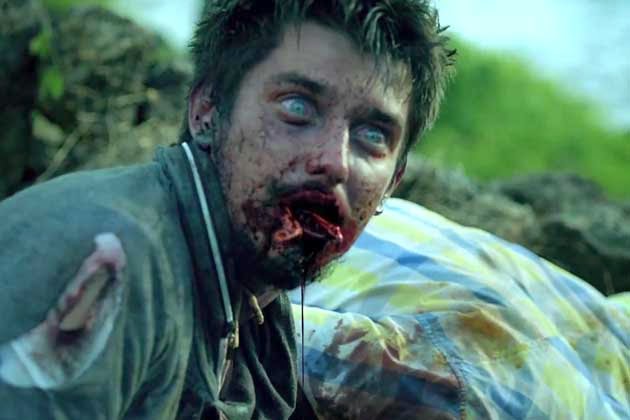 There is quite a strong anti drugs message running throughout the Go Goa Gone, it even opens with the director himself imploring people not to smoke. This message is not heavy handed though, but events such as the zombie outbreak being linked to drugs and the actual solution devised to win the day all gently suggest to stay off drugs. This is certainly a far better film than the terrible Return of the Living Dead: Rave to the Grave which featured a similar plot, While hardly complicated it is a well told story and never gets boring thanks to the always smart dialogue.

Go Goa Gone did start to drag towards its finish though unfortunately, there is a certain point in the film when it could have ended and maybe should have as the fifteen minutes after this part while containing some really great moments did have the slight onset of sameness about it. The character of Boris who has a big part in this film was made out to be this super cool character but in actuality I didn't think he was that amazing as the script writers felt he was. His tag line 'I kill dead people' (parodying The Sixth Sense) and his general forced coolness grated on me a little bit. 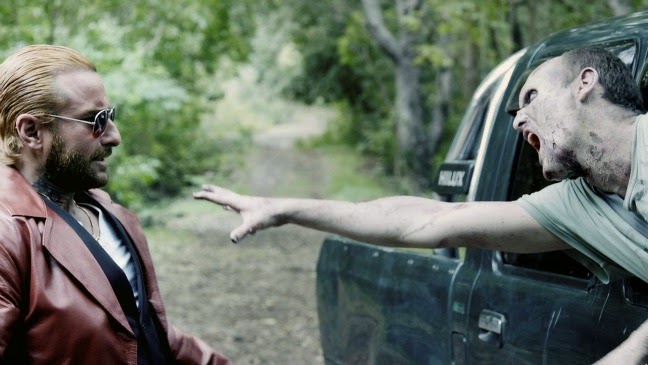 All in all though this was a solid film that I intend to buy when I can. It was laugh out loud funny, exciting and the sunny setting of the island make this stand out from the norm. Another surprise hit.