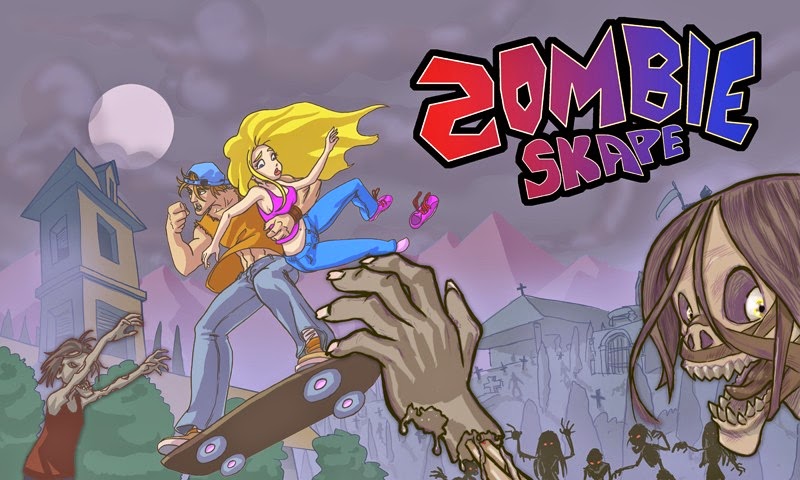 Zombie Skape is a downloadable game from the Nintendo store and it is terrible. It seems to borrow a lot of its assets from Little Red Riding Hood's Zombie BBQ.Where that game was a run and gun this is instead a skateboard based one.

The bare bones story has a teenage boy named Ethan skate boarding in his local skate park when zombie Armageddon unexpectedly happens. With just his skateboard for transportation he sets off to escape the horror. 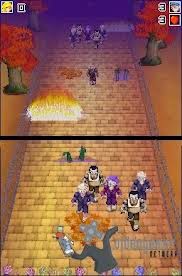 There are a lot of things wrong with this game so let's go through them all. First off the graphics are pretty terrible, as I said the assets seem to have been ripped right out of a different game, the zombies and levels are all cohesive but Ethan himself is cel shaded and stands out like a sore thumb. The zombies are quite bad looking but even worse is if you accidentally skate into them they vanish in a burst of red that looks terrible. You get lone zombies, packs of them and hands rising up out of the ground that must all be avoided, while identical looking girls sit on the ground asking for help so you must skate over them.

The controls are abysmal and making either a turn to the left or right feels like a herculean task as your skateboard has the turning circle of the biggest ocean liner, it takes an eternity to turn so it is unavoidable to hit things. You can brake and you can jump and that is it for controls. The controls mean the game is near impossible to play, I could not get off the first level, it is just too hard to avoid ploughing into zombies or fires. Not fun at all. 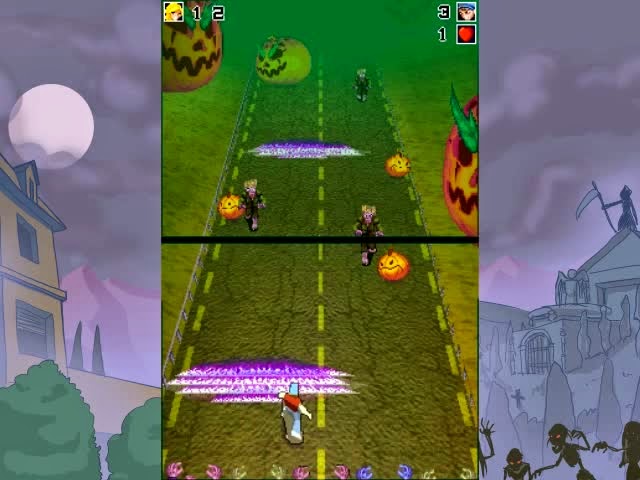 The one thing going for Zombie Skape is its music which is the only passable thing out of the whole miserable experiance. A cheap game knocked out to ride (skate?) on the trails of the zombie genre. Ugly with broken controls and must be avoided at all costs!

Posted by Daniel Simmonds at 09:46