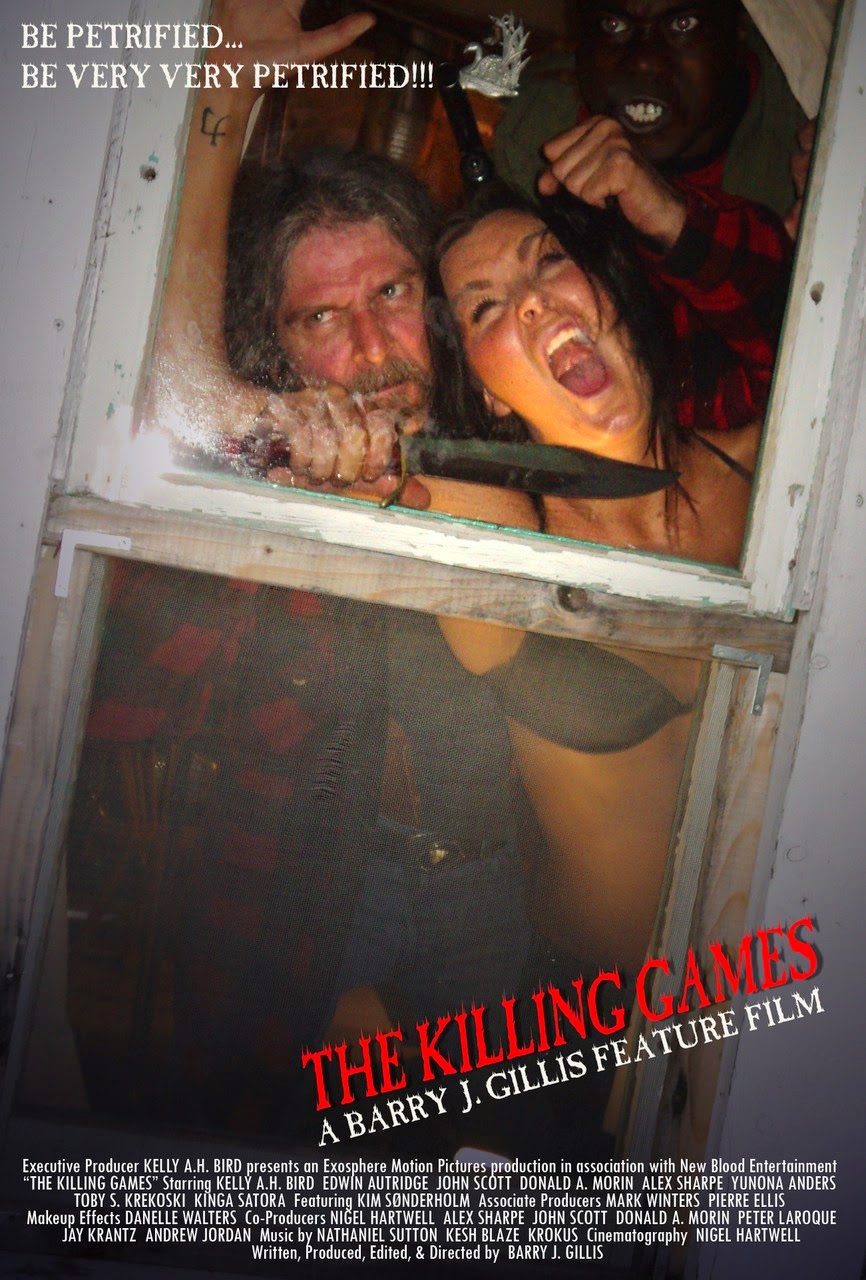 I meant to watch this for review early on this year, however a combination of factors (some my fault, some not) led to my viewing being delayed until this weekend. I have previously covered The Killing Games (here) where I wrote about it had been banned from being played at a film festival due to high levels of violence.

The Killing Games takes place in a remote part of Canada. After witnessing the brutal murder of a couple and her best friend by two psychopaths Elysia runs home to her father who vows to do anything to protect her. Meanwhile a misfit bunch of criminals head out to do a heist which doesn't quite go according to plan. These two separate story-lines seem unrelated and play out almost like two different films but come together in an interesting way. 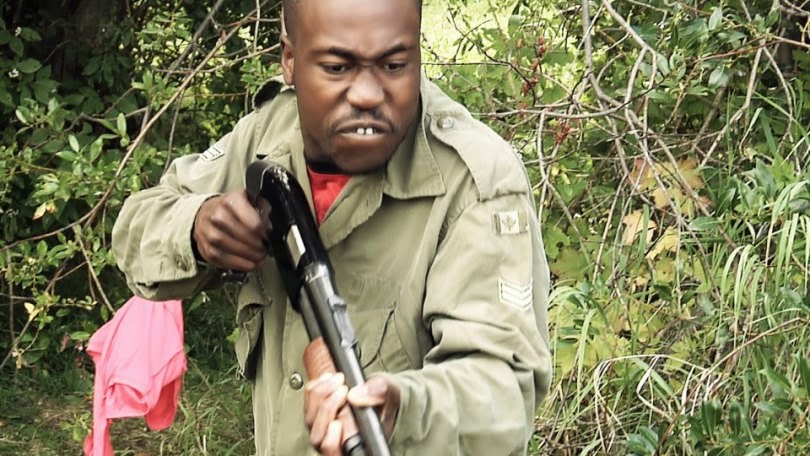 From the trailer I saw many moons ago this seemed like it was going to be a home invasion film but it is actually much deeper than that with the focus of the film different to what I expected. I thought it would revolve around the two psychos; Son of Satan (Edwin Autridge) and Dirty Jesus (John Scott). These two characters are nasty, awful scum who live to rape and kill anyone they wish to do so. I detested these characters but at the same time they are almost hypnotic in the way they carry on. Satan is almost feral, the physical acting is top notch here, Jesus on the other hand seems the more intelligent of the two though both are evenly matched. Their time in the film is limited but they manage to steal all their scenes and come across as quite menacing and intimidating.

From the brutal opener I was not sure I would get any enjoyment out of The Killing Games but as I settled in to the bad acting I found myself laughing out loud at the silliness of it all, the dialogue is ridiculous, the characters hyper unrealistic and everything is really surreal and barmy that I come to see that this appears to be completely intentional. For the most part I saw this as a darkly comedic venture, I can't recall the last time I laughed so much during a film. Characters constantly over explain everything over and over again; the wacky Birdman being the prime culprit. Characters also flip between emotions like they are all bi-polar being happy then super sad or angry then back to being happy all in the blink of an eye, is all so wonderfully inconsistent. 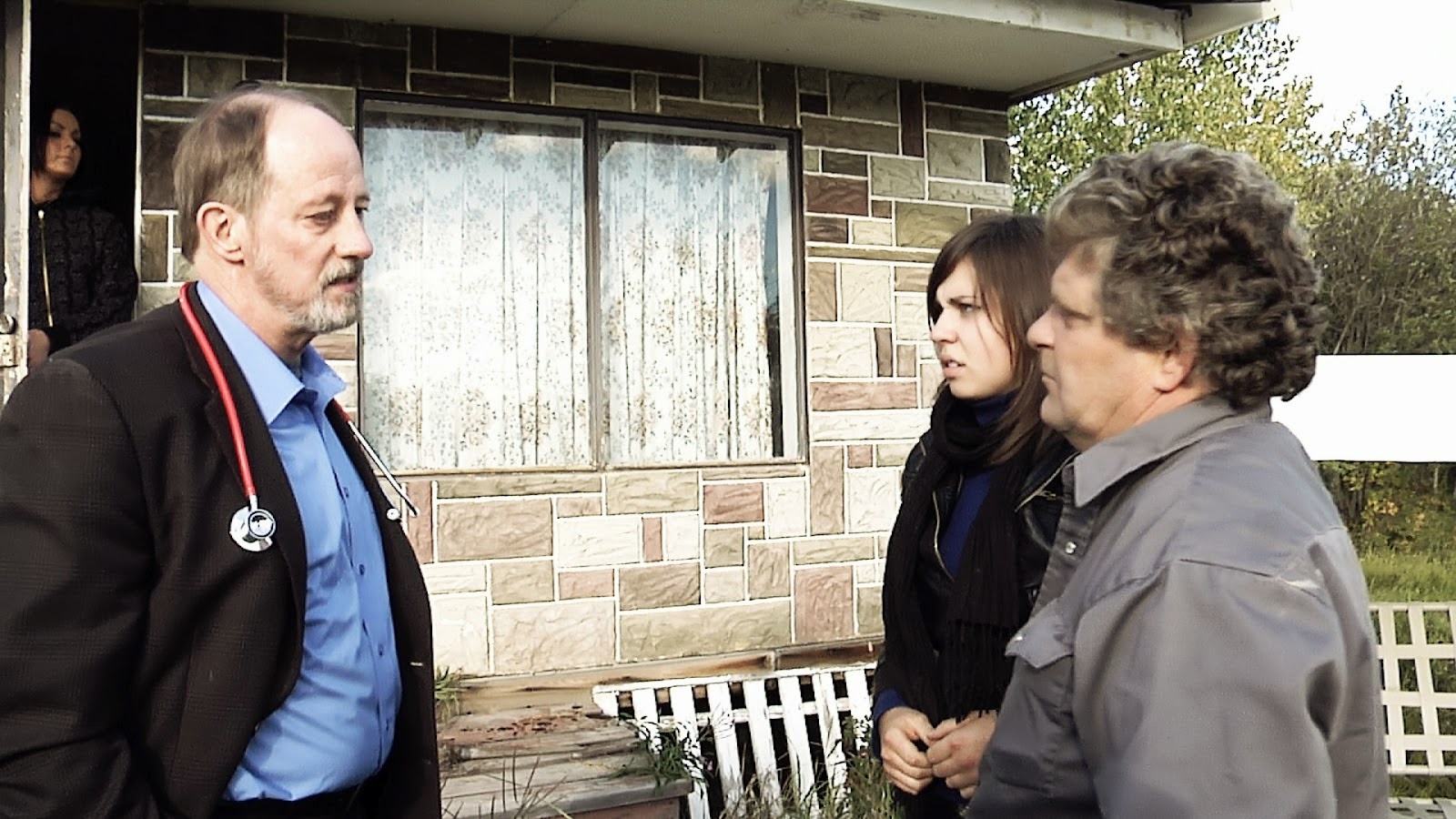 So for a film that has previously been banned is it extreme? Hell yes, there are a few rape scenes that were not pleasant to watch at all, quite a bit of nudity and bloody violence and bucketfuls of swearing. This seems to exist in an alternate reality where life is cheap. Case in point is Elysia who runs constantly screaming for what must have been a fair few hours but then as soon as she makes it home she starts acting like not much has happened, her Dad so unconcerned that he even leaves her to go help a stranger whose car has broken down. Meanwhile her cousin shows up who tells a macabre story and puts on a super violent film for her to watch. There are a few mini films and short stories told that are quite disturbing and cement the fact that what we are seeing doesn't take place in our dimension!

In general the acting is pretty bad but I can't tell if this was intentional, the weird gang of criminals in particular are so bizarre in how they all act that even the heavy use of drugs throughout can't explain away. So weird, but so funny at the same time. Barry J.Gillis has the makings of a cult classic here. It is not all silliness here though, the way the disparate plots thread together is very well done and there is a twisted sense of justice in that everyone who is killed in the film have been shown to have done immoral things earlier on in the film and so in a way deserve it (excluding the murders in the initial intro sequence). Special mention goes to Kim Sonderholm's genius bit part here (who I swear appears in every indie film that has ever been made!) 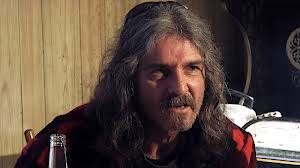 I enjoyed The Killing Games far more than I ever expected to, it is a unique experience and feels like a world like no other, surprised to find myself recommending this if it sounds like your thing.

Posted by Daniel Simmonds at 03:28