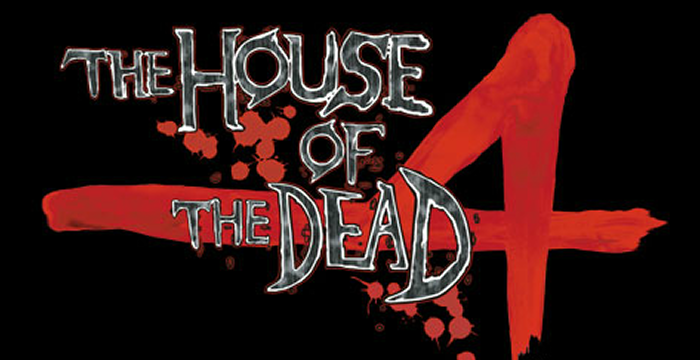 Originally released in Arcades in 2005 The House of the Dead 4 was then ported to Playstation 3 in 2012. I did actually play this once in the wild, the gimmick for this game was that you had a machine gun as your weapon. While this is able to be played with the Move controller I don't actually own one so had to play with a controller which is hardly ideal.

Set in 2003 three years after the events of The House of the Dead 2 (an old badly written review that links to!) this is actually a prequel to the third game. AMS agent James Taylor was at the AMS European HQ as he believed the events of the second game (in which a nameless European city came under zombie attack) were not over. Disaster strikes and he ends up getting trapped underground along with Kate Green (another agent). Three days pass and eventually they free themselves only to find another zombie invasion has begun. Having an idea of just who is responsible James with Kate tagging along head out into the zombie infested streets to search for answers. 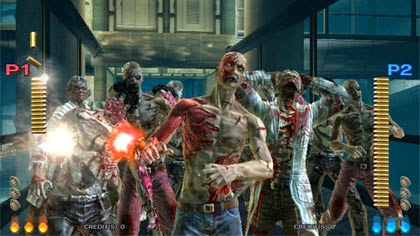 As always this is an on rails light gun game that sees you shooting your way past lots of undead. The machine gun weapon means the amount of zombies has been ramped up to high levels, most can be killed just by spray and praying, they seem to be far weaker to account for this increased amount. Zombies of various types are the main enemy though other creatures such as giant leeches, bat creatures and midgets also appear. I am never too sure of the lore but I suspect the zombies in this universe are all machine made rather than being what were once humans which explains away a lot of the repeated enemy types.

The bosses were the real highlight of The House of the Dead 2 for me but here they are nothing special at all seeming to be made up of various boss types already seen before. A lot of the bosses are just huge lumbering monsters with the weak spot usually being in roughly the same place each time. One giant fat boss was sort of fun as he was impervious to your attacks and your bullets sort of bounced off his flabby belly, and the final boss (like a technicolour fly-man giant) was well designed. 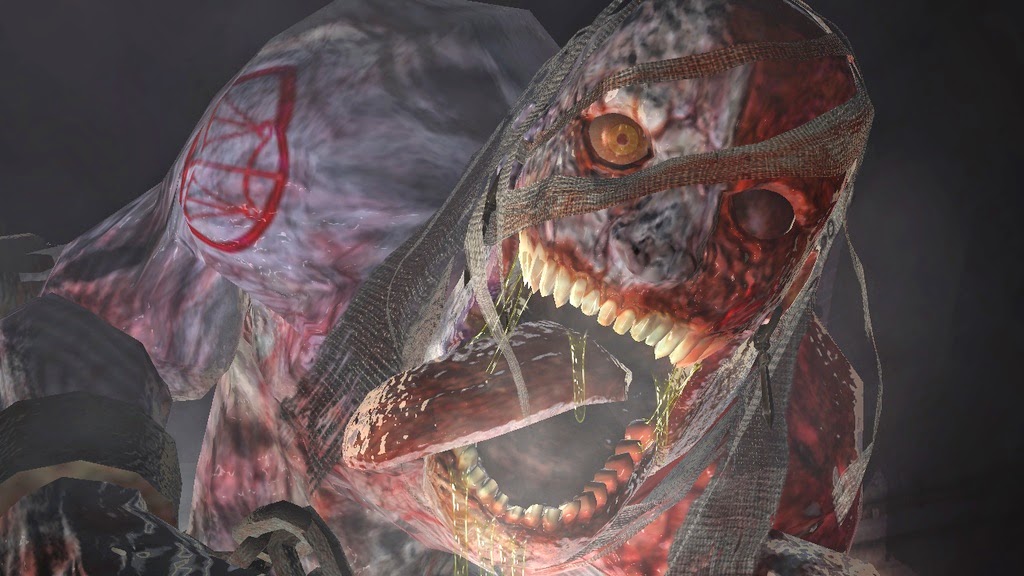 There are 6 stages in the main game that take in a series of dull locations such as a shopping district, subway, sewers and offices but also take you down memory lane by having you visit a couple of key locations from the second game. There are some alternate routes to take which provides some replay value. Completing the game opens up a new mode that is set after the events of the main game but only features two additional stages.

Previous games in the series have been quite gory (as gory as you can get with green blood anyway) with holes being shot through enemies and limbs shot off. This game though seems to dial back on the violence, enemies unsatisfyingly seem to kind of melt when shot and while the blood is now red it is so watery and hard to see that it may as well not be there. Everything in general seems more cartoon like. Another complaint with the graphic style is that reoccurring characters such as James and G look absolutely nothing like they did in the other games. 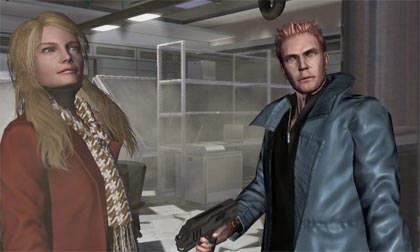 Being a Sega House of the Dead game the story is bananas and patchy at best. There is always a strange disconnect between the serious story and the jovial characters who make jokes and odd comments despite it looking like the end of the world. The voice acting as always is truly terrible and the plot just an excuse to get you fighting in various locations.

This is about as good as the third game which isn't really a compliment, nothing whatsoever to rival the brilliance of two. If you have a Move controller then add on an extra zombie head to my score, even then you will not be in for a thrill ride.

Posted by Daniel Simmonds at 02:16