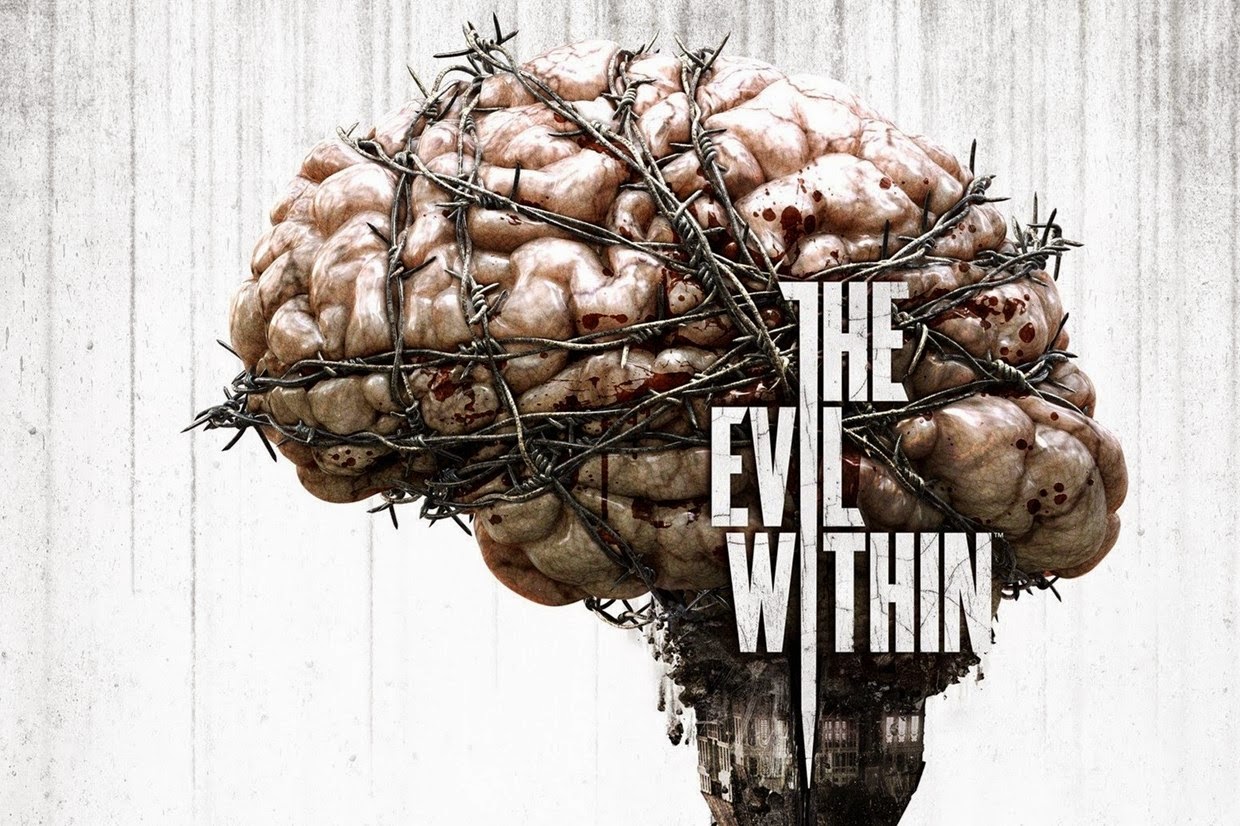 The Evil Within was one of the reasons I decided to finally get the new generation of consoles. Shinji Mikami (Resident Evil) directs the game and so was quite excited to finally play it. It is a traditional third person survival horror that incorporates a whole selection of the best and worst the genre has to offer.

You play as Detective Sebastian Castellanos who responds to a call about a mass murder at a mental hospital . Arriving there with your partner Joseph Oda as well as rookie detective Julie Kidman you start to investigate but are suddenly assaulted by a strange hooded man. Awakening tied up in the hospital basement by a maniac you make your escape, Soon a series of earthquakes decimate the area, and after a thrilling escape from a rapidly sinking city you find yourself all alone in a world that has gone..odd. 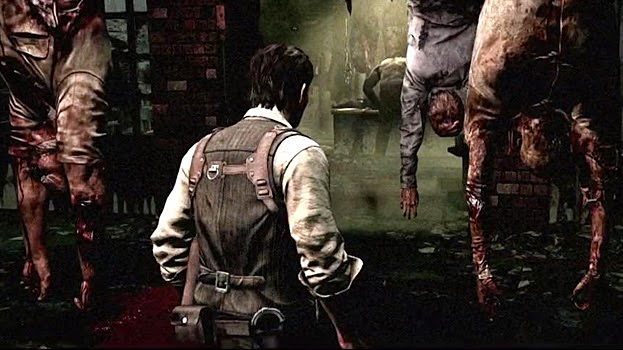 The Evil Within feels like an amalgamation of several different survival horrors of the last fifteen years. The amount of enemies and relatively realistic locations brought a nostalgic feeling of Alan Wake. The 'Haunted' which are the zombie type creatures you face in the game feel very similar to the crazies of that one. These Haunted are very susceptible to fire and limited matches you find can be used to burn their bodies to instantly kill them, similar to using light to kill the enemies in Alan Wake. It also reminded me quite a bit of Resident Evil 4 in the sheer amount of enemies you face which wasn't always a good thing, especially when you are stuck in arena type areas and unable to move on until a set amount of enemies have been killed. It also felt at times like a more combat focused Silent Hill, you have what I would call 'Nightmare' sections of the game but there isn't such a divide here between normal and nightmare worlds.

Some of the enemy design is fantastic, some poor and others merely average. The main enemy type of the Haunted are ok but not particularly imaginative though the fact you can shoot half their head off and they keep coming is awesome! Others include freaky looking giant spider ladies who scream at you, very unsettling. There are a tonne of 'super' enemies including a chainsaw wielding mad man right out of Resident Evil 4 and even a creature that resembled Pyramid Head from the Silent Hill games. Bosses on the most part are gigantic cancerous masses all multi limbed and organic. These bosses all melded into one a bit for me, I think this comes down to Japans love of body horror. Some of the bosses are pretty fun. One which chases you as you travel in a school bus was fantastic, but others are not so great. A fight in an underground car park was very frustrating as at that point in the game I had not upgraded my sprint ability and so just could not avoid it's attacks. 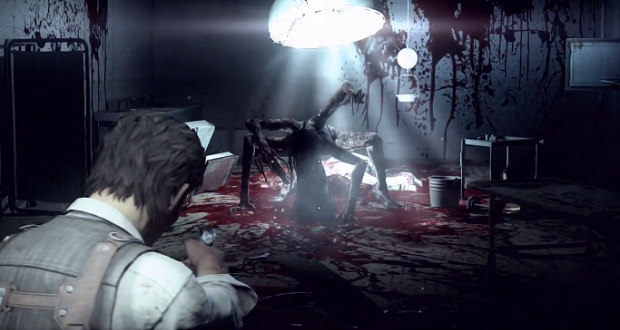 The Evil Within doesn't get off to a good start, the initial few chapters gently bring you into the world but did not leave a great impression. I was expecting a graphical leap and hadn't realised it was a cross generation game and so wasn't prepared for some pretty average graphics at times. The lighting looks amazing it must be said. Anyway pretty early into the game Sebastian falls into a tank of blood which was cool but not so great was when you climb out and his clothes are dry and perfect; ripped me out of the experience. This game is quite a mixed bag, when it is good it is fantastic and at the top of it's game, but when it is bad it is pretty frustrating. Thankfully there are plenty of great bits.

This really is a survival horror game and no point did I feel like I was over powered with health and ammo for your weapons constantly being low. For hours at a time I would feel like I was barely scrapping by, constantly near death and having to really make every shot count. I don't mind it being like this in the traditional old school sections but when you are dumped in an arena and made to battle never ending enemies with hardly any weapons it becomes not that fun. There are a lot of instant kills, at one point in the game it seemed every single enemy I faced had the ability to one hit kill me that led to a bit of cursing. In total I died 78 times throughout the 15 hour game so was quite a lot! 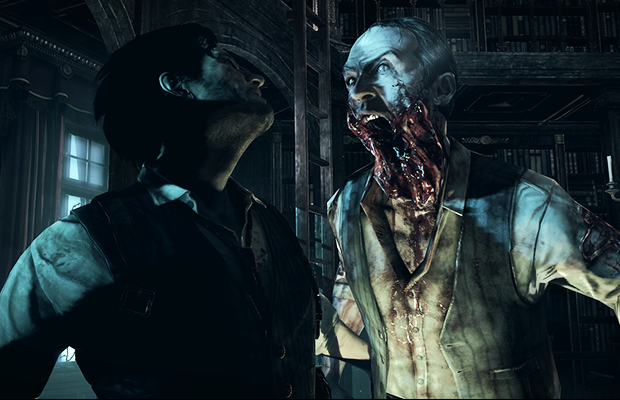 The Evil Within tries to straddle the line between old and new survival horror. There are plenty of times when you are slowly walking around atmospheric locations; one chapter that saw you exploring an old mansion reminded me heavily of Resident Evil and was a real highlight. The more focused chapters are far better designed than the ones that try and take you to many different places. New horror comes in the form of the amount of enemies you face, it is a ridiculous number (I had a kill count of over 400 by the game end)  and usually when you get to a more open area you just know it is time to be attacked in mass.

Where you go in the game is very varied but also really quite confusing. The plot gives wiggle room for why you are constantly in new places (are you actually in someone else's nightmare?) and in that respect it makes sense I just wish there was more of a natural progression. At times I felt like I wasn't really doing much, more like playing a series of unconnected games. A recap each time you start a new chapter would have been a lot of help as I usually started a new chapter having totally forgotten how I got to the new location I found myself in. Some places are really good such as the mansion I mentioned, as well as a subway, a church and a beautiful Sunflower field, but others are bland as anything. There are quite a few chapters set in a very grey looking city that reused assets to the degree that there seemed to be at least nine or ten identical coffee shops within a few blocks of each other and the last chapter feels very artificial and game like in where you go and what you do. 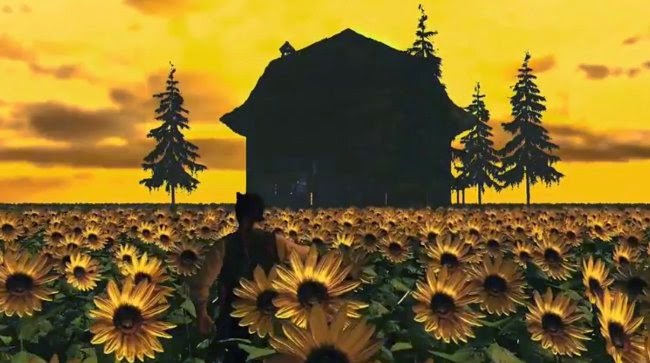 You get access to a pistol, magnum, shotgun and sniper rifle as you progress but the most unique weapon is a crossbow named the Agony Crossbow that can hold a variety of different bolts that can explode, freeze enemies, stun enemies, poison them, set them on fire and a few other types which made for quite a bit of variety. All your weapons and many other facets of your character can be upgraded in the many save rooms by using a green gel that enemies drop and can be found in the environment. It is not impossible to upgrade everything in one play though so was nice to see there is a 'new game plus' option that carries over all your upgrades you make. Also levels are riddled with traps; from bear traps to trip wires and acid vats. All of these can be either dismantled to give you ammo for your crossbow or can also be used on enemies if you trick them into the traps.

The story is quite weak and while it eventually makes sense it is nothing special with all the twists and turns unexciting. The characters including Sebastian himself are all bland and feel very artificial. No one seems to be bothered at the horror they find themselves in and just are not very fleshed out at all. The antagonist of the game is badly designed (a guy wearing a hood) and was not a scary presence in the slightest. 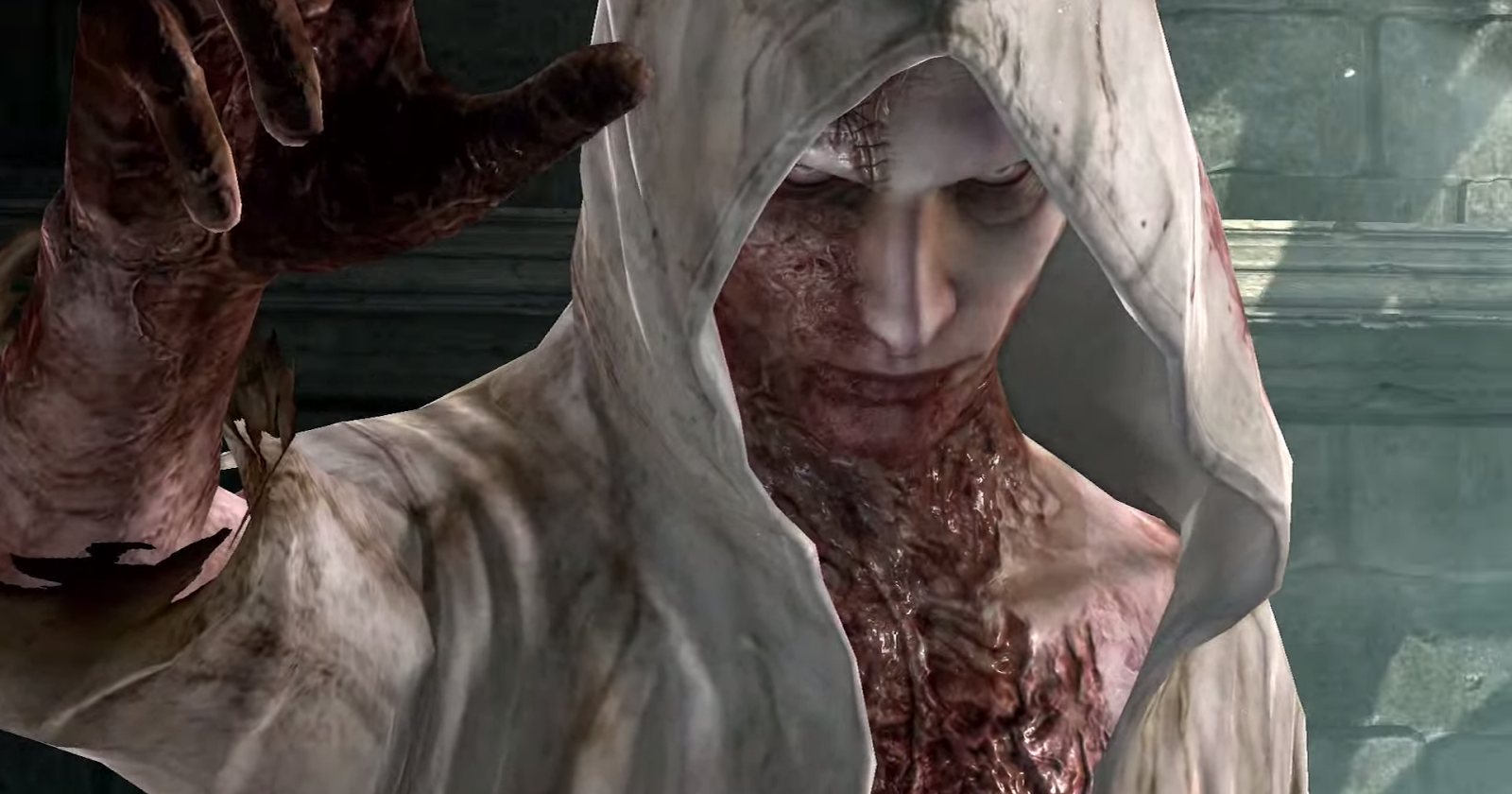 Just like Resident Evil 6 there is always something new to do, late into the game new mechanics are still being introduced to keep things fresh. Stealth sections, gun turrets, enemy arenas, environmental puzzles and chase sequences these and many more devices are used to successfully spice things up (a boss fight in a meat locker for example). This is not really a scary game |(it has it's moments) but there are large amounts of blood and gore to keep things fun

I have spoken a lot of bad things about The Evil Within and yet I still found myself liking it despite its many faults. When it is on a roll this is a really neat game, some of the level designs are awesome, it is not ashamed to be a game rather than rely on realistic design; a meat factory sequence filled with traps is a case in point. I love the unique save room and there is no faulting the music either and there is plenty of game for your money. Cumbersome animation (unable to move at all if you run out of stamina was very frustrating!), some occasionally sub par graphics and a mediocre story, as well as far too much combat all bring it down from being a great game to just a good game which is a shame.

I have recently played this again in preparation for The Evil Within 2 and while I had a lot more fun (though I did play on easy as was doing it for the story) a lot of the issues I had still ring true. That is except for the story as the seemingly random locations made much more sense second time around. I reckon I may have given this an 8/10 based on this newer playthrough.
Posted by Daniel Simmonds at 14:12