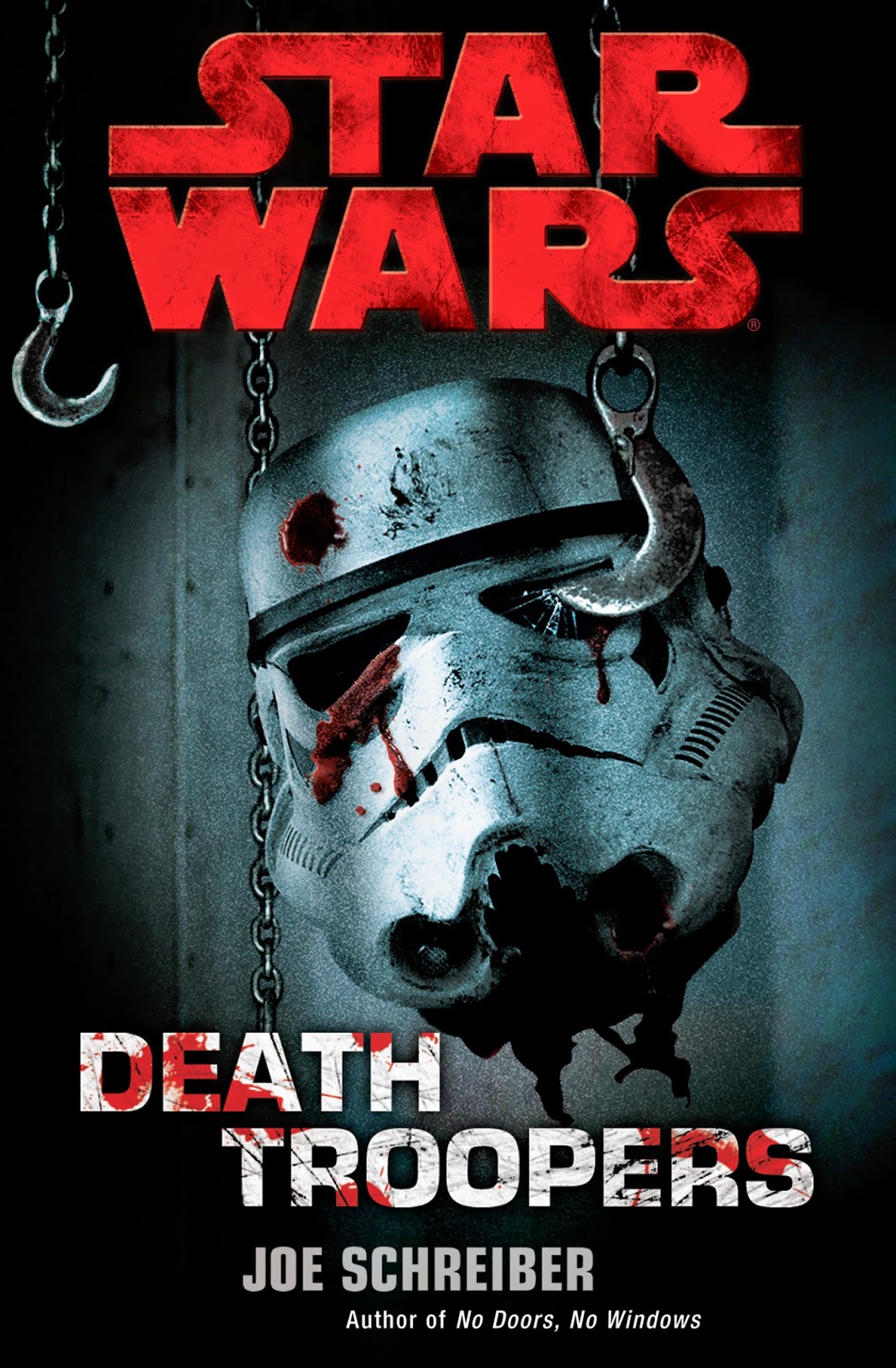 A zombie book set in the Star Wars universe? An interesting prospect for sure, while I am not the biggest Star Wars fan (the original trilogy of films are of course stone cold classics) I was curious as to how this book would be. Would it be zombie-lite with the undead menace being muted versions of their violent predecessors to appeal to the kid friendly Star Wars crowd or would the graphic violence associated with rotting ghouls still be there?

The Imperial prison barge 'Purge' is en route to a prison planet when it breaks down in remote space. Coincidentally or so it seems an abandoned Star Destroyer is also in the area. A small boarding crew enter the gigantic ship in hopes of finding spare parts needed to fix the Purge's engines. However when they return they unknowingly bring with them a strange virus that spreads like wildfire throughout Purge killing all but six of the one thousand officers and prisoners on the ship. Things go from bad to worse for the survivors as the dead suddenly return to life with only death and destruction on their minds...

A few thing made me wary of how good a zombie story Death Troopers would be. First off is that two of the primary characters are teenage boys; Kale and his younger brother Trig. I expected that these two being featured so heavily would mean that my fears were founded and this would be relatively peril free.
The second and far bigger worry was the sudden appearance of two characters from the original Star Wars trilogy, Is a mild spoiler but pretty early on Han Solo and Chewbacca appear, they just happen to be prisoners on the Purge. I had to stop reading with the ridiculous appearance of these two. First of all them fighting zombies is a weird thing to get my head around, but even worse is that with Death Troopers being canon in the Star Wars universe (at least up until Disney brought the brand) there is literally no way these two were going to have any zombie related harm come to them. A big part of the fun of zombie novels is that in general anyone can become a victim, all it takes is one bite so to then have 33% of your main cast automatically zombie proof puts a slight dampener on things.

The zombies of Death Troopers are certainly dead and there are good reasons for how they come to be though not really surprising what with the Imperials being basically Space Nazis and so evil as they come. These ghouls work together, attacking together for the most part and get more intelligent as time goes on. It is a good transition with them slowly start to use blasters to attack at around the half way point and more after that. There is a lot of violence here with limbs removed, heads splattered and a pleasing number of character deaths. One sequence in which a character has to climb a mountain of corpse was really quite well done.

For the most part Schreiber's story telling is functional, making this a pretty straight forward zombie story but there are some highlights and his short snappy chapters work really well making it hard to put down. Some of the motivations and back story for his main characters are pretty cheesy but zombified Storm Troopers and Wookies (!) make up for this. There are not too many zombie stories set in space either, so another plus point as at times this feels like the plot of Dead Space.

I actually enjoyed Death Troopers a lot more than I expected to, if you even have a passing interest in both Star Wars and zombies then this book is for you.

Posted by Daniel Simmonds at 11:43