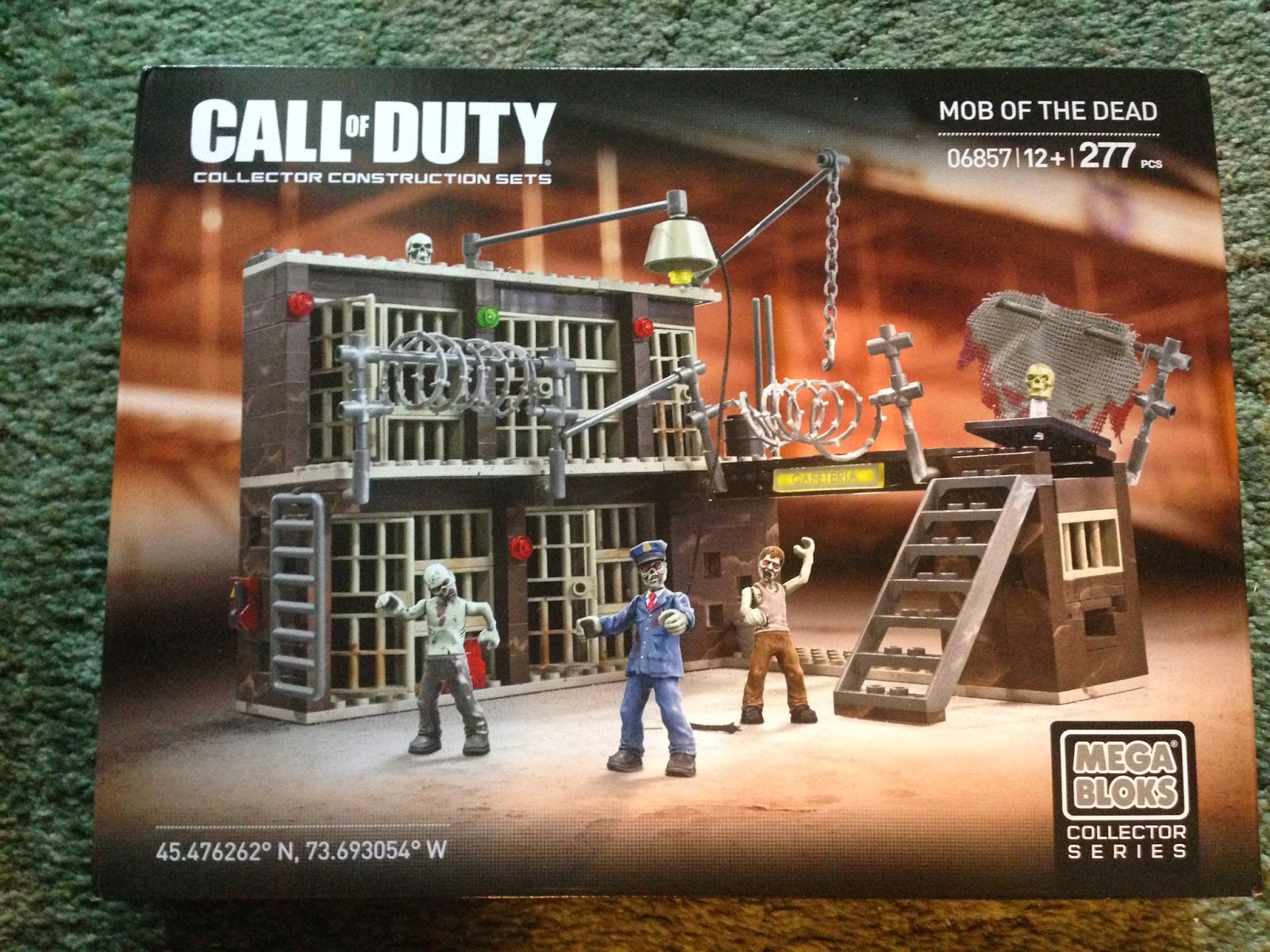 I recently did a blog post about the Call of Duty: Black Ops II zombie maps so it was good fortune that I then received an email asking if I wanted to review a Mega Bloks construction set based on the map 'Mob of the Dead' from that game. It seems strange to base this on a map which itself is only available as DLC but I am pleased it exists.


Now I do not get on with building things in general so when I saw this consisted of 277 separate pieces my heart sank a little, but setting aside some time and with the new Slipknot album on to accompany me I took to construction. It took me around two hours to build (with an album change halfway through to Surgeon Marta) and it really was not that much of a chore. It comes with large instructions taking you on a step by step pictured guide and while I did go wrong a few times in general it was satisfying and simple to make. 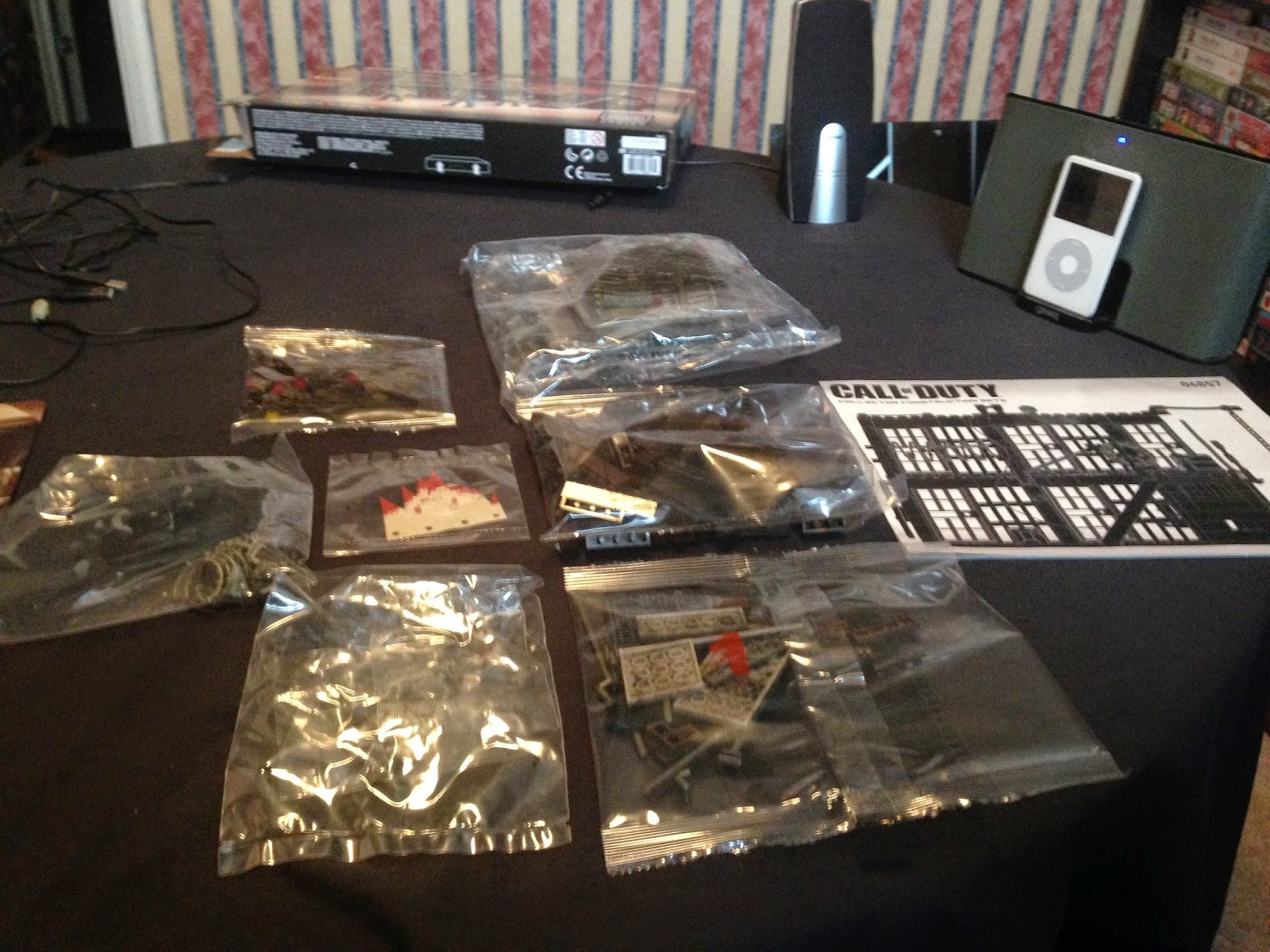 I have never heard of Mega Bloks but it is quite like Lego but in my opinion actually better as everything has a more realistic design and this set is less childish. The bricks and floor pieces have a cool grimy look to them and there are several pieces on the set that are movable. You can pull the switch on an electricity box while a ladder can be raised and lowered. The set features five cells whose doors can be opened and the light fixture and hanging chain can be moved from side to side. By far the most fun part is a trap door that can be opened to reveal a dark cell.

There are three miniature zombie figures that come with it; two normal zombies and a prison guard zombie that comes complete with a revolver. These zombies have movable arms and also movable heads so they can be displayed looking up or down. 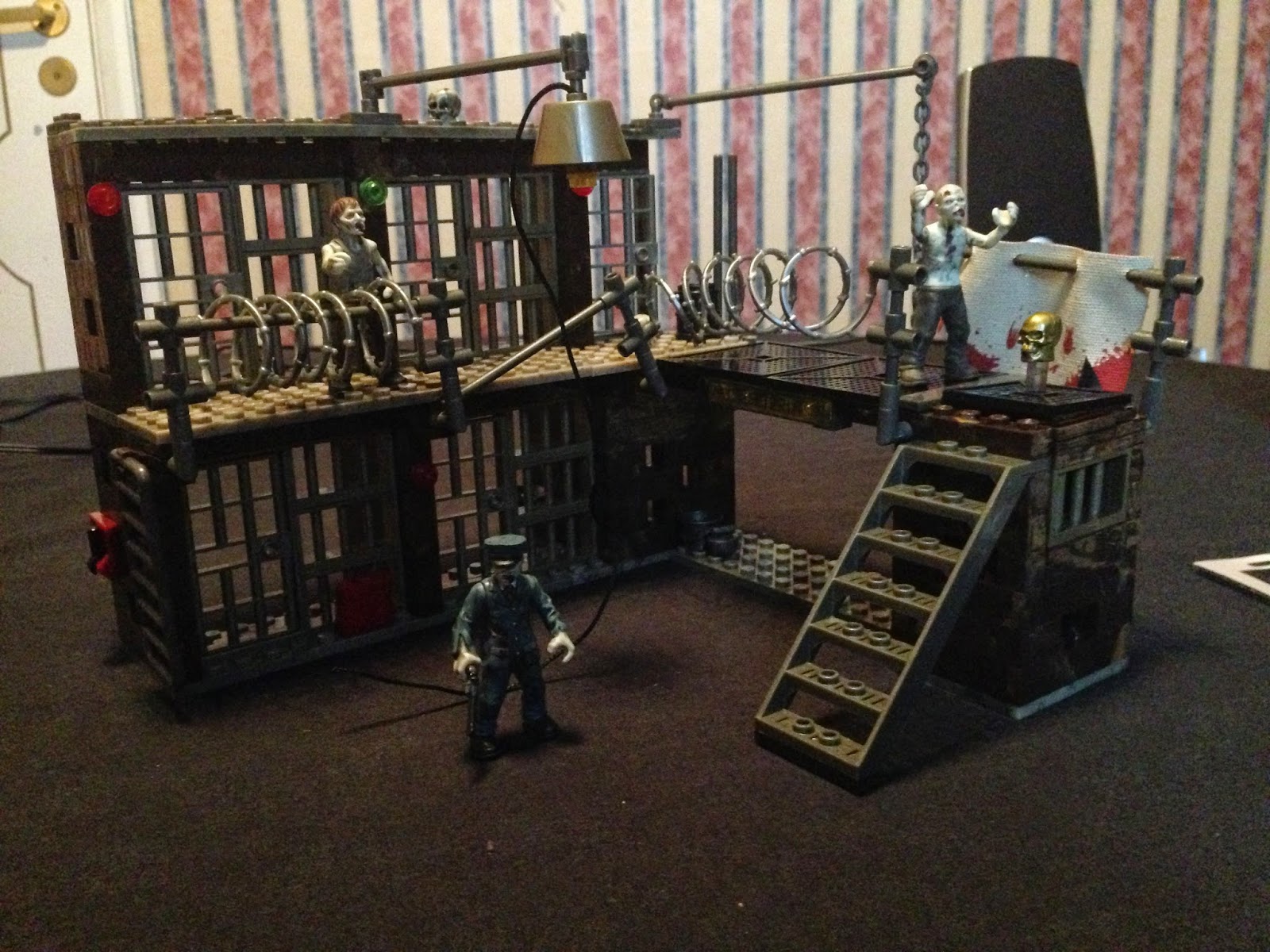 While based on the Call of Duty zombie map it doesn't share too much with that games design. You get a golden floating skull that resembles the Instant Kill perk while the barbed wire,electricity box,and Cafeteria sign also reminded me of the level. It seems it was more based on the idea of a prison than that map in particular. At £29.99 I feel it is a bit expensive but having a look at similar products this does seem to be the norm for this type of thing and the amount of high quality pieces you get for your money can not be debated. 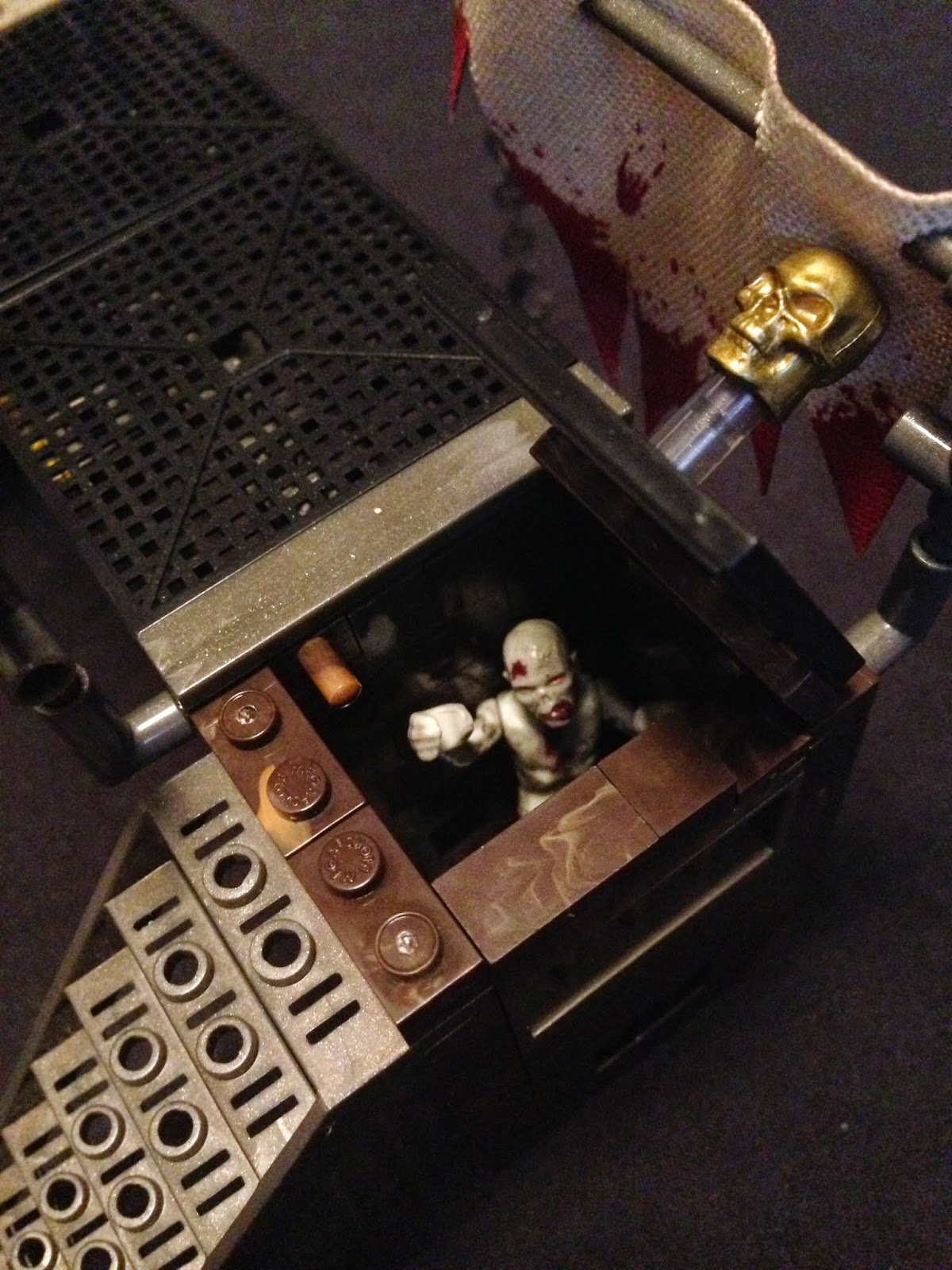 If your after something zombie based that is different then this is the thing for you, until I was contacted about this I didn't even realise things like this existed. There are also quite a few other sets based on Call of Duty including a few smaller zombie ones. The only real negative apart from the fact it doesn't have much to do with the game is that it is slightly on the expensive side. This does makes for a great talking point, oozes quality and looks pretty cool,