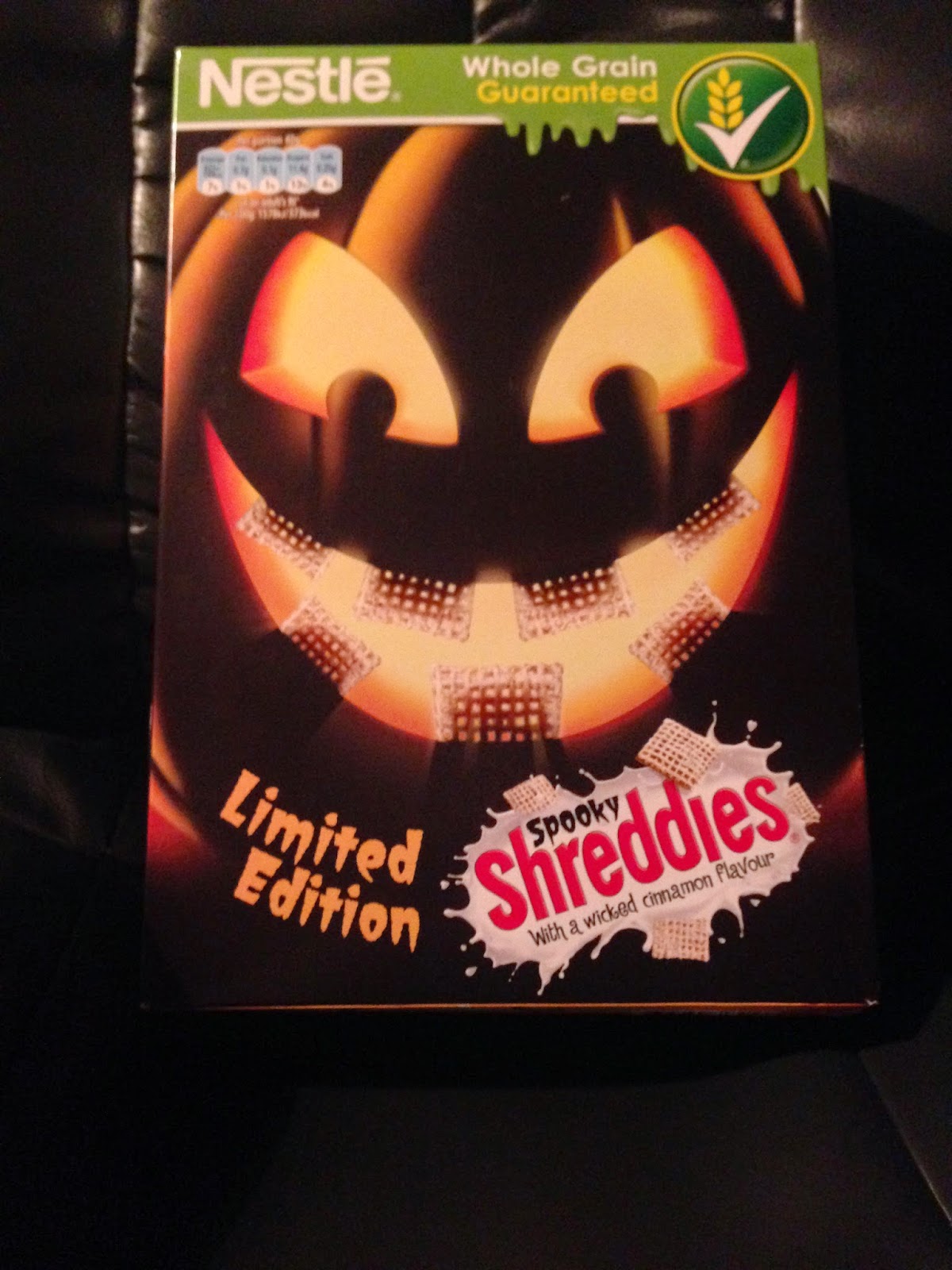 This time of year you find many food items re-branding themselves to cash in on the best holiday of the year. I wish shops displayed horror items in their windows all year round. A selection of cakes was what I reviewed last year but this time is the turn of cereal.

Spooky Shreddies promise to dazzle me with a wicked cinnamon flavour but first up the box. A traditional spooky albeit cartoon style pumpkin which in a nice touch has individual Shreddies for teeth. The side of the box says 'For your wicked side', I guess by that it means the side that thinks it is a great idea to eat sugary food rather than fruit and or vegetables.

Onto the food itself. I expected razor blades, I expected satanic pendants and I expected pure fear but instead there was just the usual deal; a sealed bag that contains Shreddies. The Shreddies themselves are ok, they taste as described but I have to confess a lack of horror from eating them though the milk was a bit sweet and sickly from all the sugar.

Once again I have been lied to. There is nothing here whatsoever that could be considered spooky about this cereal apart from a slight incident when the packet was first opened and I got whisked around my house by some unseen malevolent force, but I'm sure the timing was just coincidental.

Posted by Daniel Simmonds at 13:00