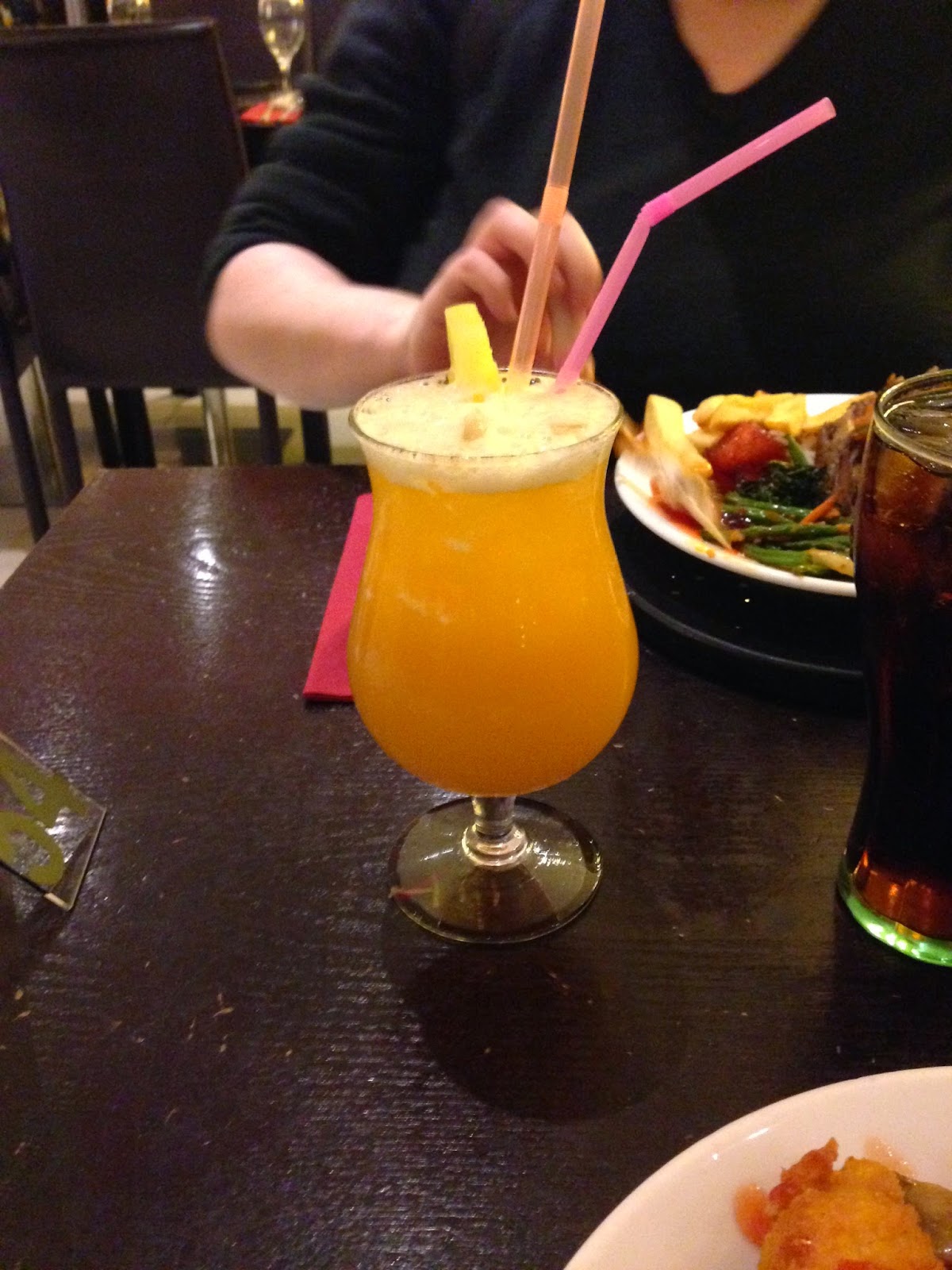 I am over halfway into my quest to do a blog post for every month of October, today is a smaller post as it has gotten quite late at night and I have yet to provide for the day. Today I will be talking about horror themed alcohol.

First up is the cocktail named Zombie. I first had Zombie many years ago at a student bar. The barman did not seem sure what constituted a Zombie and so just made up a drink that was green in colour. He also did not seem to know what price it should be or how much in quantity it should be. Sometimes I would be given a pint glass of Zombie for £5 on other occasions I was charged around £9 for the same drink but in a half pint glass.
Anyway the official Zombie cocktail is actually orange/yellow in colour. My friend Lucinda ordered one yesterday and always on the look out for easy blog posts I took a picture. The menu describes it as having rum, apricot, grenadine, pineapple and lime. A bit too sweet a taste and I like to imagine it rots your stomach. 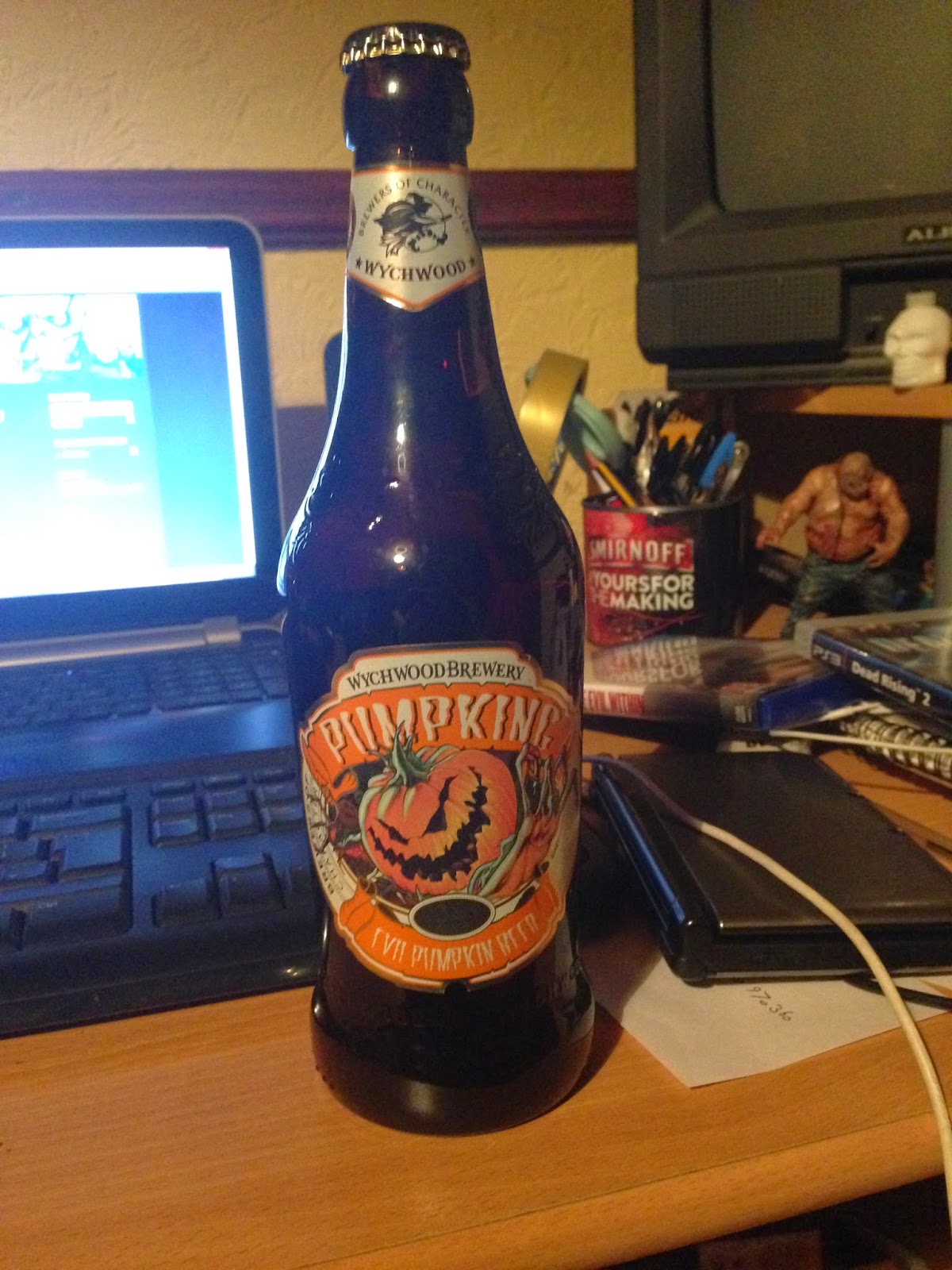 Next up is Pumpking described as an 'evil pumpkin beer' that is brewed with pumpkin and mace. It wasn't bad, only 3.8% but tastes quite deep and was super cheap. I watched the last episode of season 1 of American Horror Story, it went well with that palate.
Posted by Daniel Simmonds at 13:22