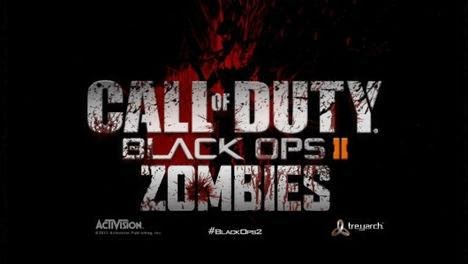 I could hardly do a blog post about the first Call of Duty: Black Ops zombie mode without doing a follow up on the zombie maps and modes of Black Ops II. This time around for whatever reason the graphics don't appear to be as solid. There are far more modes to play on the levels but for bizarre reasons only certain maps feature certain modes.

The maps that come with the game attempted something different in that they are far smaller than previous ones but there is a bus that you can get on which drives you around between them all. Sounds better than it actually is in practice as it is quite hard to visit all the maps this way. Just like my Black Ops post I will do a run down of each of the zombie maps available. 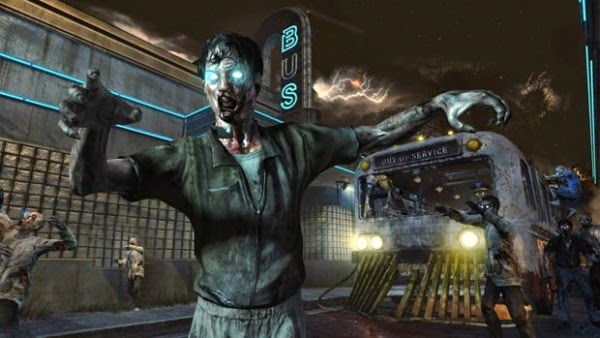 Bus Depot - A small map set surprisingly at a bus depot. A fan can be constructed to bypass sealed doors whilst several rounds into it the ground breaks open revealing lava. This and the other maps that make up Green Run (more on that later) all feature these lava cracks in the ground. Walking on them causes your character to take damage while zombies are set on fire if they touch the lava. These lava zombies explode once killed. There are two modes for Bus Depot, the first is Tranzit which has the bus that takes you round to all four initial maps, whilst Survival has you surviving as many rounds as possible but without the benefit of any perks.

Town - Takes place in a medium sized destroyed lava filled town which features a bank, a bar and plenty of ruined cars. There are again two modes; Grief which is a multiplayer mode in which you are pitted against a second team and so must try and survive longer than them, and Survival which on this map lets you use perks. 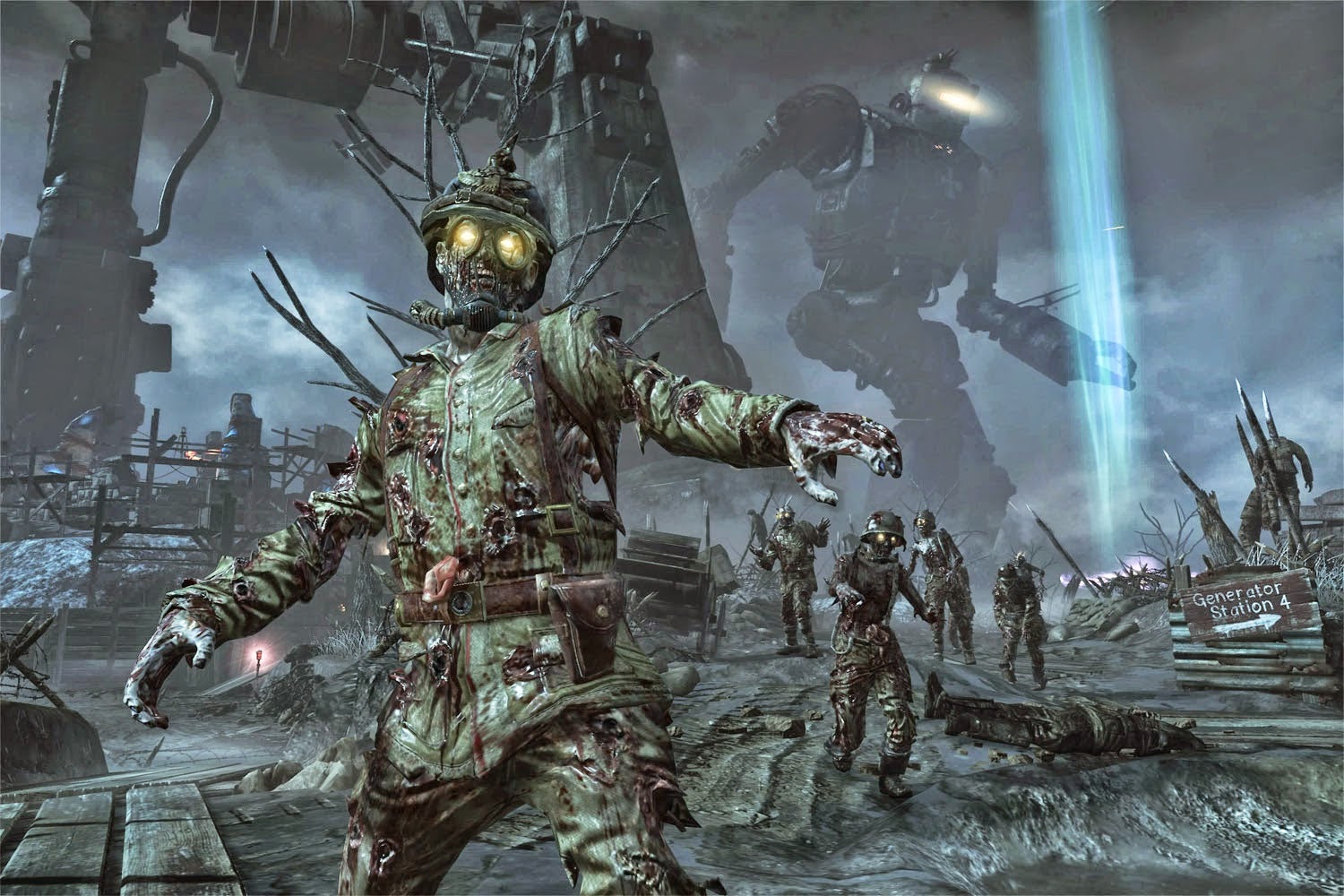 Farm - A small map that features a barn and a farmhouse. This location is full of smoky fog, one of the better levels. Like Town this features Grief and Survival as the modes.

Diner - You can get here on the bus route in Bus Depot's Tranzit mode but you can also play Turned on this level set around a diner (such unoriginal names!). Turned is a fantastic mode in which one player is a zombie who then has to attack the human players. Kill a human and they become the zombie, if a human kills the zombie they get a weapon upgrade. These four levels together make up Green Run. There is quite the post apocalyptic theme going on here which spreads over into some of the other maps as shall become apparent. 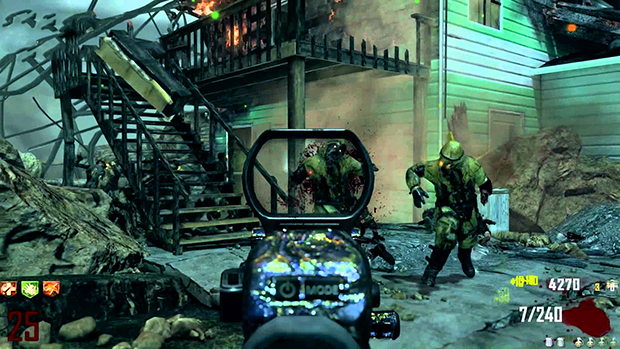 Nuketown - One of the most popular maps from the multiplayer game gets reinvented here. It is still the classic Nuketown design but apocalyptic with buildings in ruins and a giant mushroom cloud in the distance. The small size makes for some frantic battles, especially the houses which create giant bottlenecks. Me and my awesome friend Lucinda once managed to get to Round 20 which for me was a fantastic achievement! The only mode for this level is Survival.

Alcatraz Island - As the name suggests this takes place in Alcatraz Prison. Set during new years eve 1933 this has you playing as one of four gangsters voiced by Joe Pantoliano, Ray Liotta, Michael Madsen and Chazz Palminteri as you battle zombified guards and inmates. There is also a hulking zombie that appears to hunt you down. There are two modes; Grief which is set in a part of the map called Cell Block, and a story based mode called Mob of the Dead. Mob of the Dead is the first and only zombie mode that is actually completable and starts with an intro sequence showing how the four gangsters escape their prison cells only to find themselves caught up in zombie apocalypse and killed. The game itself starts with you as a ghost and having to resurrect your corpse. There are electricity boxes dotted throughout the huge location that you can use to kill yourself which is actually a useful thing to do as in your ghost form you can reach high ledges, use your electricity attack to activate switches, and pass through certain walls. A great level which is super fun. 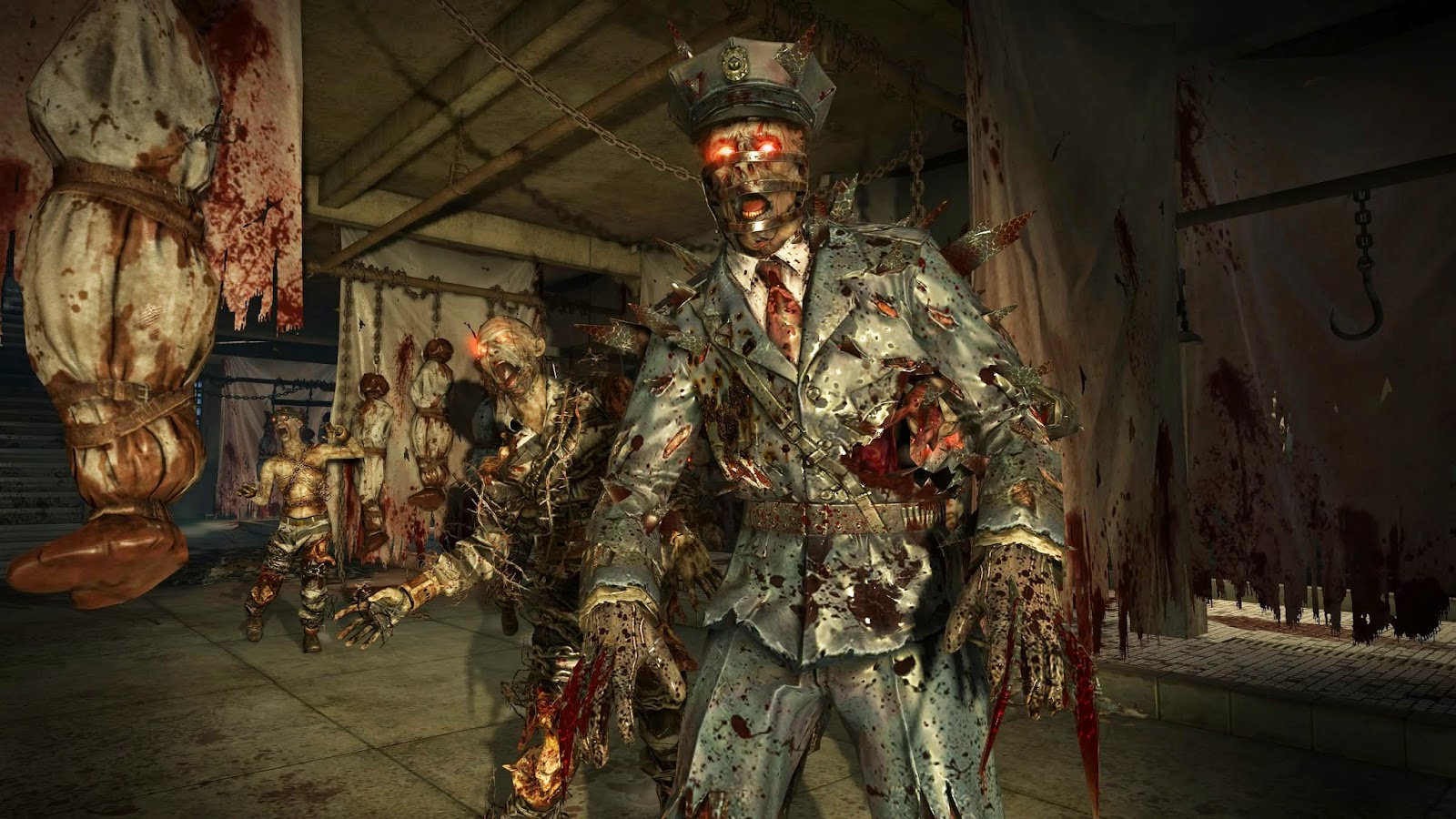 Excavation Site 64 - The map is set in Northern France in 1918 during World War I and reveals how the zombies in zombie mode came to be. There is just the one mode titled Origins and this starts with an ace intro scene showing German soldiers uncovering zombified knights and then the four player controlled characters being introduced (the four which are in the majority of zombie maps). Zombie soldiers are the main enemy type but there are six machines dotted around the map which when activated spawn in zombie knights. Throughout you get story about about a creepy girl who may be the key to the zombies origins. There are gigantic robots roaming the level, they are as tall as buildings and can crush you underfoot if your not careful! A lot of the map takes place in bunkers and trenches.

Resolution 1295 - This map is set in an underground Western town and has you fighting cowboy zombies. There are three modes, the first is Buried and has an intro sequence featuring the four characters from the Green Run levels who are trying to survive in a post apocalyptic world. The level starts in a factory on the surface but a broken floor leads down to the secret town that has shops, a church, courthouse and more, quite a confined map with lots of corridors so you never feel safe as there is hardly any open areas. The other two modes are Turned and Grief and take place exclusively underground. 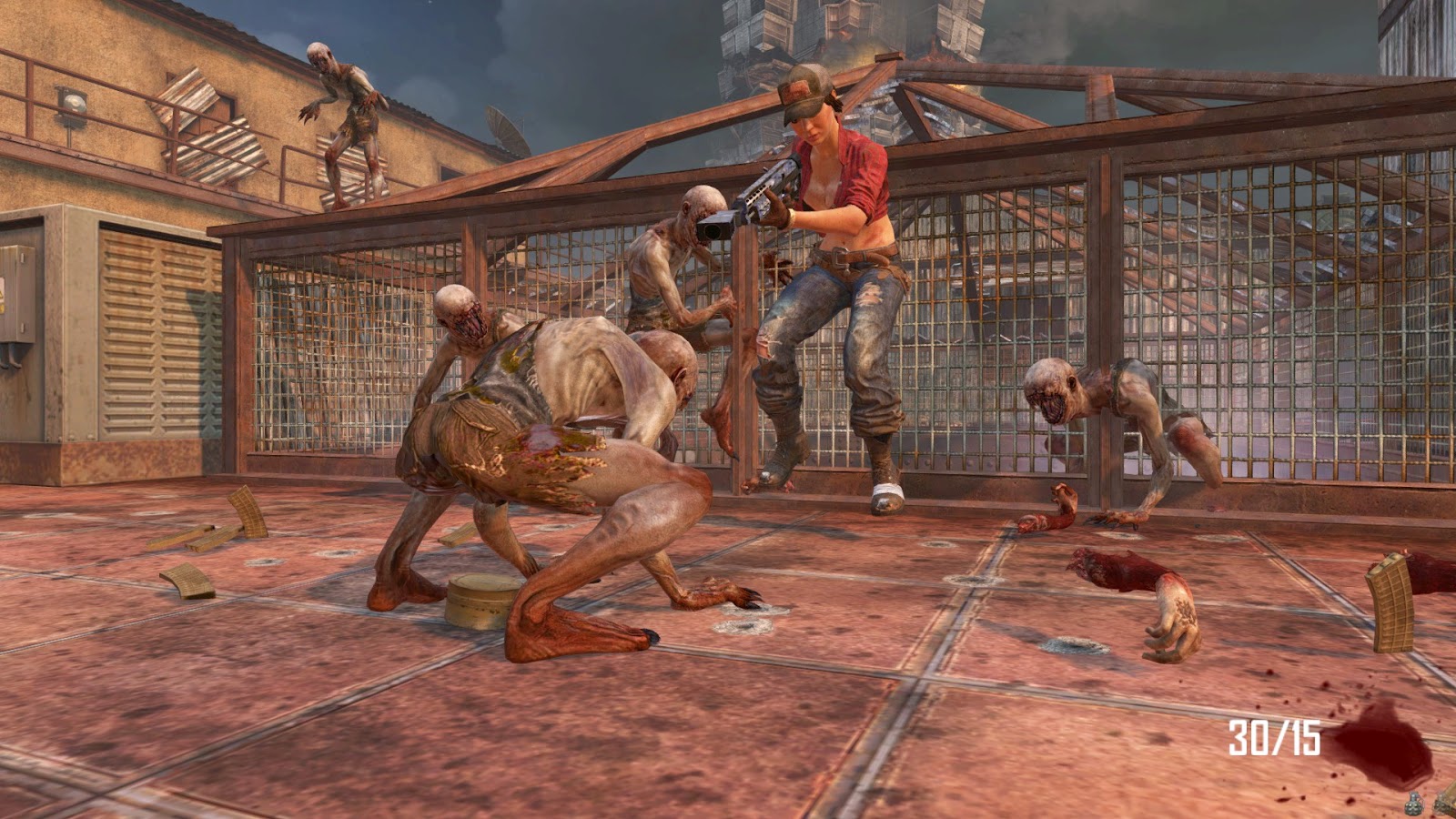 Great Leap Forward - The last map is again post apocalyptic and takes place over two ruined tower blocks in China. There is just the one mode called Die Rise which again features an intro sequence. The tower block features a few benches to assemble items, one of these lets you create a gun that shoots purple goo that kills zombies on contact but also makes the floor super slippy making you and the zombies slip and slide. Once the power is turned on you can ride the elevators to the roof top where you can leap to an adjacent tower block. Every five or so rounds you must survive against leaping monkey type monsters who don't deal too much damage but are tricky to shoot. I love this giant level, loads of fun!

At first I was disappointed with the zombie levels in Black Ops II, the default ones are not that great and I see the ability to travel between maps as a failed experiment. The DLC zombie maps though are so well designed and make for some great variety. I just wish there had been the option to do all game modes on each map rather than being confined to certain ones.
Posted by Daniel Simmonds at 13:01