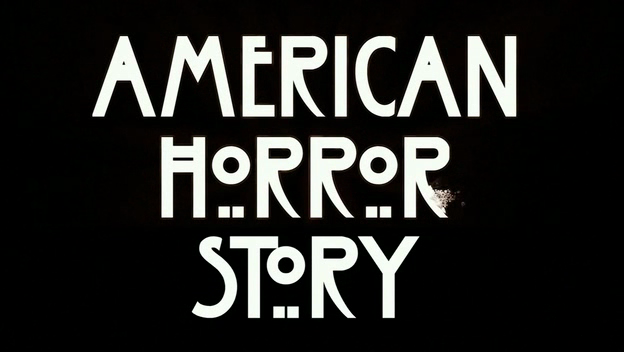 This was recommended to me well over a year ago but it has taken me this long to get around to watching it. American Horror Story has been described as an anthology series with each season having its own self contained story in a different location. Season 1 also known as American Horror Story: Murder House takes place in a haunted house.

Psychiatrist Ben Harmon (Dylan McDermott), his wife Vivian (Connie Britton), and teenage daughter Violet (Taissa Farmiga) move to Los Angeles to make a new start after Vivian had a miscarriage and Ben cheated on her with one of his students. Unfortunately they choose a place locally known as 'murder house' due to the high number of violent deaths that have occurred there. It seems there is some sort of curse upon the house and that anyone who dies within the property are to forever be trapped there. 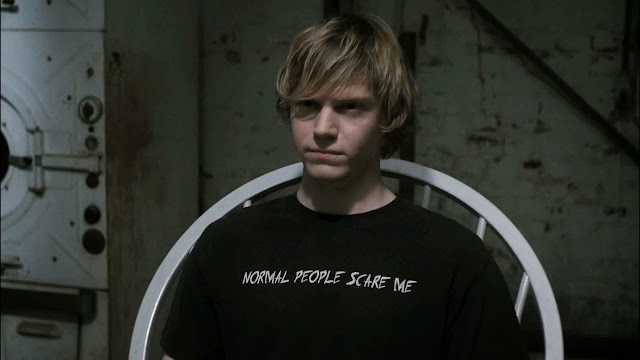 At first I fully expected American Horror Story to be a scary horror show and this was backed up by the introduction to episode one in which two boys in the 1980s are brutally killed in the basement while exploring the (at the time) abandoned property. However it soon turns into something all of its own, albeit something with strong horror tendencies on the side. There are twelve episodes and while there is an over lying story set in present day many of the episodes start with a flashback to a previous occupant of the house; from a gay couple on the verge of breaking up in the 2000s to some student nurses living there in the 1970s there are many time periods covered, all ending in tragedy which comes to have some effect on the present day storyline.

The show looks fantastic and really appears to have had a strong budget with it being almost film quality with fantastic acting, a great soundtrack and expert editing that made it a joy to watch. It doesn't shy on violence either and there is plenty of blood and gore with people getting killed in a large number of ways (such as a graphic dream a women is describing of her being sliced in half by an elevator being played out). 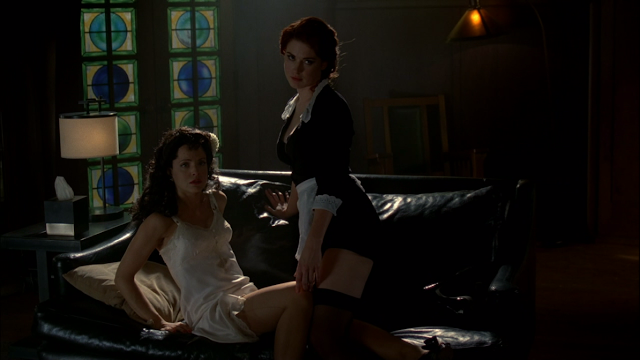 The main angle of season one appears to be infidelity with this theme cropping up time and time again. The plot itself is really interesting and leads you to slowly being given the clues to work out what is going on. With so many visitors to the Harmon household, many just appearing out of nowhere it at times seems like pretty much every character they meet may already be dead. The side characters are interesting in their own right such as troubled teen Tate who seems obsessed with going on a school based killing spree, and horrifically disfigured Larry who seems to know that the house is a bad place.

American Horror Story is not a scary show (though the intro credits are always freaky) but this doesn't take away from the experience when it is so polished and interesting as this. Some of the plot twists really blew my mind and the feel as a whole borders on a David Lynch style at times with lots of surreal-ness portrayed as normal and a heady mix of sex and violence (and just who is the killer wearing the gimp suit?). A lot of the characters may be ambiguous and morally grey but even the ones I did not like were still well developed. Well worth watching.