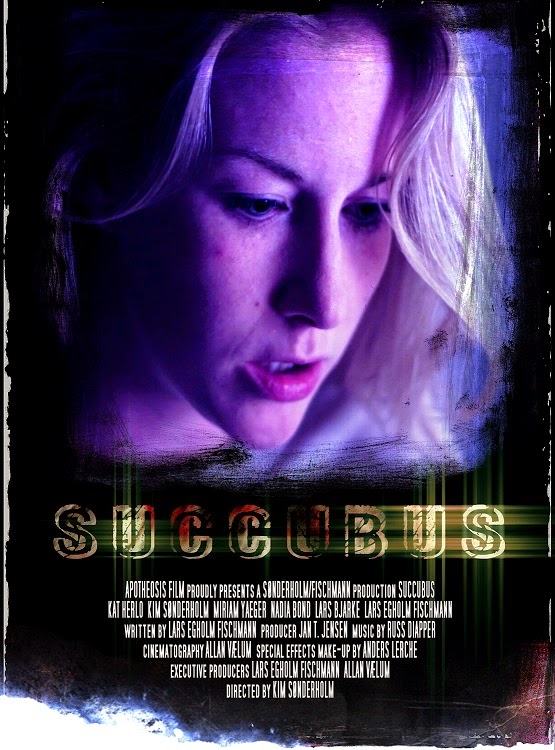 Just over a year ago I reviewed Sinister Visions that was a compilation of lots of small horror tales. One of those was Succubus directed by prolific horror actor Kim Sonderholm. At the time I said I was left disappointed in that nothing was resolved. Succubus is now available to watch online.

In the 18 minute short Emma (Kat Herlo) accidentally breaks open a strange egg shaped device at an archaeological dig out in a desert. Retuning home she finds out she seems to have a demonic force living inside her body, compelling her to go and find men so she can drain their life force. Watching Succubus again I still mostly stand by what I said. The special effects are quite cool but there is not too much horror to speak of but the directing is quite good. If you want to check it out then head over to Ekko's Shortlist where it can be viewed for free if only to see some funky dancing in a night club (my favourite scene for some reason).
Posted by Daniel Simmonds at 10:42