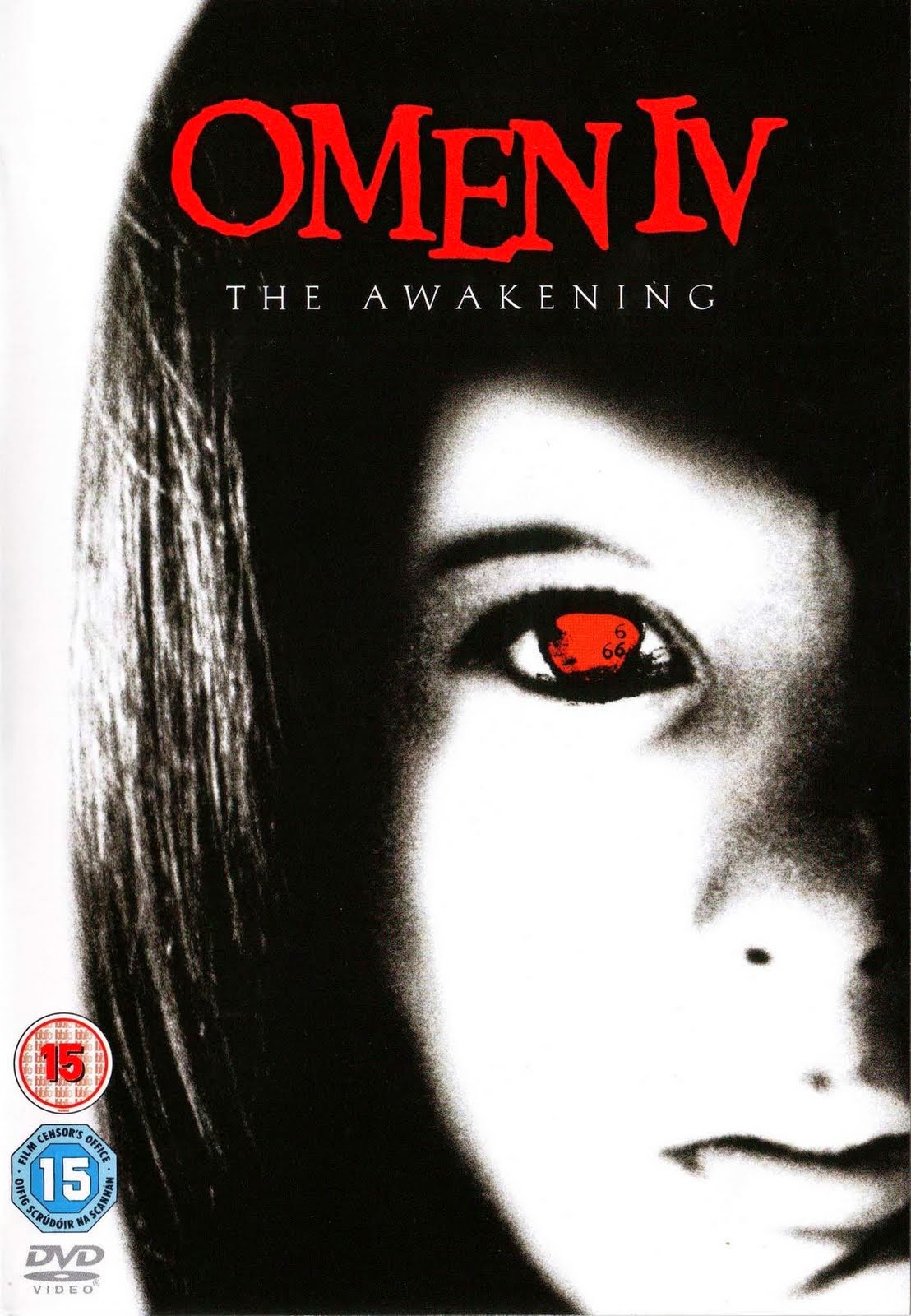 A few years back I was gifted The Omen box set on DVD and have finally gotten around to watching the fourth film in the series after The Omen. Damien: Omen II and Omen III: The Final Conflict. With Anti-Christ Damien Thorn (spoiler) dead I assumed Omen IV would not be very good...

Karen and Gene York adopt a newborn baby from an orphanage and decide to call her Delia. Over the years strange events occur around the child leading others to be fearful of the weird girl. Now eight years old and Karen begins to suspect something is terribly wrong with her adopted child. Delia has no friends, has an intense hatred of anything resembling religion, and bad things happen to anyone whom she takes a disliking to. Could she be the new Anti-Christ? 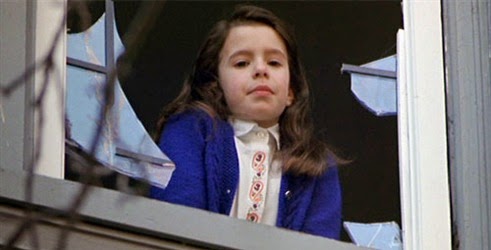 For the first two thirds of The Awakening I have to say I was pretty bored. It wasn't that nothing was happening it's just that what did happen was not very exciting. There are plenty of deaths to be seen here but for the most part they occur just off screen, or it jumps to the next scene before you get the pay off. An early example is a man who gets decapitated by a digger, the camera cuts away at the pivotal point to show a balloon with a clown face on it rolling across the ground (symbolism for the act of course). Talking of clowns they are everywhere in this film! I have no idea why but they pop up in at least six or seven different scenes.

The Awakening travels old ground and it felt very much like a reboot of The Omen. Delia is followed around by a large protective dog, she ends up with an obviously evil nanny and she does her best to act evil. Unfortunately Delia comes across as irritating, looking at times smug as hell, while other times her scowl is ridiculous. There is no fear to be had here. Far too many times reveals of upside down crucifixes are used in the scenery, this got old after the first sixty or seventy shock reveals. 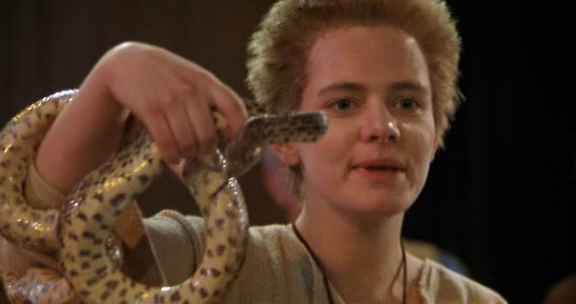 With the dubious highlight of the first third of the film being Delia causing chaos at a new age fair it is up to the final third to redeem things. Thankfully it does but in an accidentally silly way. Near Christmas and a guy looking at a toy nativity scene is shocked to see the baby Jesus in the crib is now a zombie doll. In shock he stumbles into a back alley where choir singers he had seen moments earlier now appear as ghouls and start singing a demonic song; I actually laughed out loud at this, by far the highlight of the film! With revelations that nicely tie The Awakening into the overall series of films (I was sure this was unrelated up to this point) and some cool twists it actually becomes quite enjoyable. Sadly too little too late.

Being a 15 there is a blatant lack of any gore, this and the mostly off screen or censored deaths bleed out a lot of the energy The Awakening should have had. As it is there is enjoyment to be had here but it takes a fair while to get there and steals too many moments already used in previous films. If there had been more new ideas and a better cast (with the exception of the P.I  and the family doctor no one really stood out) this would have been all the better.