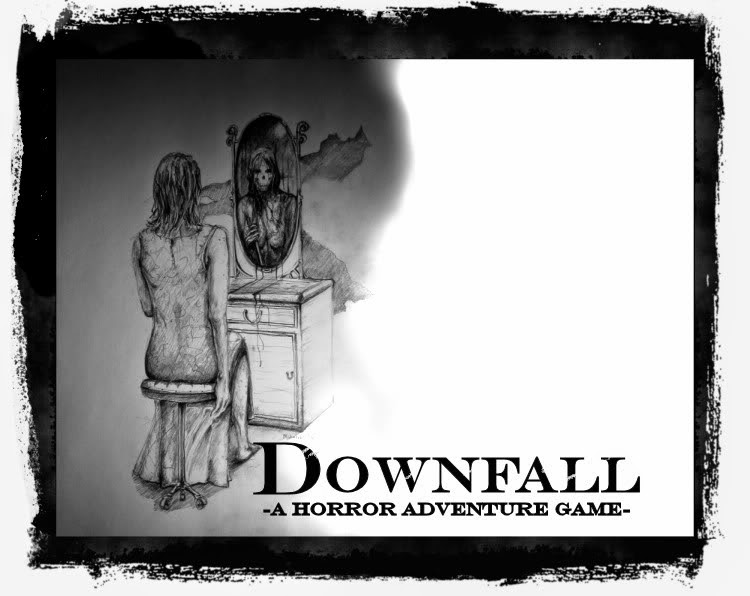 It has been a long time since I played a decent point and click adventure game. Downfall is a horror based one from the golden days of the genre. With the internet being a mere click away the trouble nowadays is whether someone has the patience to slowly explore game worlds searching for puzzle solutions or to just have a cheeky peek at the answers. Did I control my urges to cheat, and is this game actually any good?

Downfall starts late at night with main character Joe arriving at a small town with his wife Ivy. Joe decides to spend the night at a hotel; The Quiet Haven before continuing his journey. His wife has been acting very oddly; cursing, talking in dark riddles and pretty much taking a break from reality. After heading to their room the two fall asleep. The next morning Joe awakes to find his wife missing, he heads out his room to discover the hotel and area around it has changed with blood and corpses everywhere. In this weird new reality he learns to have any chance of getting his wife back he must destroy an evil spirit of a woman called Sophie that has control of this nightmare dimension. 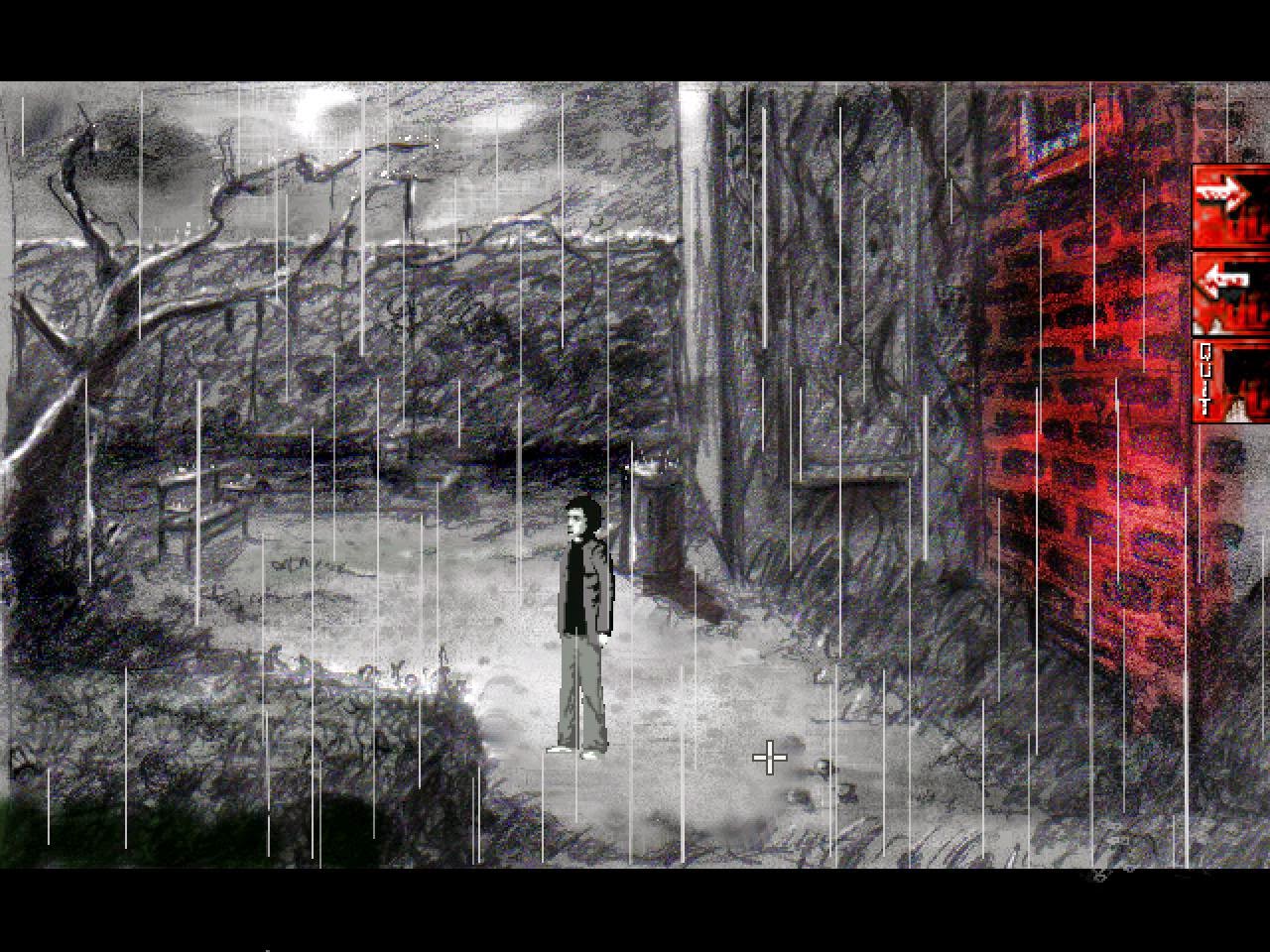 This is quite a traditional adventure game. You play via the mouse, the left button used to interact with people and objects, the right button used to examine people and objects. The majority of the game takes place in a hotel, there are some areas outside such as a local film studio but for the most part you are exploring the hotel searching for keys to open locked doors. Puzzles are simple, I never got too taxed at all by them, usually they involve finding a particular item to use on something. For example finding an iron pole in order to make a lightning conductor.

The horror aspect comes in the fact that you are in a place that is littered with ghosts, corpses and murder. A lot of the puzzles of the game result in you having to kill living beings, your character Joe coming to terms with this by acknowledging all the crazy events are not real, the people all ghosts so already dead. An early example is brutally killing a cat that has swallowed a key, was a shock to find that was what was needed. By the games end many people have been killed by your hand, it all felt natural and key to progression as I did it, but looking back; it was pretty messed up the things I did! The crux of the game to demonstrate the strong theme of killing is that to rescue your wife you must kill four versions of the evil Sophie being from various times in her life prior to her becoming the monster she has become. 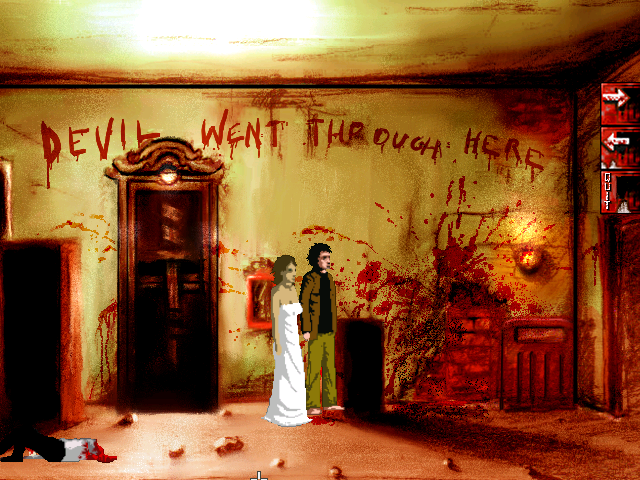 The themes of regret, deception, darkness bring to mind the world of Silent Hill. The characters you meet are all quite vague and speak in riddles, seemingly knowing more than they are letting on. A sub plot involves an axe murderer who years previous had gone on a killing spree in the town, while Sophie's back story is plain sick and not something I had seen done in a game before! While this is all suitably gloomy the script can be really quite corny at times, the dark words characters speak kinda reminded me of something a 'troubled' teen would write in their journal, cheesy lines about maggots eating souls, and the futility of living were kind of cringe inducing to read.

There are some well done pieces in Downfall though, a mid game shift that saw you control a second character led to a knowing sense of doom, while the twist ending while nothing really new still caught me by surprise. The game has a sometimes terrible art style with different locations not seeming to match up very well visually, it's more that Joe does not fit into these sometimes great looking rooms rather than bad art I guess. The music is used sparsely but was all good. At some points you are hunted by someone who is able to actually kill your character. While you do get the option to continue should you get killed I still do not approve of being able to be killed in a point and click game! 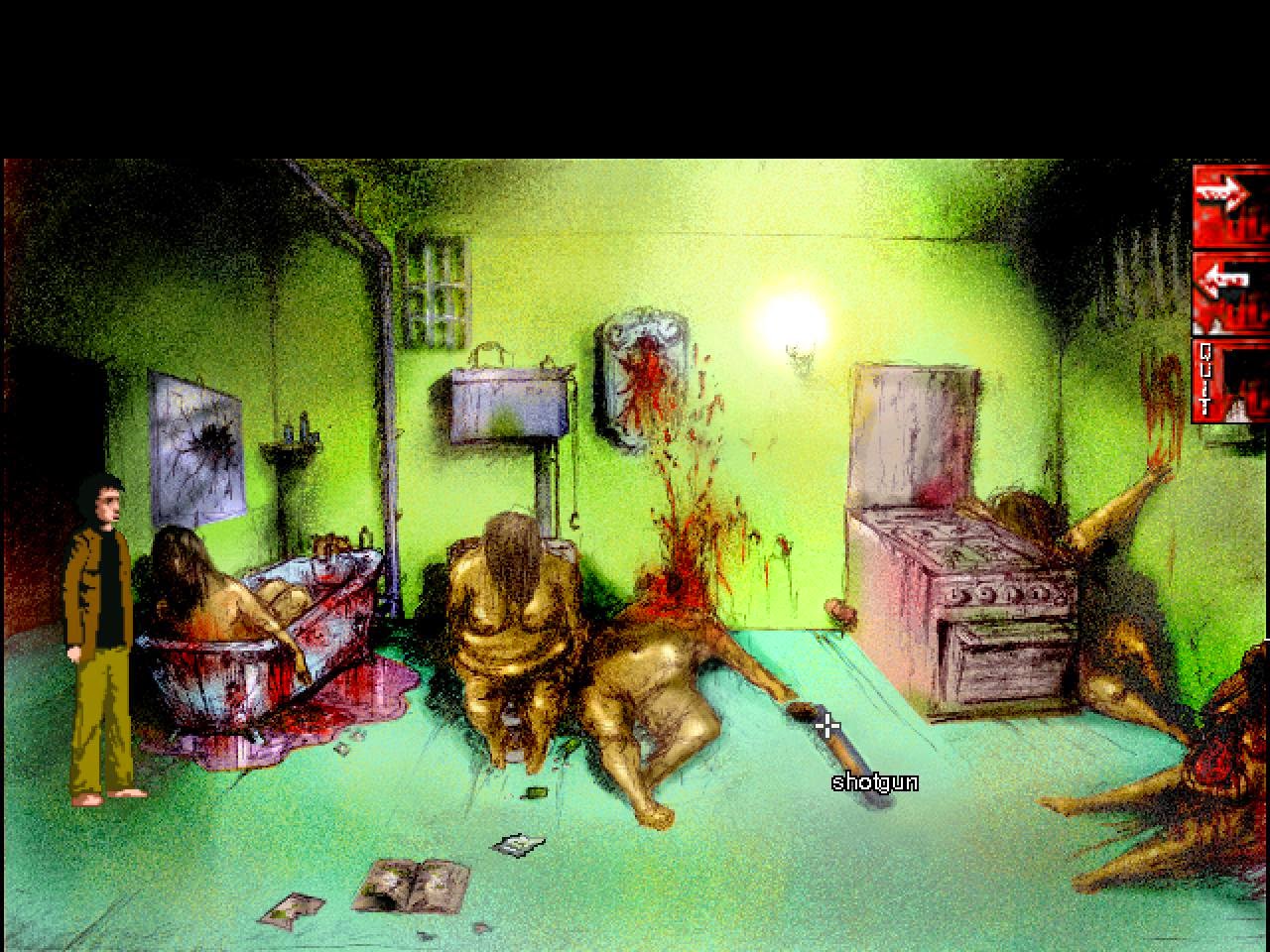