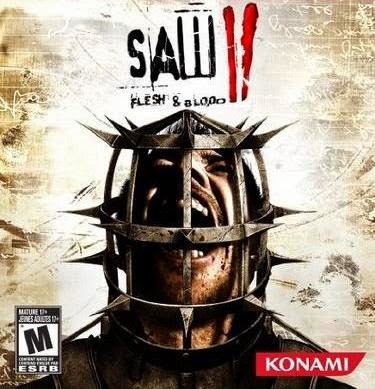 Having played through the Saw survival horror videogame late last year I really did know what to expect with this sequel. It was to be more of the same for sure, the only question I had was would it be an overall better experience, or would it not learn from the many mistakes? Some spoilers ahead for that first game so reader beware!

This like it's predecessor is set between the first two Saw films. In the ending of Saw (the game) Detective David Tapp commits suicide after failing to capture Jigsaw at the Asylum he found himself prisoner at. Now his reporter son; Michael Tapp is trying to discover what made his father kill himself, and it is during his investigation that he is kidnapped and awakes to find himself captive. Like his father before him Michael has been given a game to play, should he survive the insanity of the game he's forced into he will discover just what pushed his Dad to the edge. Saw II as expected is indeed more of the same. The graphics look just as average as before, while the location used feel just as realistic. The Asylum felt like a real place but became a bit dull by the end, I was worried that this too would use just the one location. Initially you are in an abandoned hotel, certainly a place large enough to set a whole game in. I thought that being mostly made up of identical rooms it would save the developers on creating too many original assets. Thankfully this is not the only location this time around, there is a variety of different places you as Michael travel to. Sure these are dull by videogame standards (sewers and factories for instance) but new locations does keep the game feeling fresh.

The combat has been completely stripped back taking place entirely via quick time events. Whether you are armed with a baseball bat or empty handed a QTE will still pop up so you can defeat your attacker. It feels weird that the choice of fighting has been taken away from you but to be honest the fighting was not the best part of Saw so I did not miss it much. It is a shame that the button prompts in these sections feel so dull, there is no real contact made by just pressing large button prompts. This extends to several scenes of you being chased also where you press buttons to leap over holes, and to throw boxes in the way of your pursuer. 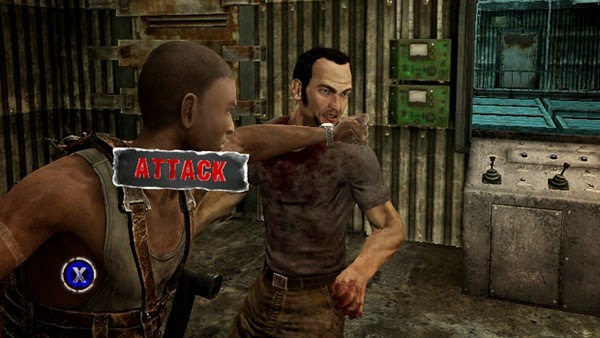 Puzzles are the main meat of the game and as before it feels a bit silly that most your puzzles are free of peril compared to the life threatening ones of the film. Again you encounter many victims of Jigsaw in various torture devices but whether it be freeing a woman from a box rapidly filling with water, or escorting a man tied to a long pole across a series of fiery traps it is always your brain that is needed not the ability to self torture. There is more variety this time around and in general I found the puzzles more fun and less taxing with a large amount relying on memory skills. There are slightly too many ones where you must divert electricity flow but the time based ones are more infrequent (a good thing as here the time limits are often punishingly short).

Like the first game you encounter many, many people all playing their own games, the majority tasked with killing you to earn their freedom. A common enemy type is a guy with a spiked head mask who charges at you and who is usually defeated in a humorous way such as tricking him into running into an empty elevator shaft, or dropping a huge crate on him. Boss style characters pop up now and again and are quite fun. You have a guy with knives for hands (!) who pops up several times and also a bent cop who decides killing you is more important than escaping the hell hole your both in which leads to stealth sections where you pop from cover to cover avoiding gun shots. 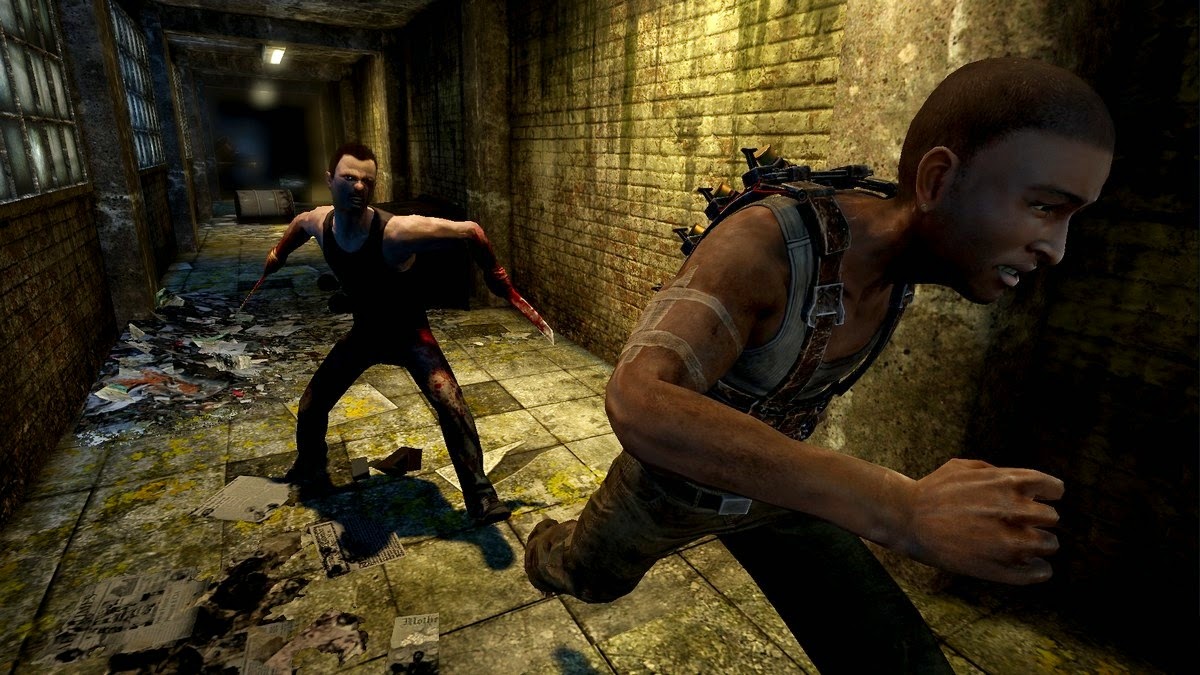 The believability of several square miles of city being converted into one huge death maze is really quite silly, again with such a high body count the premise seems quite stupid. This is a world where waist high boxes stop you dead in your tracks, much of the game could have been over much more quickly should your character just be able to climb these pathetic obstacles. Michael Tapp and the people he encounters are badly voiced and just don't seem like they appreciate the danger they are in. Michael in particular is just full of wisecracks and doesn't seem at all concerned by having to murder tens of enemies, when you were playing as a Detective this was fine to stomach but a reporter shouldn't be this unfazed by taking lives. The sound I had a real problem with, even up really high I found it very difficult to hear what anyone was saying and had to put subtitles on in the end. The plot is nothing special, mostly revealed via dictaphone recordings and case files you find which was ok at least in showing what happened to David Tapp after the first game.

I have to mention a late puzzle in the game which sees you trying to traverse a carousel. While making your way around it should you step under a red spotlight your shotgun jacket will explode killing you instantly. The trouble is these spotlights are really wishy washy and hard to see where they are, plus my character kept getting stuck in the scenery in this segment. In all honesty this small two minute section must have taken me close to a hundred attempts to do! Highly frustrating and really marred an enjoyable experience. Too many times instant deaths will set you back to the last checkpoint you passed, many doors have shotgun traps set to them and if your not paying attention something like this, or a collapsing floor or a tripwire can lead to an unfair restart. 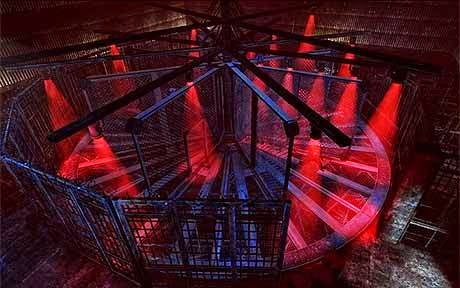 Saw II was exactly what I expected but it was really addictive, I lost a lot of hours to it this weekend and nearly have no regrets. A better game than Saw and well designed, this survival horror will not appeal to everyone and doesn't look or sound fantastic but there is fun to be had for sure.