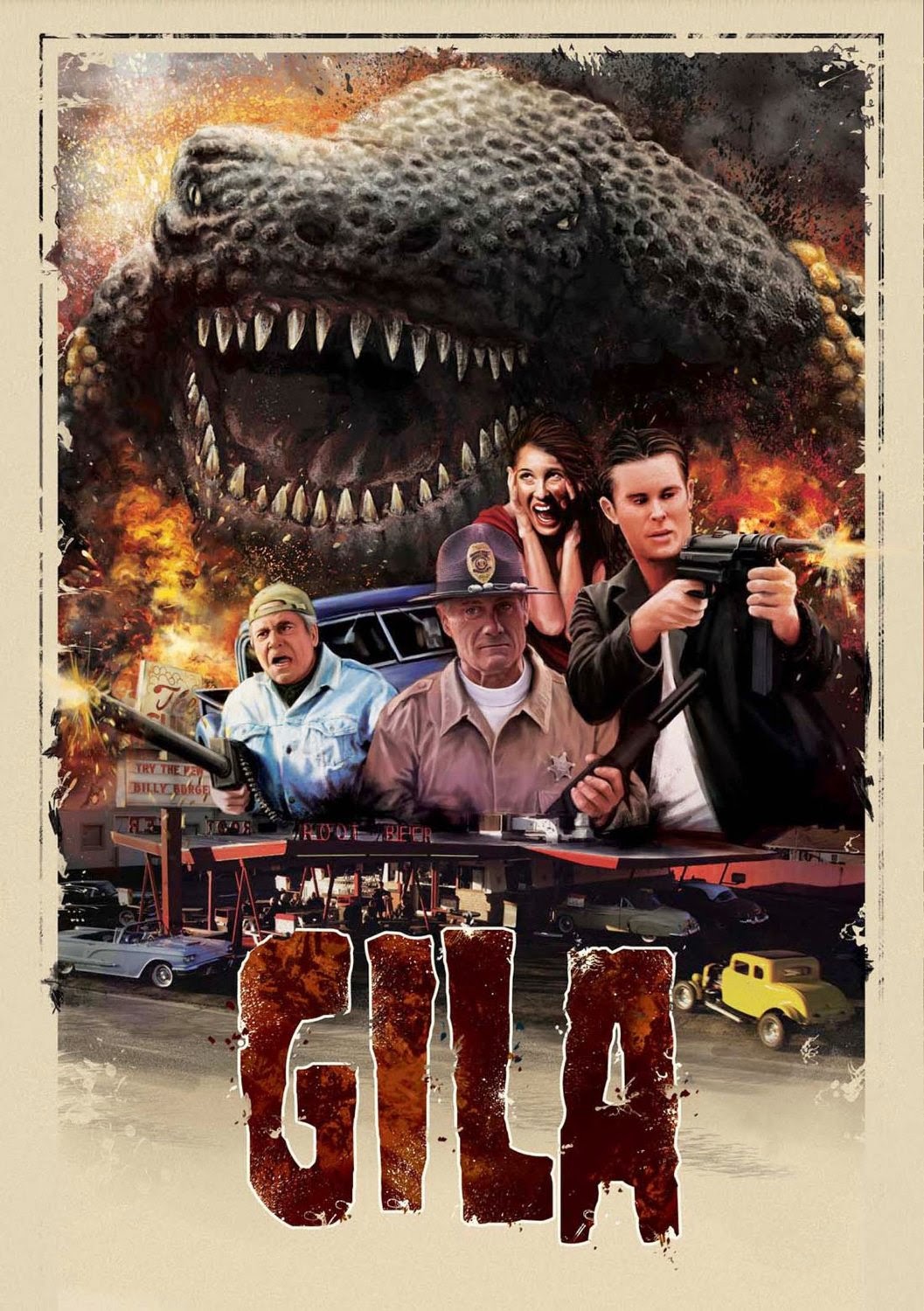 Gila! is a remake of the 1959 creature feature The Giant Gila Monster, it is directed by B-Movie legend Jim Wynorski (whose first film as director was of course The Lost Empire in 1985). I have never seen the original Gila film but if it is what I think it is then it would have been from the classic time of monster movies in which real animals were used and super imposed onto footage to make them seem like monsters.

Set in the 1950's in a small rural American town Gila! opens with a young couple being attacked by a huge lizard creature as long as tall as a bus. It appears that some small time criminals storing chemical waste in a remote cave for a quick buck may have resulted in the mutation of a lizard living there. Now the monstrous beast is getting ready to hibernate and so is searching out human victims to feed on. Local good guy mechanic Chase Winstead (Brian Gross) ends up being caught up in the mystery of just what is killing people and teams up with the Sheriff in order to stop the beast. 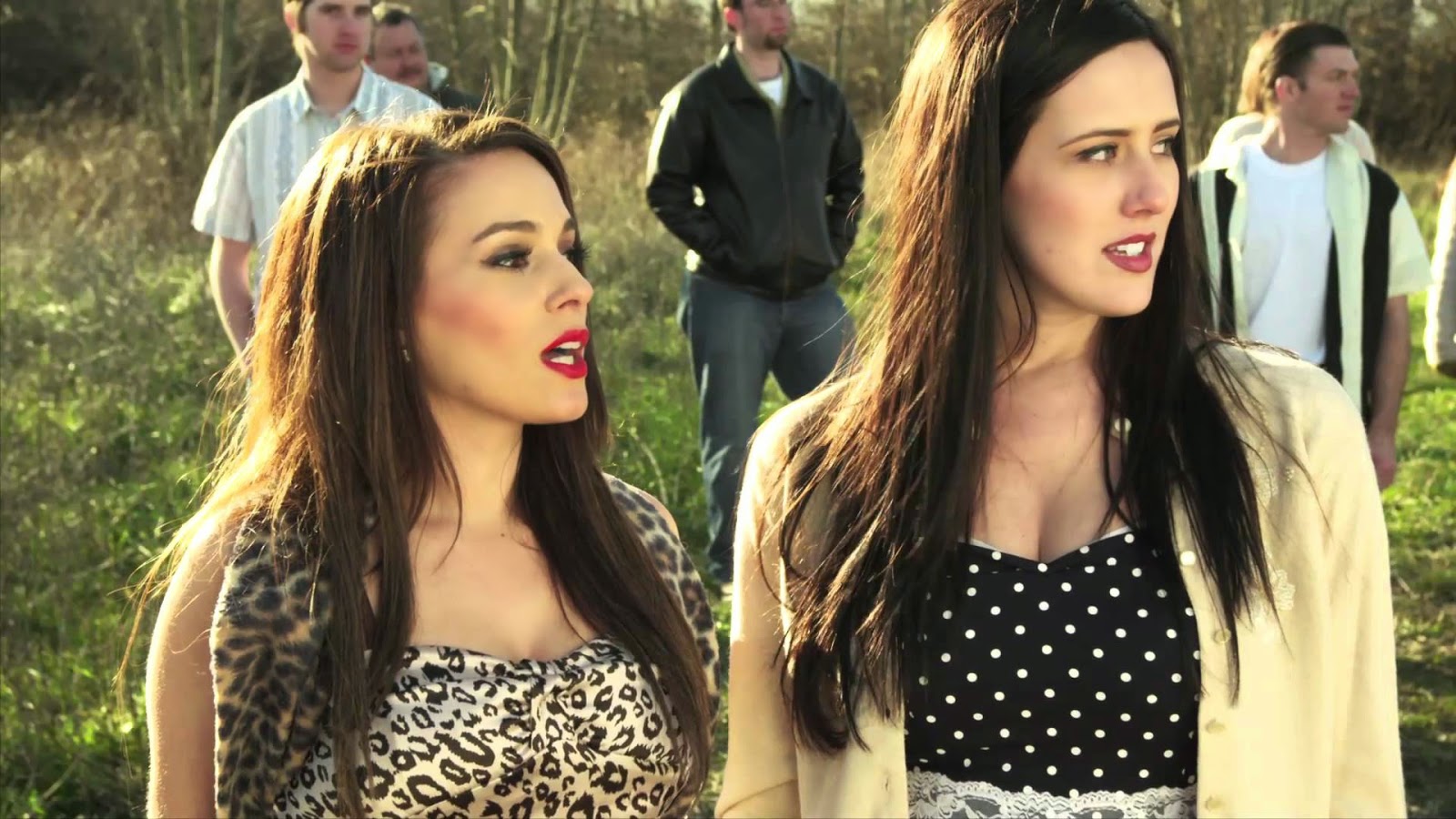 I was dubious when this started, especially as the Gila monster is created using bad CGI that looks terrible. I thought that if a serious film was attempted using this computer generated mess then I would be in for a rough ride. Thankfully and despite this only being made a few years back it is a decent B-Movie and a kind hearted look back at the creature feature genre of the 1950's. I found myself really enjoying this, the characters are all likable and features some pretty attractive females in the lead female roles (Madeline Voges as Chase's girlfriend Lisa, and Christina DeRosa as bad boy Waco Bob's girlfriend). I find having attractive leads always makes watching even the worst move more bearable.

It all follows a predictable format, at first the monster is unseen by the local populace and for the first half a few people try and work out the mystery of what is occurring, then there is the final half where the heroes try and defeat the beast. I will say that I did get slightly bored in the middle with characters travelling to various locations with little plot reason to do so. The CG at times is quite off putting and the amount of shots of the monster booming down roads with dust swirling about gets quite silly as it does not look part of the landscape in the slightest. The bad computer generated effects also are used for the death sequences of characters which while inventive (such as the monster's tail swatting a chemical filled drum which bursts over two men who then have their flesh dissolved off by the substance) always looks kinda silly. This does add to the B-Movie charm. Also a shame was that the creature never shows any damage, even when it has been blasted by thousands of bullets it shows no damage at all which does detract. 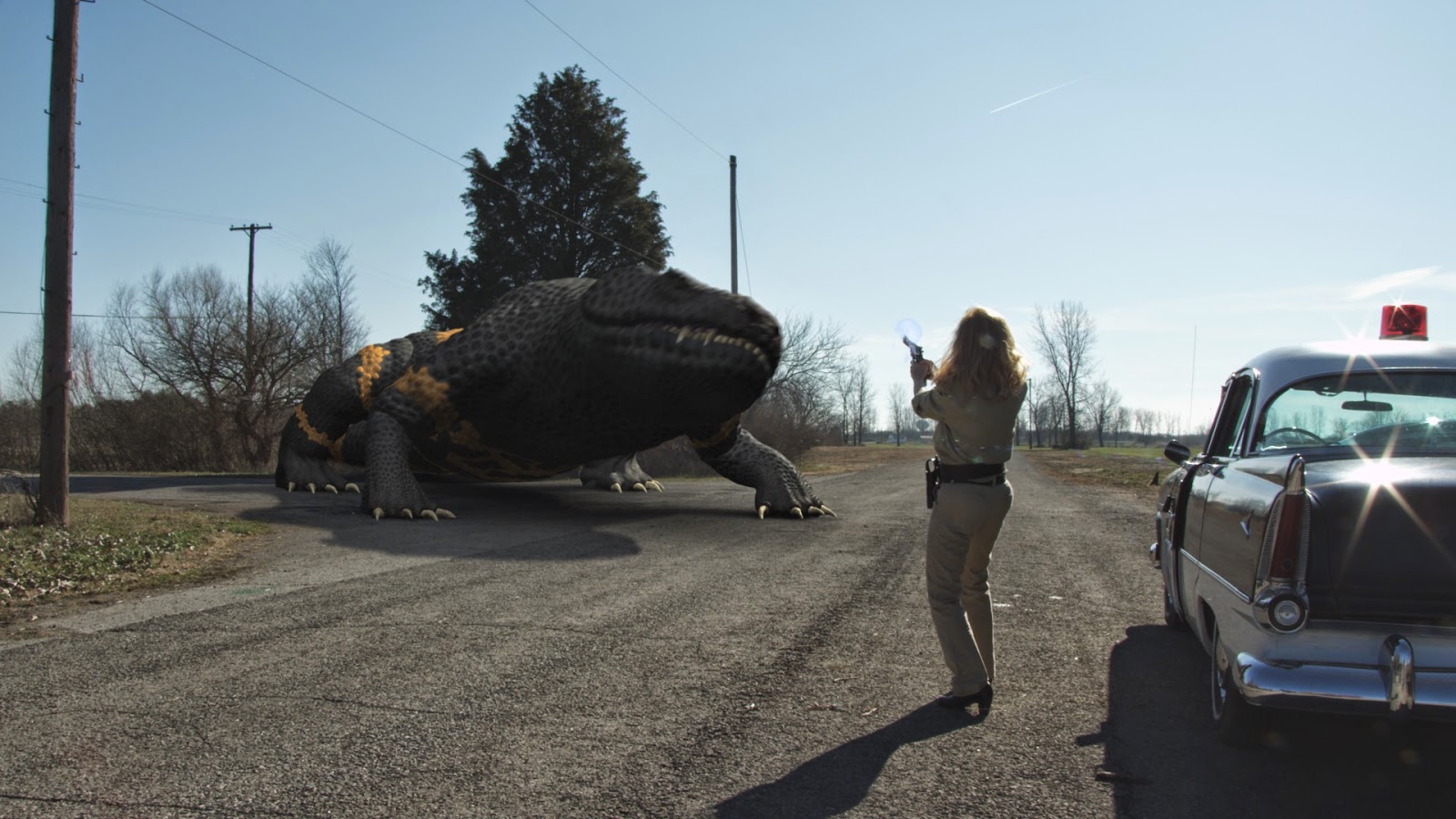 The soundtrack is all rock n' roll music, lots of muscle cars are used that are fun to look at, and again those two female leads make for an entertaining yarn that just about doesn't outstay it's welcome. It was a shame to leave the town the film is set in as it seemed such a nice place. In all honesty I would rather watch this over the snooze-fest that was Godzilla (2014) any day of the week, that film may have better creature effects but this is just a more fun film and didn't feel like a waste of my time to see.

Gila! does nothing at all original and has really bad special effects but it is feel good and a great B-Movie, the acting is decent also which is a big plus in my book! Gila! is out now on DVD.