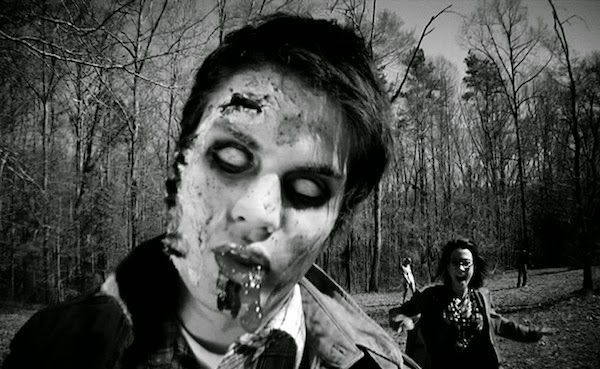 With a budget under $3000 I was not expecting much from A Plague So Pleasant, I figured the low cost would mean poor acting, and pathetic zombie make up and gore effects. How wrong was I!

The film takes place one year after zombie apocalypse, an apocalypse that occurred for just 12 hours and ended when the human survivors figured out if they simply just did not attack the undead then the undead would not fight back. With a world total of around 2 billion casualties life carries on as best it can. In America where this takes place it has become illegal to attack the walking dead, people have learnt just to deal with the corpses that roam the land. Clay Marshall (David Chandler) is disillusioned with this new existence. Discovering his disturbed sister is still in love with her dead boyfriend, he decides to do something about the unhealthy relationship she has... 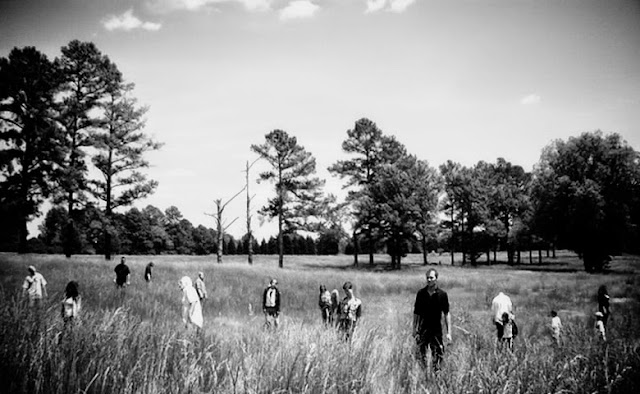 Written and directed by Benjamin Roberds with co direction and cinematography by Jordan Reyes A Plague So Pleasant appears at first to be filmed entirely in black and white. I figured this was a good way to disguise bad zombie effects and it certainly added to the charm of the film bringing to mind Romero's classic Night of the Living Dead. It also seemed to amplify the bland and empty life people are now living. With so many dead in the apocalypse, jobs are under staffed, no one seems to have drive in their lives, just stuck in monotonous routine. Clay seems frustrated with the new world, and via his monologue he wonders if he actually misses the excitement he had with the apocalypse. He has come to despise the harmless zombies, they are walking embodiments of death, a permanent reminder of the fate that awaits anyone who dies.

Without ruining things a mid point stunning moment occurs that results in the film bursting into colour, suddenly there is colour everywhere. The scene this happens in was an absolute master class in directing, while watching I just started saying out loud 'oh my God, oh my God' and had to actually put the film on pause to appreciate just what had happened! Needless to say the tone of the film utterly changes from here on out, it is almost like a completely separate film, from an art house discussion on life and death to a living nightmare, I swear I have had zombie dreams just like what is shown in this film. 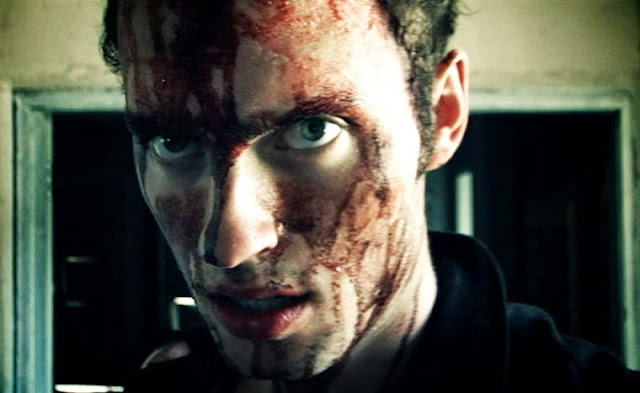 This is a really gory film, the zombies dribble stuff out of their mouths, and there is so much blood, plus some stomach churning scenes with glass embedded deep in flesh with all the trauma that comes from that. The zombies look fantastic and there are some really fun scenes with them, but it really would spoil the surprise to reveal much. In mobs they are effective at creating chills, alone they are also darn creepy, such as when Clay (who the film very much follows exclusively) has to outwit a blind zombie who reacts to sound. To get an idea of the tone of a lot of the film just imagine the start of 28 Weeks Later but instead of escaping on a motor boat Don just kept running.

Now I will say that this did start to drag ever so slightly, there is just about too much slowly creeping around buildings that may or may not be occupied by zombies, and a late introduction of a child character did nothing for the film. The ending did not really take me by surprise but it was fantastically done regardless and does leave what the future holds open to question. 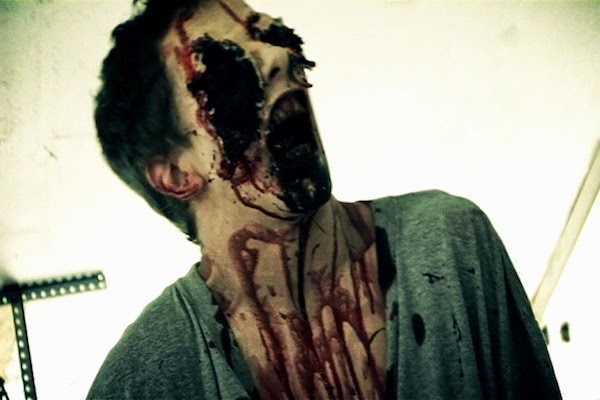 It is utterly criminal that this has not seen a commercial release (currently can be viewed free on YouTube) when it is so much better than the average straight to video zombie travesty. I implore anyone who thinks this sounds at all interesting to go watch it, it will not be a 80 minutes wasted.

Update 13/07/2021: While the film is still on YouTube it is no longer free to watch, however it can be rented from the streaming platform.
Posted by Daniel Simmonds at 15:05