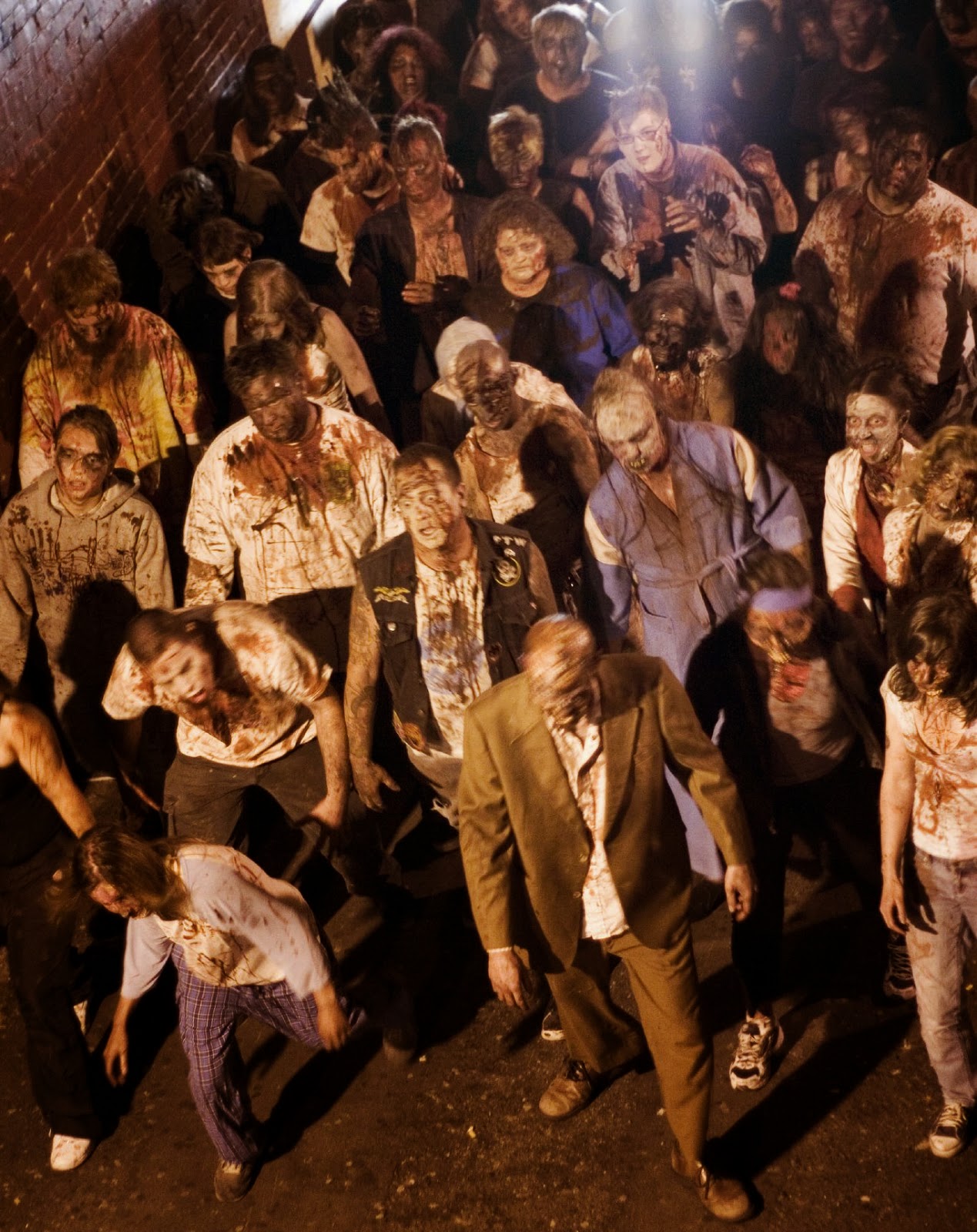 Nowadays zombie dreams for me are few and far between, I do try to make an effort to chronicle them on this blog when I do have them. Now I had been watching Demon Resurrection just before going to bed that night so am totally convinced that the zombies of that film influenced my night time adventure.

In my dream I was in Northampton town centre and zombie apocalypse was happening. There was a section in the middle of the town that was not yet over run by zombies, there was a military blockade surrounding it, beyond the blockade random zombies stumbled around, oblivious to us. I was hiding out in a ruined building that had no roof on it, a barber was with me for some reason. The army had orders not to fire on uninfected civilians but soldiers were questioning if these orders had to be followed. There was a green tank patrolling the outer edges of the safe zone.

Knowing that this was the end of civilisation as I knew it I really wanted to leave and make my way home. The barber warned me against it saying it was a suicide mission but I just really wanted to get home and experience normalcy one last time before I started my life of forever running and hiding from the zombies.

The rest of the dream I guess I will never know as in the real world my next door neighbour's child squealing loudly awoke me from my dream and I was unable to get it back. Still it was a cool one and I hope I soon once again meet the living dead in my slumber.
Posted by Daniel Simmonds at 13:34