The first Luigi's Mansion was released on the Gamecube back in 2001, and in my opinion was one of it's best games, an underrated classic if you will. I was very excited for this 3DS sequel.

The game takes place in Evershade Valley where Professor E.Gadd resides as he is studying the friendly ghosts who live there. One day the dark moon (a giant crystal like moon that floats above the valley) shatters which results in all the friendly ghosts becoming evil. Due to Luigi saving the day in the original Gadd decides to summon him, teleporting the cowardly man to Gadd's ghost proof bunker. A purple mist covers the valley, Luigi must travel to several mansions, in each one he must find and defeat a 'possessor' ghost who holds a part of the dark moon in order to recreate the moon, clear away the mist to reveal new locations, and bring peace back to the land. 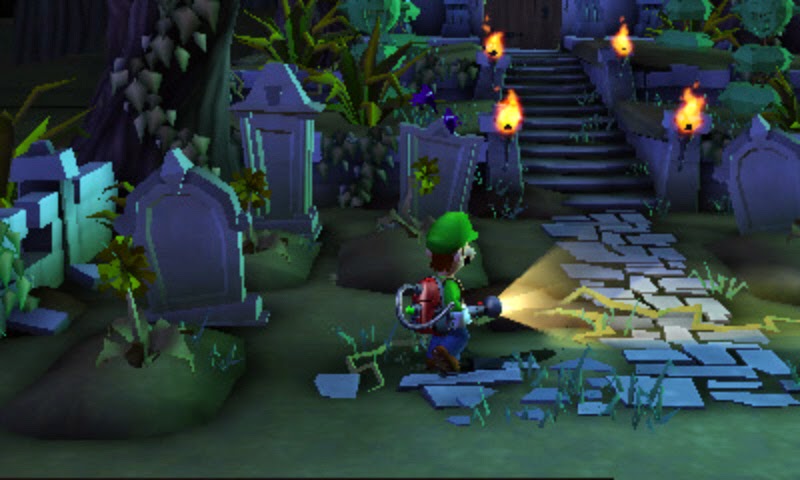 Your main weapon is your ghost sucking hoover. Ghosts must be first stunned via your flash light before a mini game in which you power up the hoover to suck away hit points takes place. Other ghosts, as well as environmental dangers can make these more challenging. The ghosts are not that exciting, green ones are the cannon fodder, red ones are strong, while the blue ones hide in objects, and a few others also appear to break up the flow. There are quite a few different types but it still felt like I was doing the same thing time and time again. You also have access to a dark light which can make hidden objects and ghosts appear and was a cool addition

Starting off I will say this is not as good as the original. Maybe it is rose tinted glasses I am wearing but the first games chunky visuals are more appealing than the more far away camera here. The 3D is used to great effect with the locations at times looking almost like a dolls house with a good sense of depth as you walk down corridors and secret passages. Each of the mansions is different in feel to the others and along with a traditional haunted house you gets one built around a huge tree, a frozen lodge, dusty mines and more. Each of these are expertly designed full of secret doors, puzzles and traps. The last mansion in particular is very well designed, those last few levels were a joy to play. 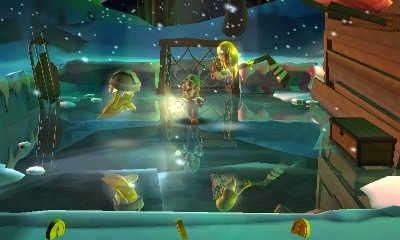 Each of the mansions has a variety of missions that take place in them, the initial few will be you searching for signs of a dark moon piece, objectives marked on your map (on the bottom screen) with exclamations. For example one level may see you collecting pieces of a large key in order to open a door, while others will see you searching for Toad assistants who have become trapped in magical paintings. All the mansions end with a boss battle that by far are the highlights of the game with plenty of inventive fights occurring such as sucking up mats to trip over suit of armours, or firing bombs at an icy monstrous face in order to smash it apart.

Luigi's Mansion 2 is a big game, it took me just under 17 hours to complete, I think the first game was around 5 hours in length. Usually I would not moan about a game being long, but just after two thirds through I got huge fatigue that lead to a 6 month break before mopping up the rest. There are Boo ghosts hidden in each level, finding all of these opens up a secret level for each mansion. Also hidden around each mansion are jewels, collect all the jewels and a boring reward is given. I did this once but wasn't compelled to get all of them. Money is hidden absolutely everywhere, most objects can be interacted with such as opening cupboard doors, or sucking up curtains. This money is used to get upgrades for your equipment but I found that not even halfway through the game I had purchased everything it was possible to, disappointing and made me less eager to search later levels. 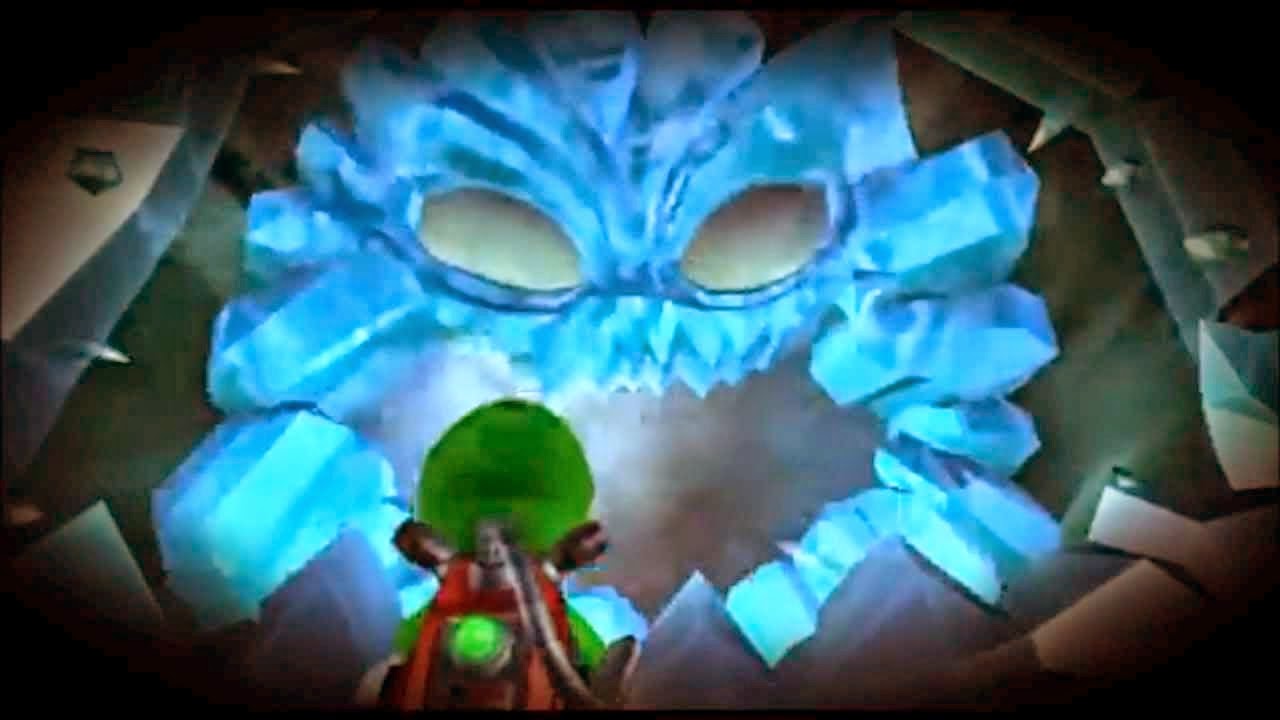 While this is a good game I felt that it's length actually detracted from my overall enjoyment. Luigi is a great character and the cut scenes at times are genuinely laugh out loud, the music and sound effects are fantastic throughout and the boss battles fun but I wish there had been more variety put into the mission structure, and that there had been more of a challenge. All in all this is good, but sadly not essential.