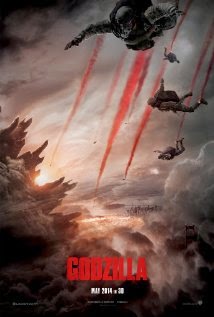 Back in 1998 I was quite excited to be going to see the new Godzilla film. Now that film was kind of boring and so with the new Godzilla film appearing I had some trepidation, yet hearing some pretty good things about it I entered expecting a real fun monster movie. There will be some mild spoilers ahead just as a warning.

After some blurry archival footage of a Godzilla type monster the film opens in 1999 where Joe Brody (Bryan Cranston from Breaking Bad) is the manager of a nuclear power plant in the Japanese town of Janjira. A massive disaster occurs which results in the death of his wife and the evacuation of the town.  15 years later and Joe's son Ford (Aaron Taylor-Johnson from Kick-Ass) has come back on leave from the Army to see his wife Elle (Elizabeth Olsen) and child. Hearing his father has been arrested in Japan whilst trying to enter the sealed Janjira region he heads there to assist. What they discover is that a huge egg has secretly been kept in the area by the military for the past 15 years, this egg hatches and releases a giant monster that flies off towards America, pursued by Godzilla who it turns out is a real thing that lives peacefully in the seas. What follows is a series of events that always seem to involve Ford being in the epicentre of the chaos as the army attempt to stop the rampaging beasts from wiping out humanity. 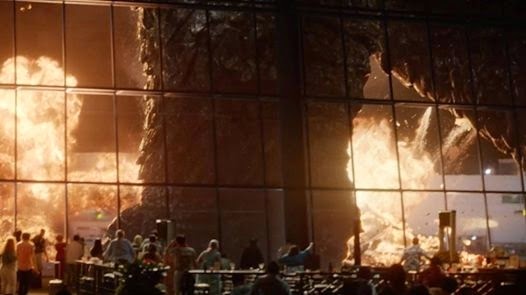 I was so bored by this film, after just an hour I was constantly checking my phone to see if it was nearly ending. I had hoped with the 1998 Godzilla movie that mistakes would be learnt and a more exciting experience could be gained, but alas not. Archival footage not counting it was over an hour before Godzilla made an appearance, the giant instectoid creature called MUTO (massive unidentified terrestrial organism) came before this, and at first I mistook it for Godzilla not knowing there was more than one giant monster in the film. The MUTO design really reminded me of the beast from Cloverfield which was a much better film. For the most part scenes of utter destruction are present but no monsters, I never understand how these giant monsters in films such as this seem to be so camera shy.

Bizarrely Godzilla has a lot in common with World War Z in it's pacing. Both films feature a male lead who travels around the world, always in the centre of the action seemingly by accident, both looking for a way to stop the madness and get back to their family. Zombies are just so much cooler than a couple of giant monsters though. It is silly how important a character Ford is in the plot when he is so minor, just makes it all feel even more unrealistic. 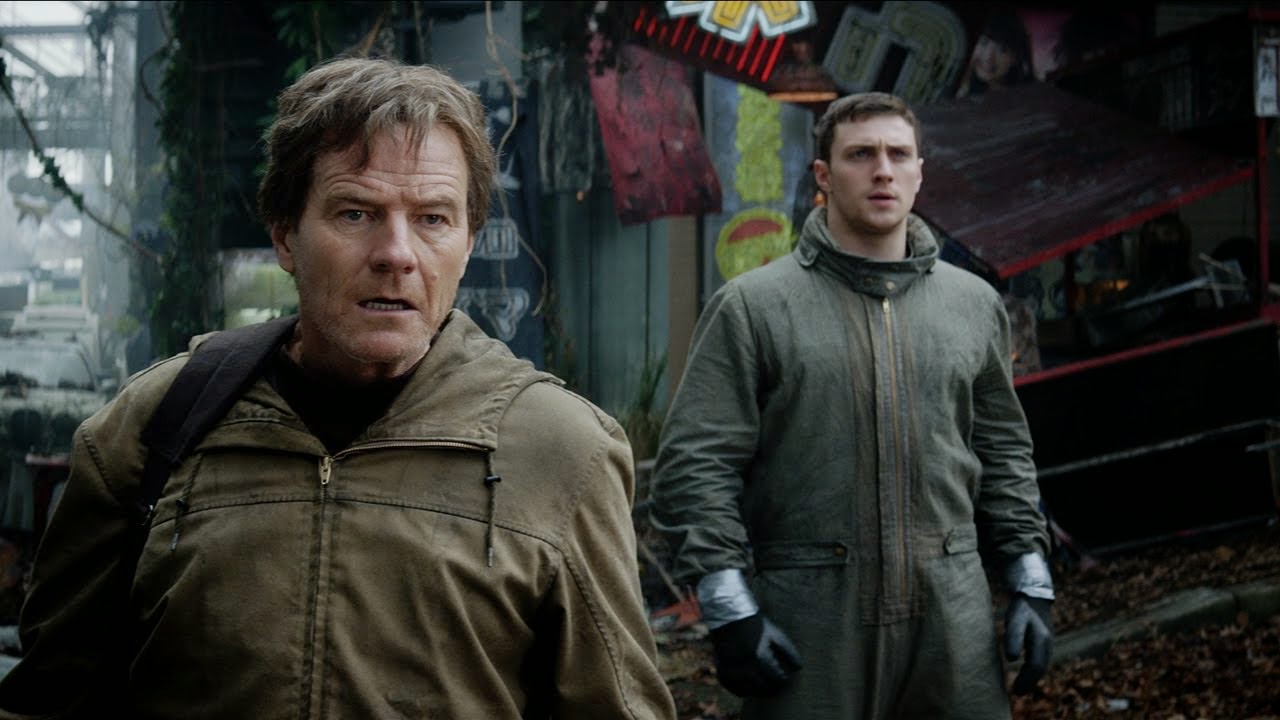 The special effects are quite good, Godzilla in particular (when you actually get to see him) looks great and the brief fight sequences are impressive but they are few and far between. Fights are teased and then don't occur, scenes involving the army are ultra boring as their guns and vehicles have zero effect on the beasts, not even scratching their skin. The beasts themselves don't pay too much attention for the most part either to the humans making for some nice looking but very dull sequences.

Godzilla emerging out the smoke and dust, soldiers halo dropping into San Francisco, these and others parts are both iconic sequences but these small flashes of enjoyment are short lived. For every fun scene you get unimaginative ones plucked from the most generic disaster films; a dog miraculously outrunning danger, or army people sitting around po-faced talking about the cost to human life. When the main Japanese character earnestly shows the Army commander his Dad's broken watch (a result of Hiroshima) to remind him of the folly of using nukes I almost walked out the cinema such was the seizure I felt I was getting from my intense eye rolling. Such a ham fisted comment on the dangers of nuclear weapons was just not needed. 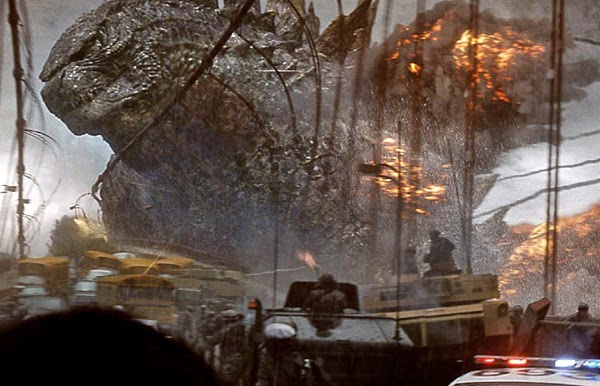 Two hours sat bored out my mind waiting for anything at all to happen does not make a happy film watcher, dull as dishwater and manages to be much less exciting than the 1998 effort, least that had Jean Reno to save it. Don't just avoid to save money, avoid to save precious hours of your life!

Posted by Daniel Simmonds at 08:46