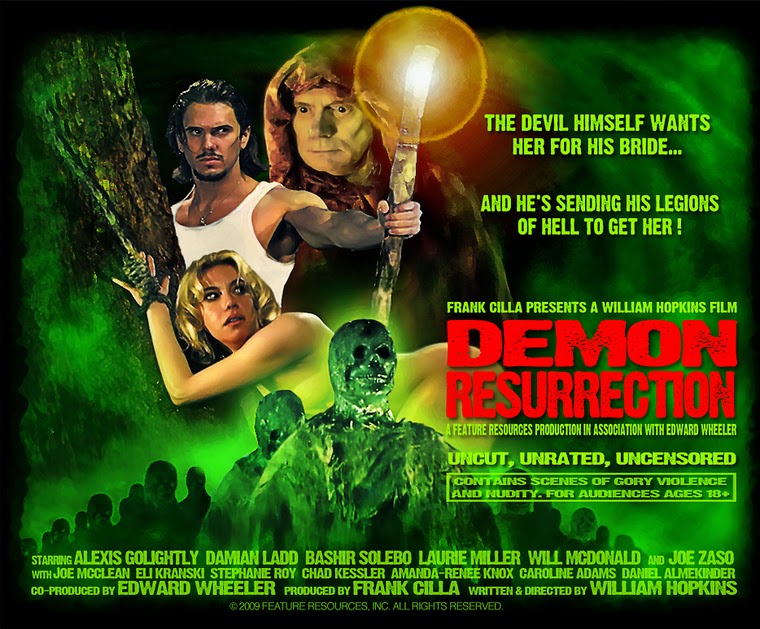 While Demon Resurrection was released back in 2008 it was not a widely watched film due to what William Hopkins (the director and writer) refers to as 'less than entirely successful attempt at self distribution'. The film was created as a homage to the horror films of the 1970's and also works as an imitation of early 80's horrors.

A bunch of friends of a woman named Grace turn up to her and her new boyfriend's house to hold an intervention. Grace used to be a wild outgoing girl but has now become sickly and withdrawn so her friends fear she has become a drug addict. By conversations with the couple it becomes clear that something more sinister may be to blame. John is a paranormal researcher and via his work Grace came to join a demon worshipping cult where she was drugged and impregnated with demon spawn before John was able to rescue her. Now the leader of the cult; the rich and charismatic Toth has arrived to get Grace back and he will go to any means necessary, he will even raise the dead... 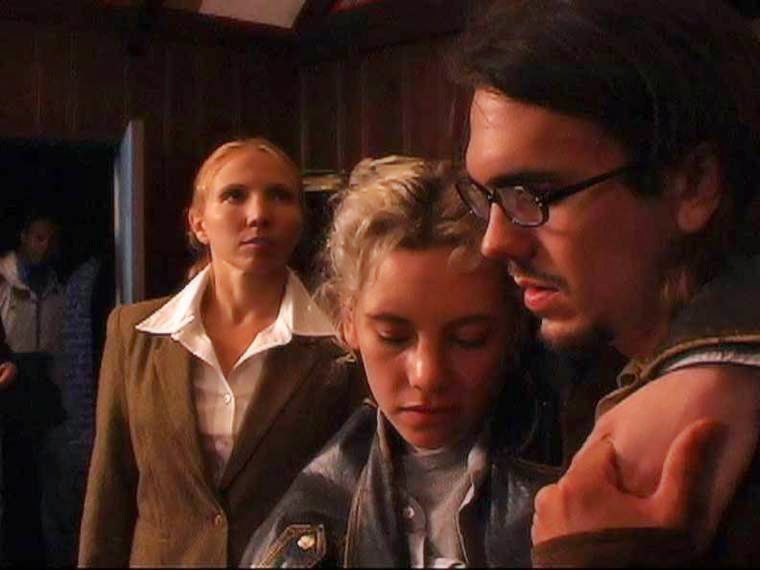 From the bare bones title alone you can tell this is a film that knows exactly what it is and it falls into it's genre comfortably. Demon Resurrection is old school in every sense of the word, at times reminding me of The Evil Dead (1981) and also with strong resemblance to the Amando De Ossorio Blind Dead quartet, especially when it comes down to monster design. The film was filmed on a very small budget but it is actually surprisingly good looking with some decent acting and great effects used, and some delightful scenes of gruesome violence.

There are zombies in this film, that is a good thing, a very good thing in fact as it actually led me to having a really awesome zombie apocalypse dream the night I watched it. What is not so good is the digital effects used to create a green mist around these undead beasts, the effect reminded me of the type of effect used in the kids horror show Goosebumps. The rest of the special effects are really great though, no CGI violence here, all real. At first it seemed whenever someone got killed it would happen just off screen but just when I began to think that would be the norm for the rest of the film some great deaths happen in full view, my favourite being someone who is dragged out a broken window and gets their stomach sliced open on the jagged glass remains and ends up with their insides falling out, looked great. The trauma effects can seem fake but this just adds to the charm, one character whose face becomes very mutilated asks meekly if she looks ok not realising the extent of her injuries, a fun little scene that reminded me of a similar bit in Hostel. 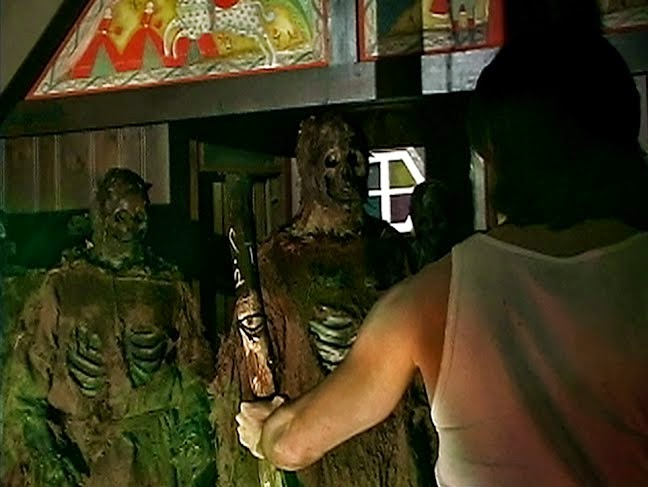 Back onto zombies - they are ancient and almost more skeleton looking than the traditional zombie style, they have skull heads which while not able to move do look quite cool even if in some shots you can see the eye holes in the back of the empty eye sockets. Also these are some lethal creatures, seemingly even getting touched by these leads to pain and misery, their arms most be made of razor blades or something, this makes every encounter the characters have with these really quite thrilling and made me wince once or twice; you wouldn't believe the injuries just trying to push one of these skeletal undead off a makeshift ladder would cause! Also some other creatures that appear look fantastic it must be said.

While it does imitate these 70's and 80's horror's well there are some things which are not quite so great. First off there is an early sex scene which was really quite soppy and didn't bring anything to the film that we didn't already know. The female characters on the whole appear to be more weak than the males, often if a character encounters a zombie they will just stand there screaming, frozen to the spot, to be fair male characters do act this way too but to a lesser degree. The low budget can be seen occasionally which doesn't really take anything away, as I said the acting is actually decent, just stuff like the fact the good guys and the bad guys are both meant to have an identical magical book and yet the books are never seen together (as obviously there is only the one physical book prop). 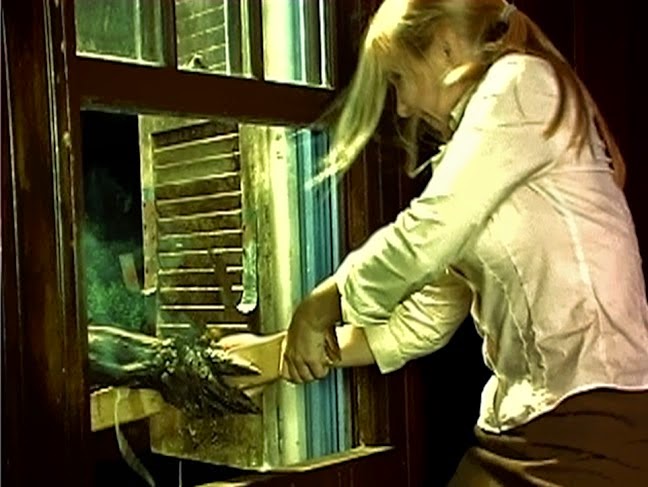 The plot is quite simple but does have echoes of a H.P Lovecraft story with tales of demons from other realms and ancient cults. I loved that there was a mid film twist where the character you assume is the hero becomes replaced with another character who then becomes the film's hero. All in all the characters are likeable, even the irritating ones are fine really, the main bad guy seems to have too little screen time but other than that it is a fun enough yarn.

Demon Resurrection does what it sets out to do and does it well, certainly not scary (though the third part with a Night of the Living Dead style house assault was exciting and well done). A great throwback to when horror films were more about being a thrill ride rather than just trying to be mean, dark and depressing.

Posted by Daniel Simmonds at 11:35