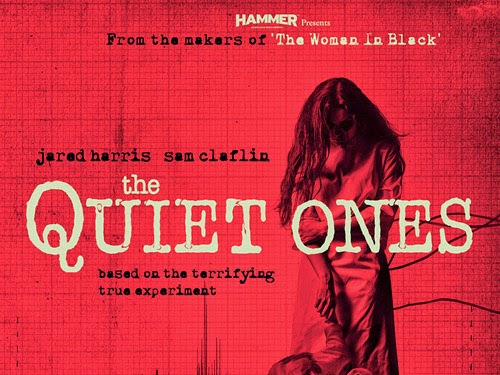 Usual story from me for this one, I saw the trailer, thought it did not look anything special, but then thought I should give it a watch as it is horror so might have some scares. I was really quite concerned that this film would fall into the 'creepy little girl' genre which I oh so hate but instead straddles the line between that (though the girl here is actually in her late teens), demonic possession, and even throws in some found footage for good measure.

Most horror films nowadays proclaim they are based on true events and The Quiet Ones is no exception, in fact it ends with the same trick The Conjuring did by having real photos from the actual event mixed in with the credit sequence. Set in the 1970's in Britain Jared Harris stars as Joseph Coupland; an Oxford University Professor who believes that paranormal activity can be explained as the physical manifestation of negative energy from troubled people. He has under his care a young girl; Jane Harper (Olivia Cooke) who is his test subject in what he dubs 'the experiment' in which he intends to prove his theory by creating a ghost from Janes energy. Several students are aiding him in his tests as well as a young cameraman brought in to record the findings. After losing his University funding Coupland relocates to a remote country house. While he is determined to prove his idea it starts to seem to everyone else involved that there really may well be real demonic supernatural forces at work. 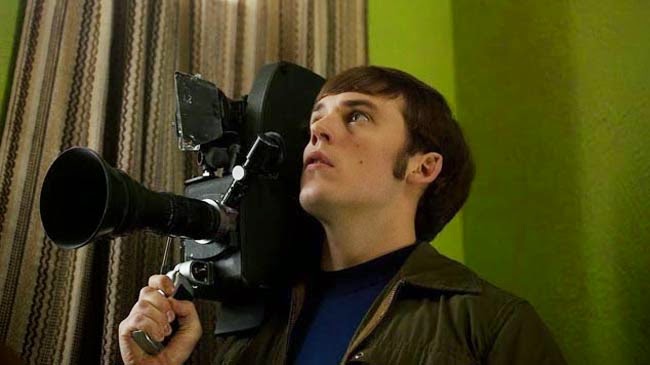 For the first half of The Quiet Ones not a lot happens and I was in fact a little bit bored. It is slow and the methods used for creating scares are traditional and also increasingly irritating. Jump scares feature heavily, nothing special there as they are real obvious, but it is sound scares that really started to get to me. Over and over again scenes would either change from a noisy one to extremely loud ones, or a high pitched electronic buzz, or scream would start, and the amount of scenes that started with the cameraman doing a loud clap were too many to count. I did not find that to be an effective way of forcing viewers to react. Thankfully the second half of the film manages to change up the formula enough that by the end I was getting some decent chills, it is far more interesting when it appears real evil may be at play.

There are some decent special effects used, though also some poor ones such as ectoplasmic goo that appears like a tentacle out of Jane's mouth at one point (bad C.G.I). Later there is better effects used thankfully with some sometimes gruesome images. The acting is also not bad, though the sub plot of cameraman Brian falling in love with Jane is stupid what with her being a monotone mess for much the film's 98 minute running time, I realise she is meant to be emotionless but it doesn't endear you at all to the character. 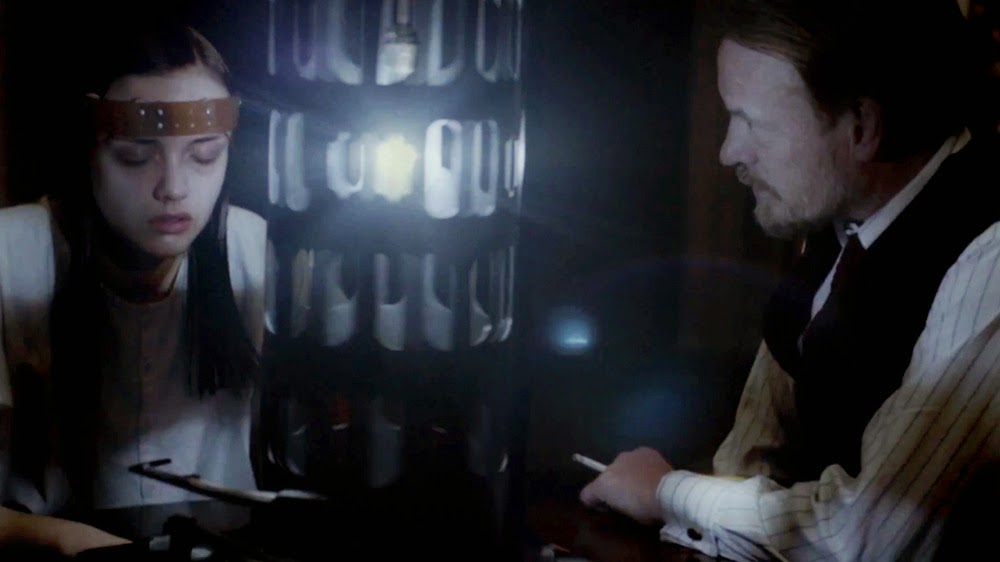 I thought the idea of splicing together traditionally filmed footage along with shaky camera worked well, the transition was usually really quite smooth and the camera footage was lit well enough that there wasn't much confusing out of focus swirling as is often the case. The plot was decent enough if a little too convoluted at times, and some of the heel turns were really quite obvious but it ended fine enough I felt. As for the chills themselves there are some effective seance scenes, and the often used people being dragged around by invisible forces was in full force here. I have to say a later film fight between two characters was pretty awful to watch.

All in all The Quiet Ones is saved by it's second half, in no way an essential horror to watch but this modern Hammer Horror effort was entertaining enough, it could have been a whole lot worse.