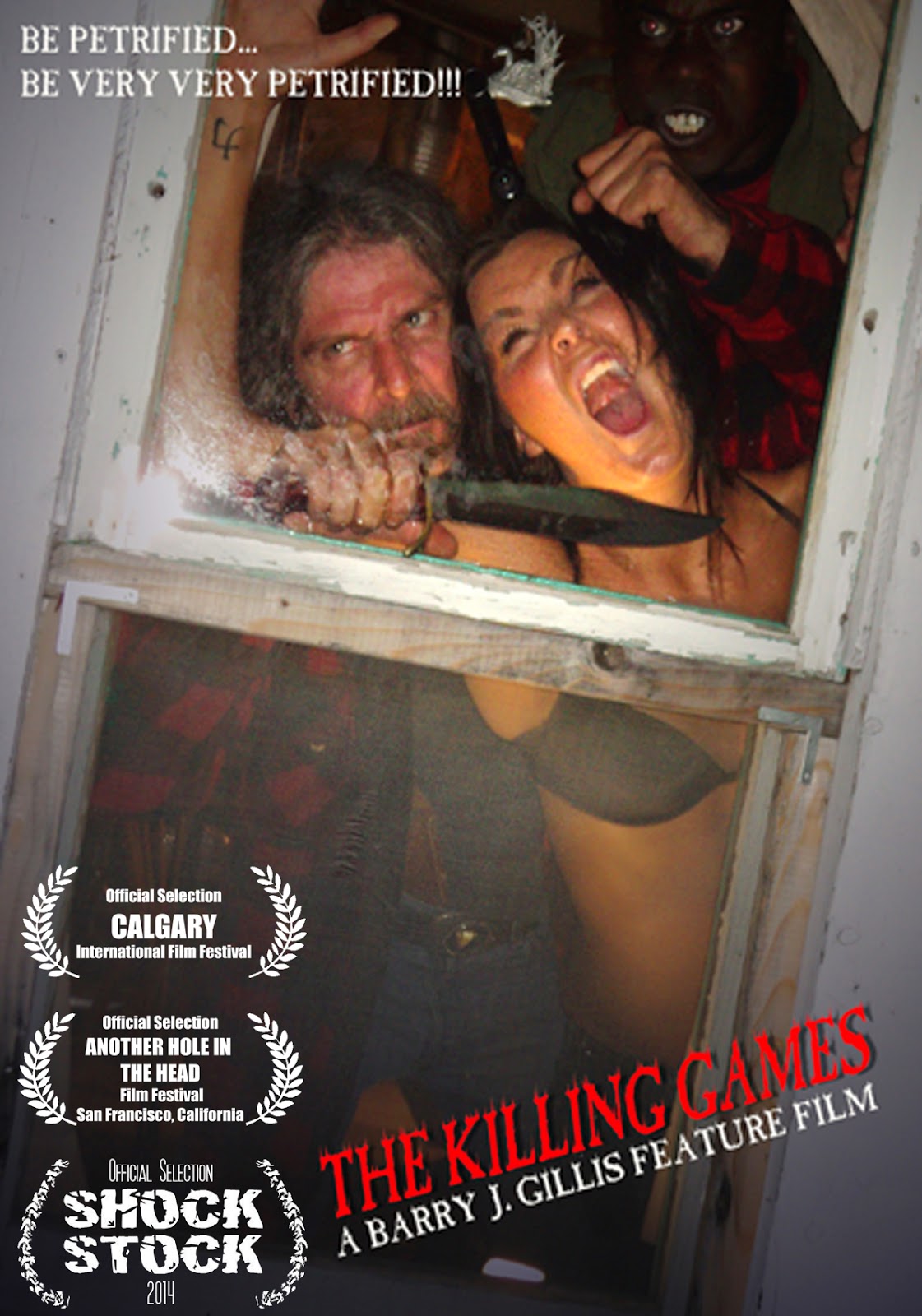 I wrote a post about this film years back (here) when it came into trouble when it was refused entry to the Edmonton Film Festival in a in my opinion stupid move. Regardless of the quality of the film I don't like censorship and so was in support of The Killing Games by principal. Thankfully the film got picked up by other festivals (starting with the Calgary International Film Festival).

It is finally due to be released for public consumption on April 22nd 2014 via Apple iTunes, Google Play, and other outlets by Typhoon Films. It stars Yunona Anders as teenage girl Elysia who witnesses a brutal murder by two serial killers, who in turn see her and give chase. Meanwhile the girls Dad heads out to look for his missing daughter, and nearby a roving gang of criminals headed by Alex (Alex Sharpe) enter the area.

Featuring among its cast horror regular Kim Sonderholm (Little Big Boy, Sinister Visions) this has the potential to be a good film even if I was not taken with the original trailer.
Posted by Daniel Simmonds at 11:48