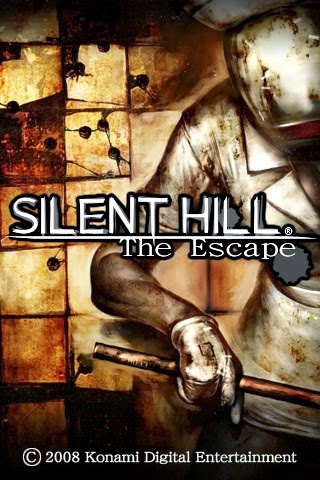 The Silent Hill franchise is one of my most beloved, I just love the idea of a cursed town which draws damned souls and then torments them with their own hidden fears. I got an iPhone earlier in the year and seeing this on the store I had to purchase even though I had a very strong inkling it was not going to be very good.

You play as someone who has become trapped in Silent Hill, or more specifically a series of mazes. There is not really much story other than sentences after every few levels saying how you need to escape. Once complete you get an ending of a kind, but a pretty stupid one. 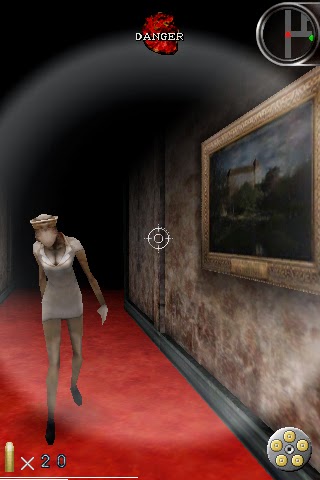 Each level takes place in a different location and is a maze, a bland maze from which you must first find a key, and then find the elevator exit. You first explore mist world Silent Hill before going onto hell world Silent Hill but apart from a more mesh like view there is not much to tell the two apart. Locations include a hospital, sewers, train station, hotel and more but each location is very bland and featureless.

Played in first person you touch to move your character around clumsily. The levels have enemies from the Silent Hill games such as zombie nurses, possessed wheelchairs, hulking brutes and giant insects but they look terrible and don't really do much. You have a gun that can be used to kill these though you get more points for avoiding the creatures. The gun sight and the reload function look hideous and completely out of tone with the rest of the games bear minimal art style. 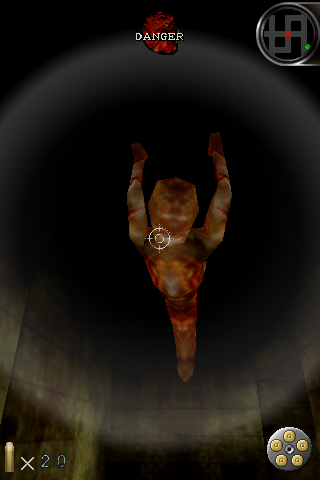 The main problem with The Escape is that it is extremely boring, each and every level pretty much the same with no sense of fear or horror you would expect. When you die your character screams, that's about it for scares. Once you complete the game you can play it using an Alien armed with a ray gun, but this was just as boring.

The best thing about this is the music which grinds and grates and feels Silent Hill like, but in total this is a waste of time, tedious, shallow and so very bland. Avoid.

Posted by Daniel Simmonds at 14:47