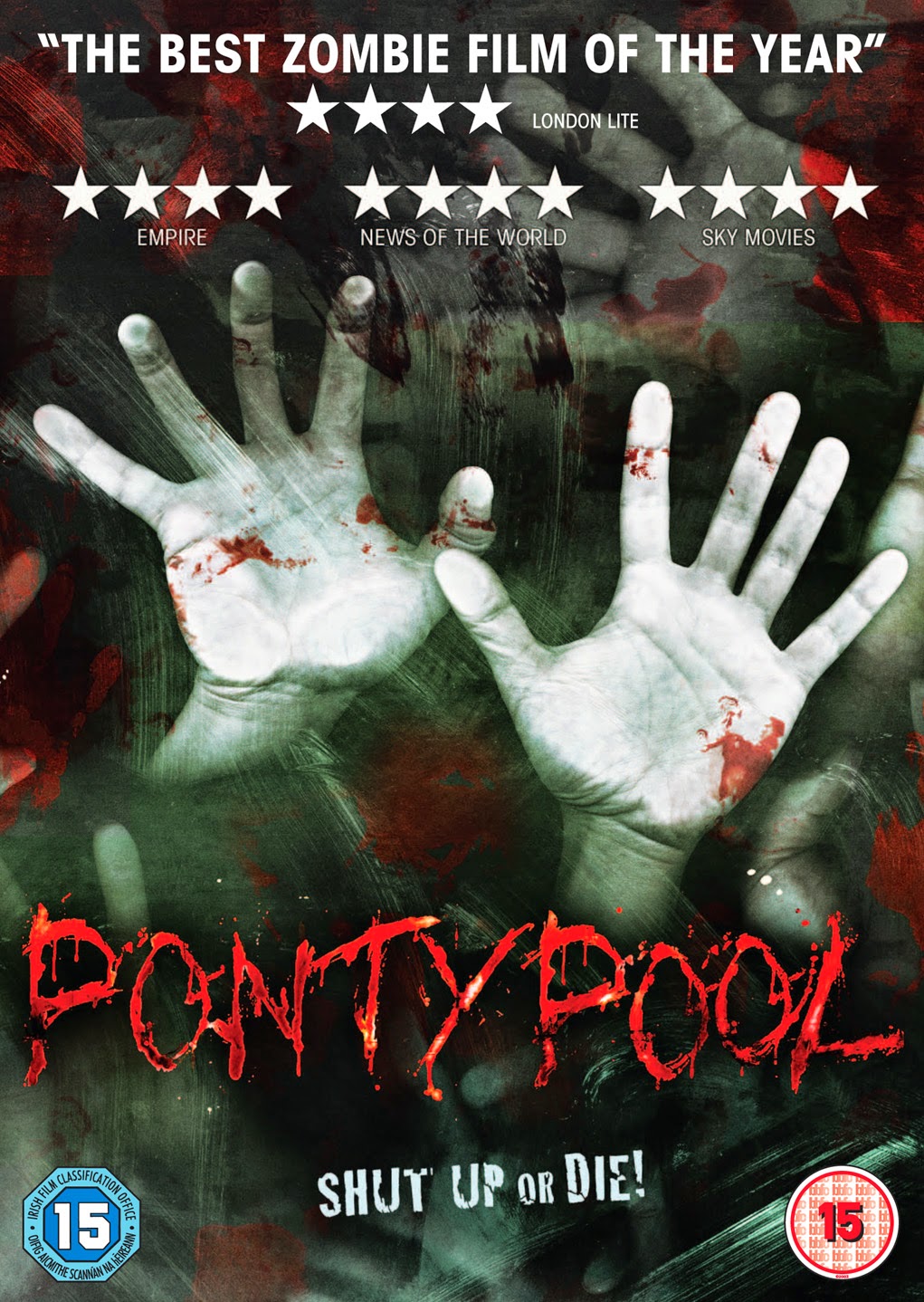 Now I just do not know how to start my review for Pontypool, the idea behind it is so hard to grasp, even by the films end I really am not sure I get it. Rather embarrassed I have to say for the longest time I thought this film took place in a Welsh town rather than the Canadian one it actually takes place in (obviously as both are called Pontypool).

On Valentines day, during a blizzard DJ Grant Mazzy (Stephen McHattie) arrives for his morning slot on the local Pontypool radio station he has recently joined. As the morning goes on he starts to get strange reports from roving reporter Ken Loney about huge groups of people acting violently. It seems that large majorities of the town have gone insane inexplicably. With no official word on what is happening and with rumours of the military blocking off access, Mazzy, along with his producer Sydney, and assistant Laurel-Ann decide to stay on air to try and discover just what is going on. It appears that somehow a new virus has came into existence, one that spreads itself via the English language...

The idea of a virus spread by speech is so hard for me to wrap my head around that this particular plot point fascinated me. The irony of a film about a speech virus that takes place almost exclusively in a talk radio station (a place where talking is the focus) was a great decision. By talking on the air, by trying to warn people could you in fact be helping spread the virus? It is an idea that is handled well keeping you guessing just if the main characters themselves may be infected or not. Apart from the first five minutes the film takes place completely in the studio, much of this has the characters sitting in chairs talking. A zombie film (for this is what this is) that occurs from the view point of people not actually experiencing the madness first hand is unique, I guess Orson Wells radio play of H.G Wells The War of the World is the closest thing.

At times it seems like Pontypool wants to devolve into a comedy of sorts, sometimes McHattie's character gets bizarrely animated, and the eye witness accounts he gets are so outlandish and hard to imagine that it seems almost like a spoof. The disease emerges in the victim repeating a phrase or noise over and over again like a mantra, they get stuck in a loop which leads to them becoming increasingly violent as they fight to break this cycle. Reports of a crowd of people all imitating the sound of window wipers, or a dying man making noises like a baby in his breath come across as kinda funny rather than disturbing. Very effective was when one of the main characters becomes infected, shown by them suddenly imitating a boiling kettle, it does sound silly but on screen it really chilled my marrow. 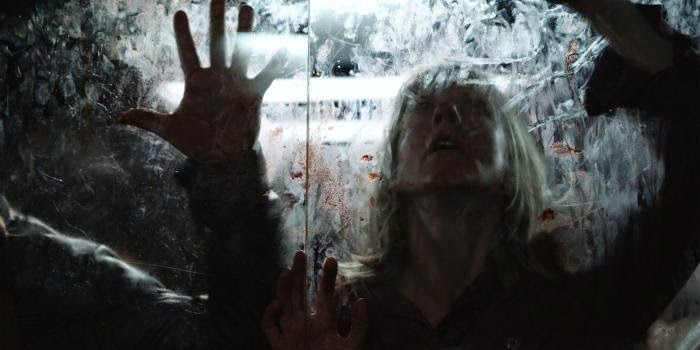 Now the zombies are not traditional ones at all, they do make an appearance here but they mostly are not that scary and easily tricked, but their unnerving habit of repeating back in various tones of voice whatever anyone says did make some creepiness, though this is more effective with isolated zombies (or conversationalists as director Bruce McDonald coins the infected) who act more random than the herd like groups. There is a small amount of gore here but mostly the horror is created through suspense and thrills. The small cast do their jobs well but sometimes their actions seem a bit strange, they don't appear that terrified of the madness sweeping their town even when it seems like the end is coming. One part in particular in which a character is utterly drunk in one scene and then the next appears back to being sober with not much time having passed irked me.

Pontypool has a lot of great ideas, and does a good job at taking a stab at a really confusing subject matter, it's sometimes dip into black humour (such as the obituary section of the film) is not entirely unwelcome though that uneven balancing between serious and darkly comic, along with some inconsistent character actions stops this being a top tier horror. Nonetheless this is solid, thoughtful stuff.

Nice review! This movie is actually one of my all time favorites.

thanks, it was very different to what I was expecting, but highly watchable