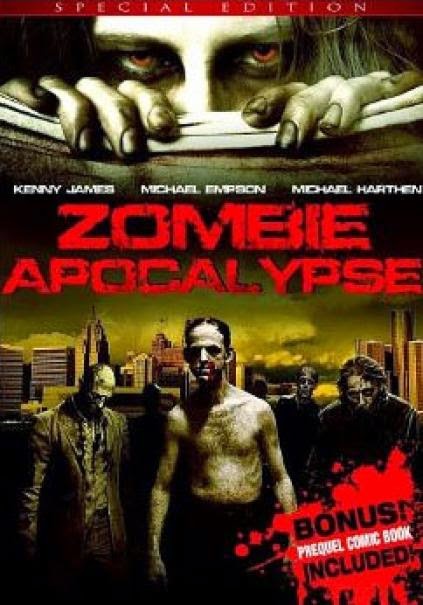 Of the trilogy of films that I borrowed off my dear friend this is the second. To be honest I started watching this a few months back but didn't make it past the first scene, a day or so back I tried again. Zombie Apocalypse is a no budget horror, but the good thing with zombie films in particular is that sometimes money constraints can lead to great things happening.

Dwight Miller (Kenny James) is an ex Illuminati enforcer who went rogue after his superiors found out he was married to the head scientist of one of their secret projects (I think?). He took with him stolen information, but in retaliation his wife was taken away. Miller has spent the last 3 years searching for his lost love, whilst his former partner and protege Agent Net has been hot on his heels with orders to kill Miller. Finally he catches up to him, but a botched attempt to dispatch him using zombies (of course the secret project was zombies) leads to the outbreak of accidental zombie apocalypse. Teaming up with a group of survivors Miller keeps on the chase to find his wife. 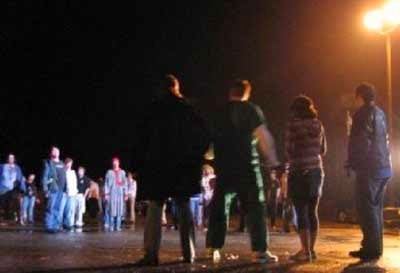 This is not a good film by any stretches of the imagination, a few main characters aside the acting truly stinks, it almost seemed they were purposely trying to be bad at times. The plot is basic with bizarre plot holes, and the film cannot decide if it wants to be a goofy comedy or straight up horror, veering wildly between the two. The music is cheesy as hell rock that adds to the low budget feel, while loud generic sound effects are stuck absolutely everywhere.

What zombie action that is here is not that bad, mainly they will swarm in and drag people to the ground which always looks good, and there is some nice touches such as the big zombie fight towards the films end when most the people involved die in various different ways (highlight being the man in a gas mask who is dragged to the ground and eaten whilst frantically attempting to wipe blood off the eye pieces of his mask, even as he is pulled down) The make up is not the best, but it does do it's job even if the actors playing the zombies are very amateurish. One scene has a dead zombie quickly lifts it's head up to look at the action occurring in front of it before placing it back down, other dispatched zombies visibly blink, and a few insist on walking around with their arms straight out in front which looks ridiculous in this day and age. 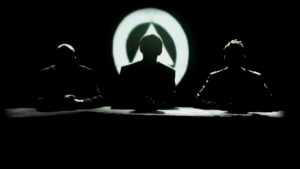 The cast suffer by all being so young and youthful, it is hard to take them seriously, especially the Illuminati agent and Miller who do their best to disguise their age by wearing plenty of facial hair and speaking in near hilarious deep, deep gruff voices constantly. There is quite a well choreographed fight scene between these two at one point, a great part of the film even if scenes of a random pigeon sitting on a rafter kept getting intercut into it for utterly no reason.

The plot makes no sense such as several days into the apocalypse and a young militia group has already formed complete with fortified base complete with an armoury and klaxon alarms where they await the arrival of the zombies who for some reason are most definitely going to show up in a few hours in force. The final fifth was actually pretty watchable and surprisingly bleak and moody. I can't help but feel if the whole film had followed this tone it would have been a lot stronger for it.

Zombie Apocalypse is most certainly a zombie film, it is fun in places and has a strong finish, but too much of the rest of it just feels so filler with too many random, needless scenes injected in to make up the 90 minute run time.