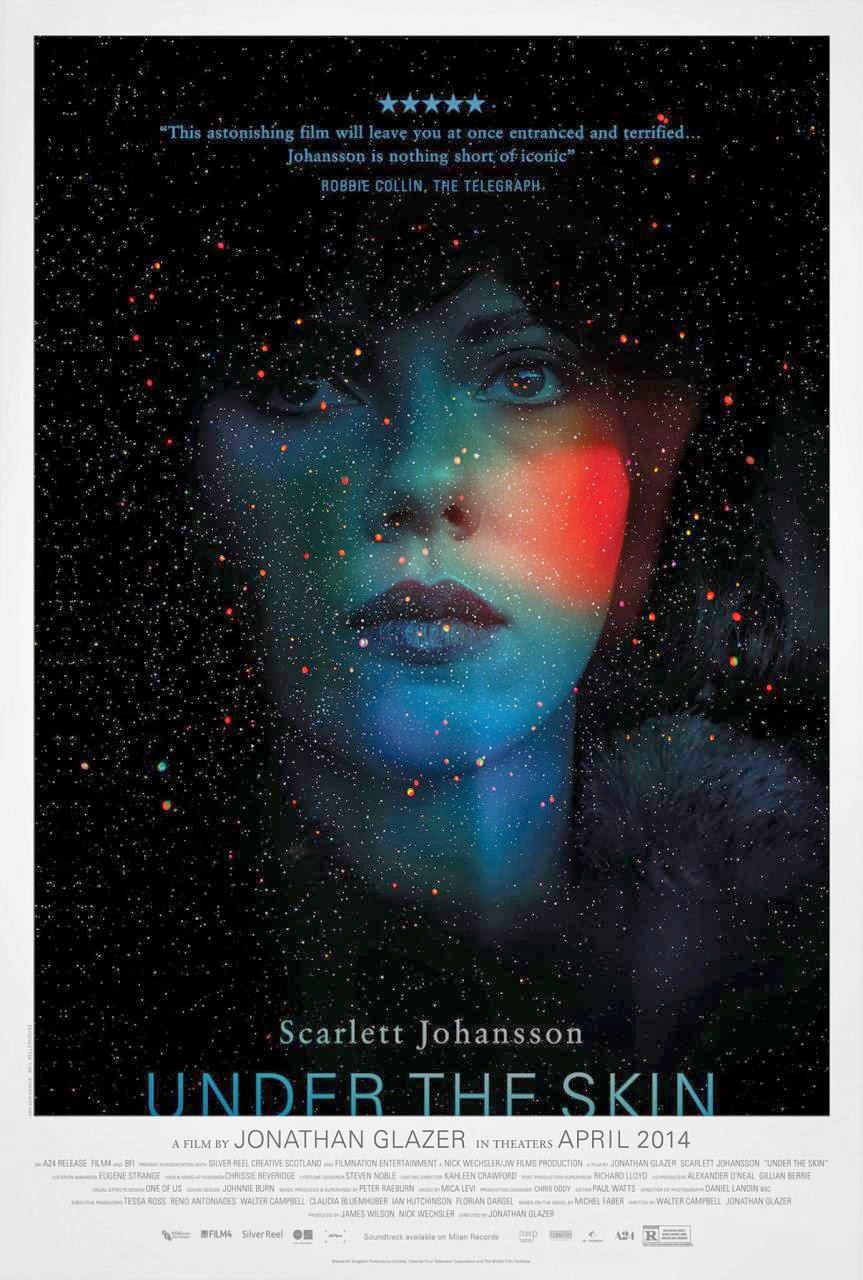 I almost missed this film, and until earlier today I had never even heard of it. As it sounded like a film that would fit on this blog I decided to take a chance and see it. Despite being a low key art house style film it stars super star Scarlett Johansson. Minor unavoidable spoilers ahead

While the plot is never implicitly explained Johansson stars as an alien being wearing a human skin. She travels around in a white transit van where she entices men with her looks and lures them back to her house where they become imprisoned. At first utterly devoid of emotion as time goes on she starts to show glimpses of humanity and to question just what she is doing. 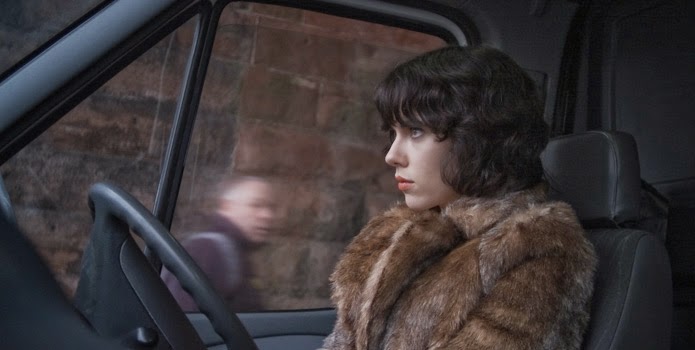 For an art house film the cinema had quite a lot of people in it, I firmly believe nearly all of these were there just because Johansson was in the film. Around a third of the way through a couple in front of me left the room never to return, walking out at the films end people seemed baffled by what they had just seen. Now I for some reason take quite a shine to arty films (such as Coyote, and Lord of Tears), I knew what to expect as minimum so was not thrown by full female and male nudity, long, long shots of peoples faces and scenery, discordant music, and minimal dialogue.

Now while I usually disprove of nudity in films, here it is not used for titillation, instead it is tasteful and used only when it needs to be. This includes plenty of shots of Johansson herself naked, I do happen to find her quite attractive but my enjoyment of this film came down to her acting ability. Devoid of emotion it is fascinating to see this being exist in the world. You get the impression she sees humans as ants, this view reinforced by many camera shots observing random people as she drives past them. A scene in a busy nightclub sees her in almost a panic as she desperately searches for an exit from the writhing mass of humans. Under the Skin is almost devoid of any dialogue, mostly occurring when she tempts men into her van where her mimicking of human small talk and fake smiling really give a strong impression of just how out of touch she is, especially one bit in which she gets an extremely deformed man into her van and seems for a moment confused as to why he is not reacting as all the other men she has captured do, apparently oblivious to the fact that he does not look like everyone else. 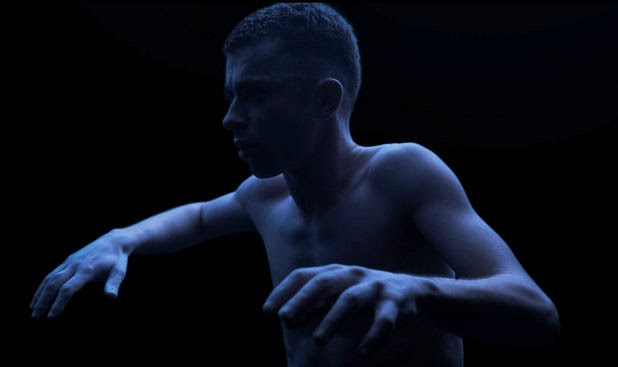 A lot of the film includes street scenes and sequences that feature normal members of the public, they even went as far as to have some of Johansson's awkward conversations with random pedestrians feature non actors, people who at the time were unaware they were being filmed by hidden cameras. With full black hair she is not immediately identifiable as the person she really is so these scenes are quite fascinating and blend so well with actual actors that I found this to be a great idea.

A real slow burner with not much at all happening and lots left up to interpretation, the first five minutes is almost a way to weed off any casual viewers with a long intro sequence consisting of an eyeball. The capture parts of the film are very dreamlike with a pitch black room and a weird alien lake that people become trapped under that is slowly revealed over many visitations to the abject terror that awaits those entrapped; a fate worse than death. Throughout the camera work is great, and is of very high quality. 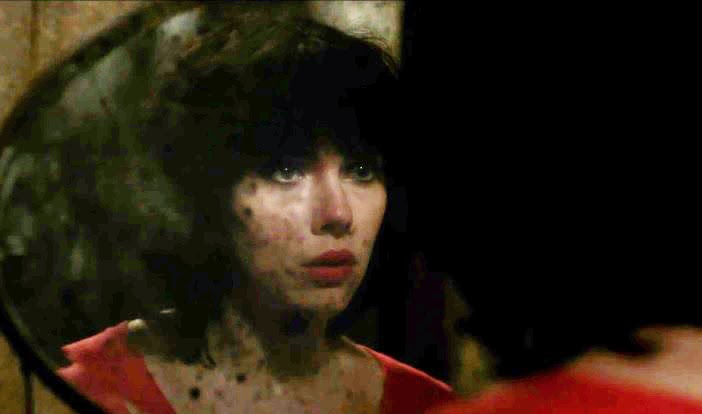 I did find my attention dissipating slightly in the second half, where the first has the being in a crowded Scottish city the second half takes place out in the countryside where I started to get quite confused (something my friend says I get a lot during even the most simple of films). Johansson looks fantastic throughout and the camera compliments this by often focusing on close ups of her face for long lengths of time. Scenery shots are also wonderfully done, with the discordant droning score, and unearthly ticking noises mixed in with forests and seas a wonderful combination is reached. A lot of this discord reminded of the style of David Lynch's surreal films.

Now I fully realise Under the Skin is not something that everyone would enjoy, especially if you have a short attention span, but it is such a haunting, melancholic, disturbing, and yet at the same time strangely peaceful work of art that I could see myself watching time and time again. A balanced portrayal of humans that for a change does not judge but just observes.