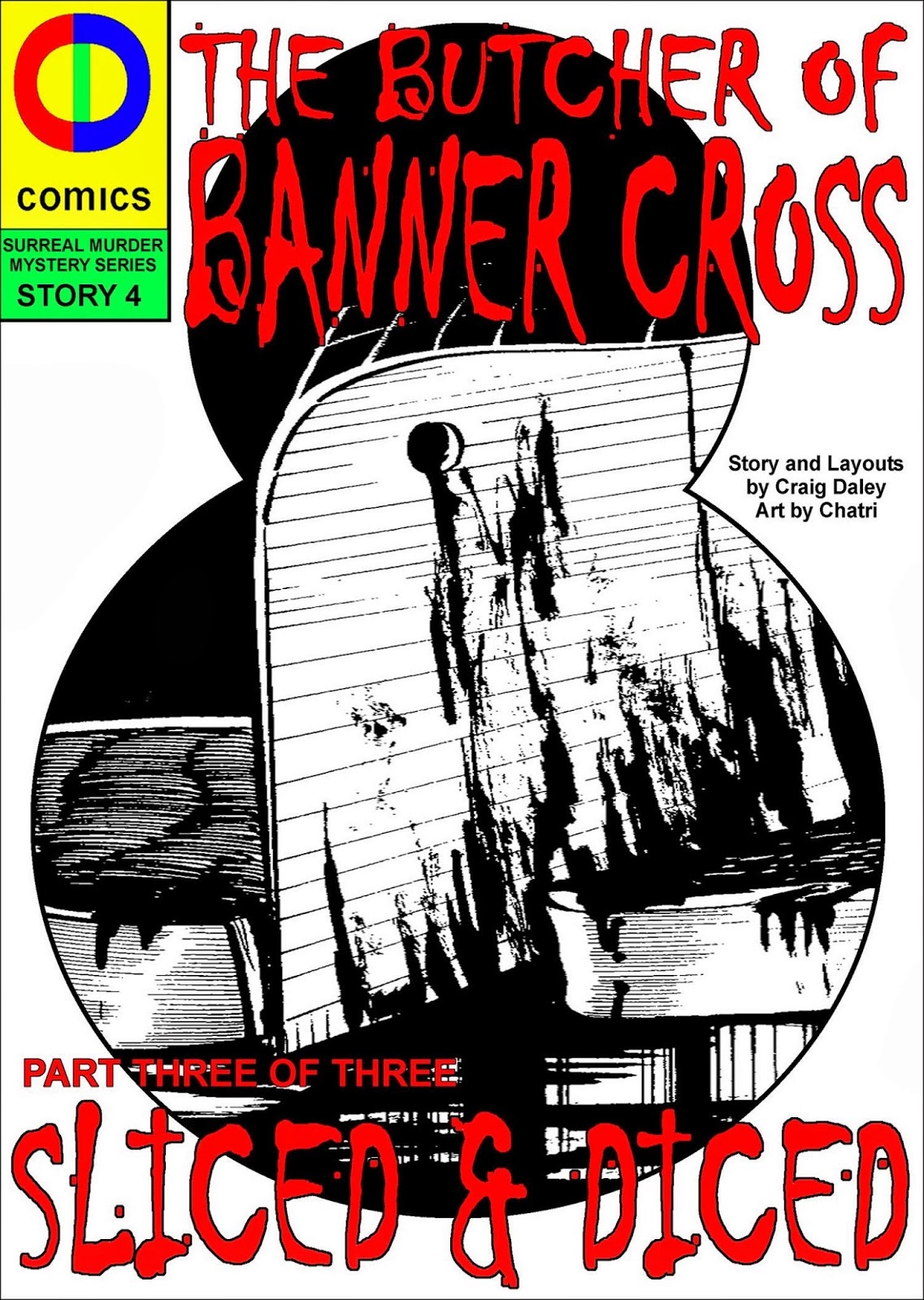 Sliced & Diced is the third part in Craig Daley's latest surreal murder mystery that involves a serial killer only going after vegetarians. As always for the Banner Cross stories art is by Chatri, a step up from Daley's demented creations but something lacking some of the charm also.

With the bizarre Punchline not willing to stop the serial murders until five victims have been killed he is forced to show his hand when the killer makes an appearance. Following the wrapping up of the case Punchline's origins are revealed in the second half of the comic.

I have to say that for once I was not blown away with the resolution to this latest surreal murder mystery. I think it was the fact that quite early on in the comics it was made apparent that the killer was no human, so the reveal here while clever in that intricate way that only Daley is capable of was still  not mind blowing. The second half of the comic is the real treat though, especially if you have read previous stories of Daley's as there is some really quite clever reveals that include specific segments from a past comic. The art is really quite strong, and the Sin City style of reds give the otherwise black and white inks more substance as is always the case. I had a decent look at the art this time around, it is pretty good.

A bit of a short review but it's part 3 anyway so if you have the other two of course you will buy this one. I admit I am a fan of Daley's style of doing comics, there really is nothing quite like it out on the market, so if you are after something surreal, and something different then this is for you.