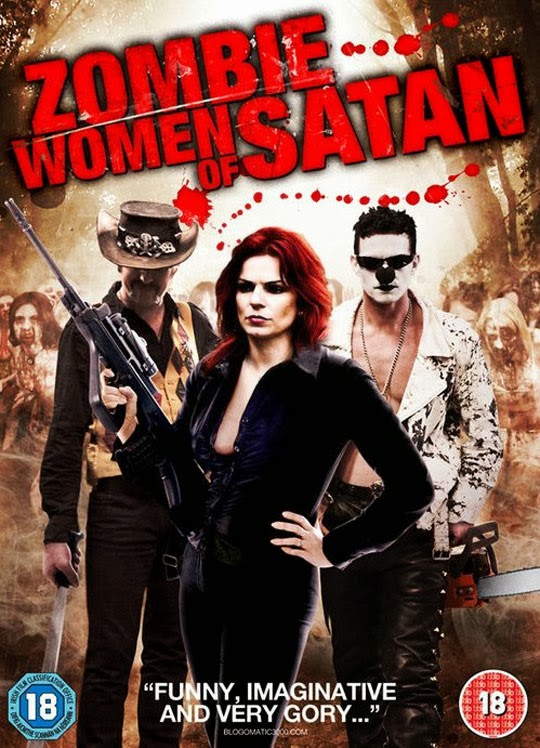 Over a year ago I borrowed three zombie films off a close friend of mine, ever since she has been belligerently asking when I'm going to be done with them. Kind of a fair question I guess. Zombie Woman of Satan is an English based zombie comedy.

A popular travelling freak show that includes Pervo the Clown (Warren Speed who also wrote and directed the film), Zeus the dwarf, Skye the rock star, Harmony Starr the burlesque dancer, Damage the mute knife juggler, and Johnny Dee Hellfire the ringmaster (Seymour Leon Mace) are invited to a remote farmhouse to conduct an interview for a popular internet based TV channel. The owner of the TV channel; Tycho Zander has quite a few dark secrets though; his family's farmhouse is actually host to a brain washed cult made up of scantily clad girls, also his father conducts sadistic experiments on these girls, and one such experiment results in a zombie virus being unleashed just as the freaks arrive. Now the group must try and work together to not only escape the outbreak, but also to rescue Skye's sister who turns out to be one of the brain washed cultists. 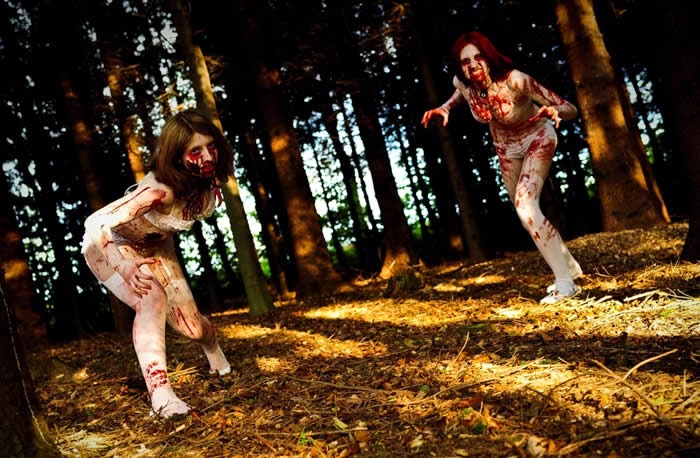 This is not a good film, it is not good for a variety of reasons. First and foremost the humour for the most part is terrible, it just doesn't work. There are many 'skits' that are far too over long and end with very unfunny payoffs, such as one stupidly dragged out one of Zeus trying to go toilet in the woods. A lot of the jokes revolve around toilet humour, though sexist and homophobic jokes also feature in high abundance. There is some half decent dialogue at times, mostly the interactions between the travelling group who appear as a tight unit. The characters Pervo the Clown and Johnny Dee Hellfire in particular spar off each other very well. The same can't be said for the evil family, Christian Steel as Tycho is about the only well acted one, the characters of Red and Blue Zander could not act their way out of a paper bag making their scenes nearly unbearable to watch.

Misogyny runs rampant throughout, only the characters of Skye and her sister (eventually) come across as strong females, everyone else is just weak, weak, weak. Harmony Starr is portrayed as an air headed girl, and the woman members of the bad guys all submissive to the males of that family. The worst is that nearly every single zombie is a barely clothed female. For reasons unknown all the girls of the film are dressed in just lingerie, and even more baffling when they turn into zombies nearly everyone of them ends up going topless meaning there are hordes of half naked women running around. Really not good to watch, and I can think of utterly no reason other than to try and provide some titillation and appeal to the male demographic. 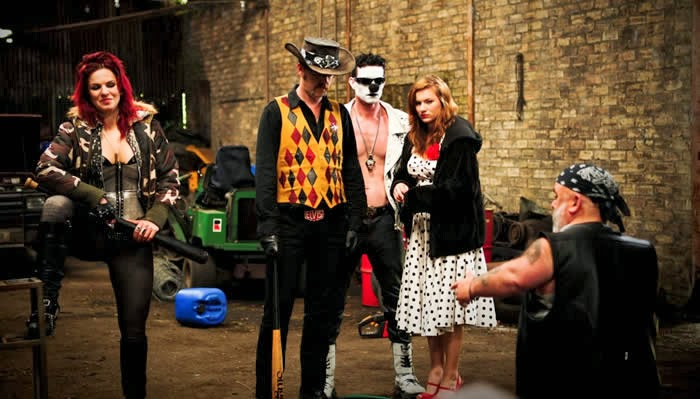 If the zombies had been varied, if there had been more a plot then people just running around aimlessly and occasionally splitting up for no good reason, if there had been better written humour then Zombie Women of Satan could have worked. Some of the gore effects are quite cool (only some, for example a zombie getting it's head sawn in half is let down by it blatantly being a dummy), the film's score is decent,  and the interactions with some of the cast are quite entertaining. When it comes down to it this is not a good film, it's desire to draw in viewers using female nudity is a terrible idea and one I just can't get past, it just was not needed.