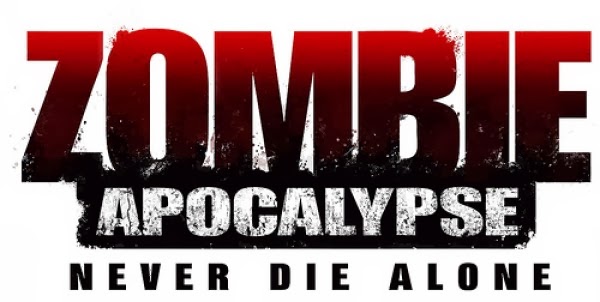 If there is one message to be taken from Zombie Apocalypse: Never Die Alone it is this; be careful what you wish for. Back in 2009 a single screen twin stick shooter called Zombie Apocalypse was released and reviewed by me (here). In my review I lamented the fact that there was no semblance of plot, that it was confined to a single screen, and that the 4 characters to choose from were all identical to use. All these have been fixed for the sequel (I believe in name only as it doesn't seem to have anything to do with that games world).

Never Die Alone takes place on an island where zombie apocalypse has broken out. Four different survivors wind up together and they unite to locate a boat that one of the group owns, so that they can escape the nightmare. These four include Jeremy - an ultra annoying man child who only speaks in videogame speak (constantly calling everyone Noobs), Money - A black rapper from Britain who speaks all cockney, a moody girl who is a weapons expert, and a hippy priest who speaks really, really mildly. These four unite to make irritation into an art form. 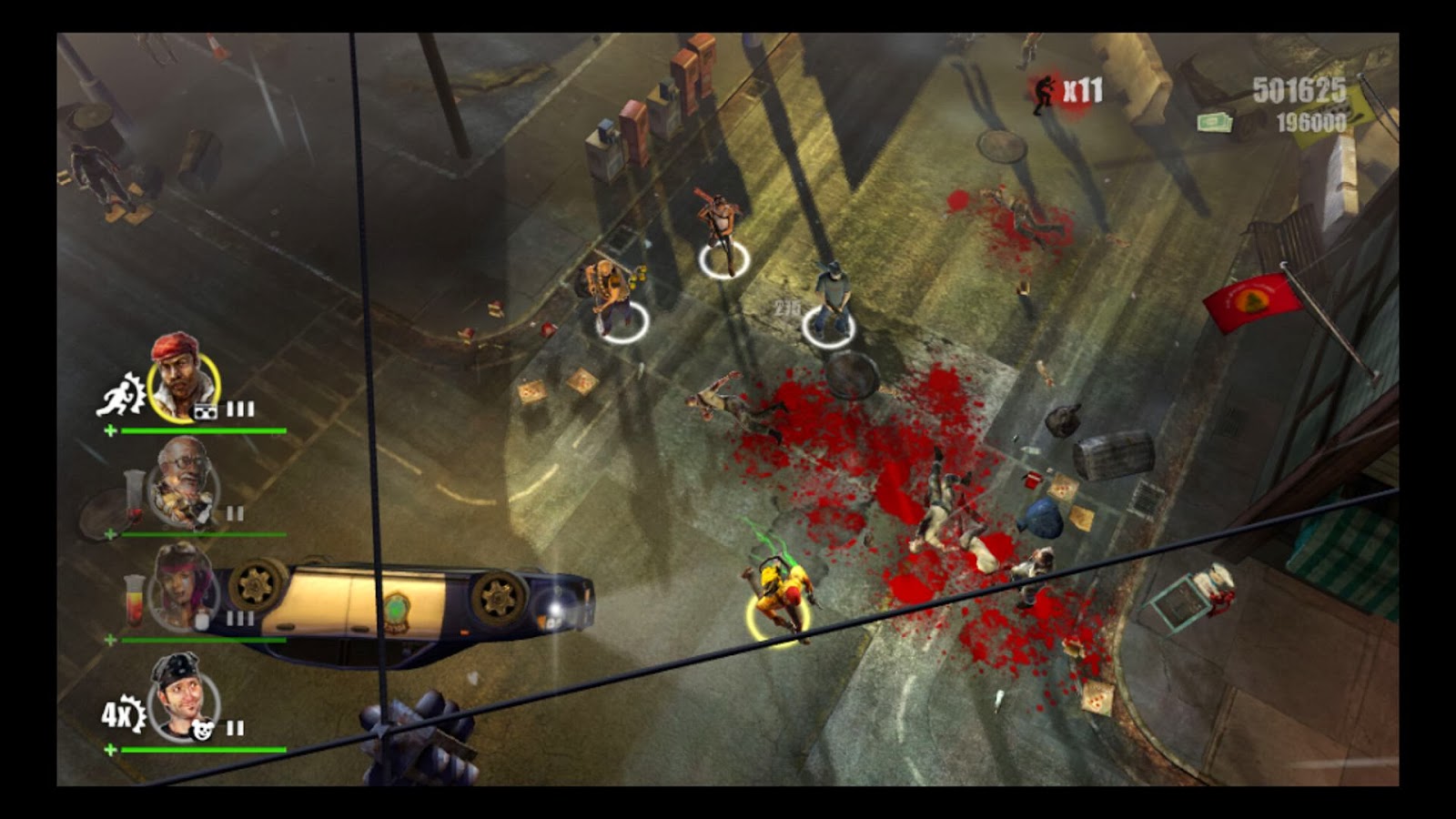 While it is good to see levels are now designed as actual levels and not just single screens, coming after the excellent Playstation Network shooter Dead Nation it all feels a bit flat. That game had fantastic level design, places felt realistic, here not so much. Trailer parks, power stations, docks and gas stations just don't have any real character to them. The environmental kills from the first game make a return (electrified pools of water, meat grinders, even a bucking bronco) but their inclusion here is less well done, many not really being in the path you would take, going out your way to use them seemed a bit pointless.

Each of the four characters has their own weapons. Jeremy has a machine gun, explosive teddy bear and a special move of double strength and speed. The priest has a shot gun, Molotov cocktails and a special move that heals everyone. The girl is armed with a rifle and can also throw a gas canister, her special move has her constructing a gun turret. Lastly Money the rapper is armed with duel pistols, has a ghetto blaster that makes the zombies dance and his special arms him with a cricket bat for powerful melee attacks. All the characters are different shades of unbearable. Again going back to Jeremy - he just never shuts up, the voice acting is atrocious and to have these four unlikeable characters constantly bleating on is just too much of a distraction not to call it into question. 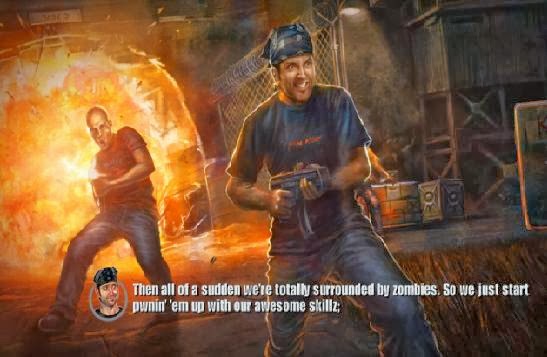 For the most part you fight zombies of various types but who all look the same, the isometric view makes the zombies a bit hard to define, there are red ones who seem to move faster, and there are giant zombies who usually initially turn up as bosses but other than that not really much identity (not bad as zombies are supposed to be in masses). Killed zombies drop cash that can be used to buy upgrades for the characters, as well as tools that quicken up your special power charge.

The games world looks dark and grim, the zombies are not shown as cartoon like and there is a heck of a lot of blood yet for some reason the game makes attempts to be humorous, case in question the end boss has comedy sound effects when it dies, along with applause. The comedy tone just does not sit well with me, the first game was not like this, and here the 'fun' feels so shoe horned in. I just do not know who the developer Backbone  Entertainment thought this would appeal to. 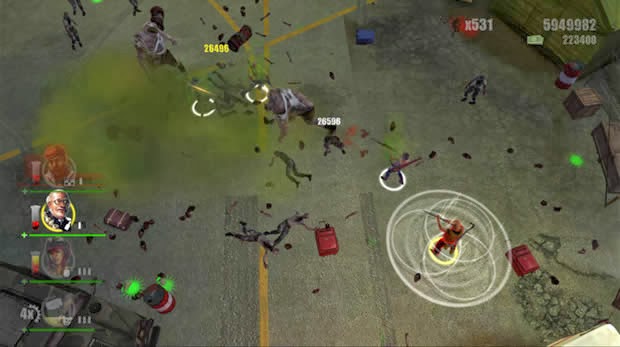 While this can be fun in multiplayer overall it just does not really fit in anywhere. The super annoying characters and ridiculous attempts at humour makes what could have been a halfway decent game into something that I just could not wait to finish.

Posted by Daniel Simmonds at 04:53