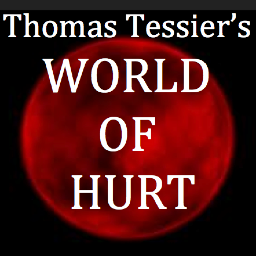 Apparently Thomas Tessier is a prolific horror author. I am sad to say I have literally no idea who he is or what he has written. This is probably to my shame as he has won praise from such horror greats as Stephen King and Peter Straub. Tessier has written a tonne of short horror stories and it is five of these that are to be adapted to film.

I have a special fondness for anthologies despite them often coming across as feeling rushed. The five short stories to be contained in World of Hurt are: I Remember Me, In Praise of Folly, The Infestation at Ralls, The Ventriloquist, and Evelyn Grace. Intriguing titles at the very least. Each of the five films in the anthology will be directed by a unique director. Tessier has said of the project:
"I’m thrilled to be working with such a talented and accomplished group of directors and filmmakers. They are going to create powerful moments of fear, dread and horror, and riveting cinema."

Production is due to start this year, and Well Done Productions are currently seeking qualified lenders and investors. Who knows if this will actually be made, and apologies if Tessier is a well known author, either way I do like anthologies so will keep my ear to the ground when more news about this becomes known.

*UPDATE 18.02.2014*
Thomas Tessier's World of Hurt has now got a distributer for the U.S and Canada - All Channel Films Inc.