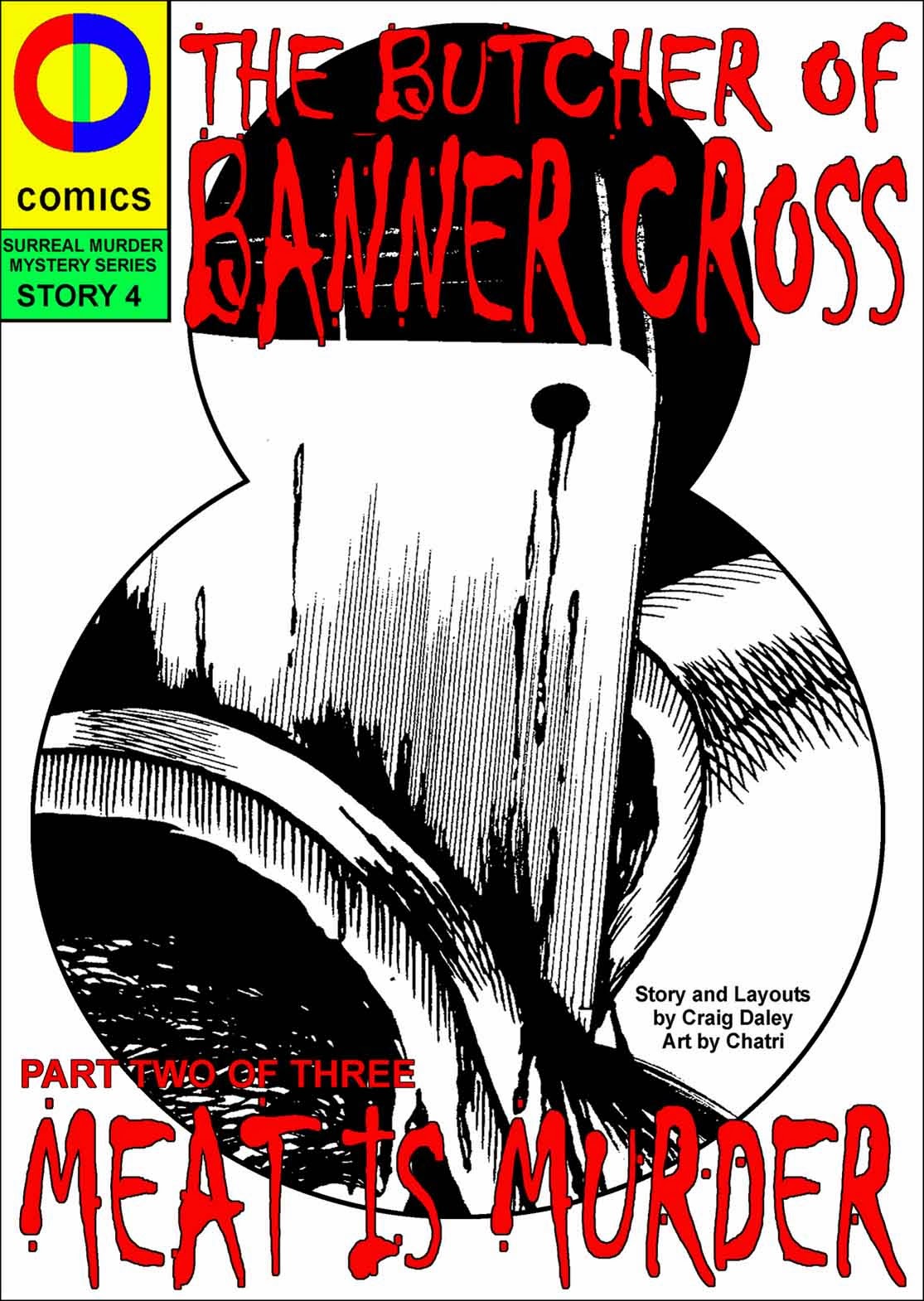 To coincide with the release of the third and final issue of the Butcher of Banner Cross murder mystery here is my review of issue 2. As with the first issue art is by Chatri, while the story and layouts is by Craig Daley.

To briefly sum up; a serial killer is on the loose in Banner Cross, someone or something that is able to dismember it's victims in seconds and leave them neatly laid out in chunks. The first issue saw wild card Punchline brought in to assist the police, here he does some more investigating as the body count rises. As Punchline himself says, he will only reveal what he knows to be going on once five victims have been killed.

Again in black and white, and with an almost Sin City style of using red as the third colour but only sparingly. I did seem to find it easier to follow the dialogue this time around. Daley's comics always focuses on conversations and so was good that for what ever reason it seemed to flow better. I had  been slightly confused with just which characters were which before but here they are all easy to identify thanks to the clothes they wear. 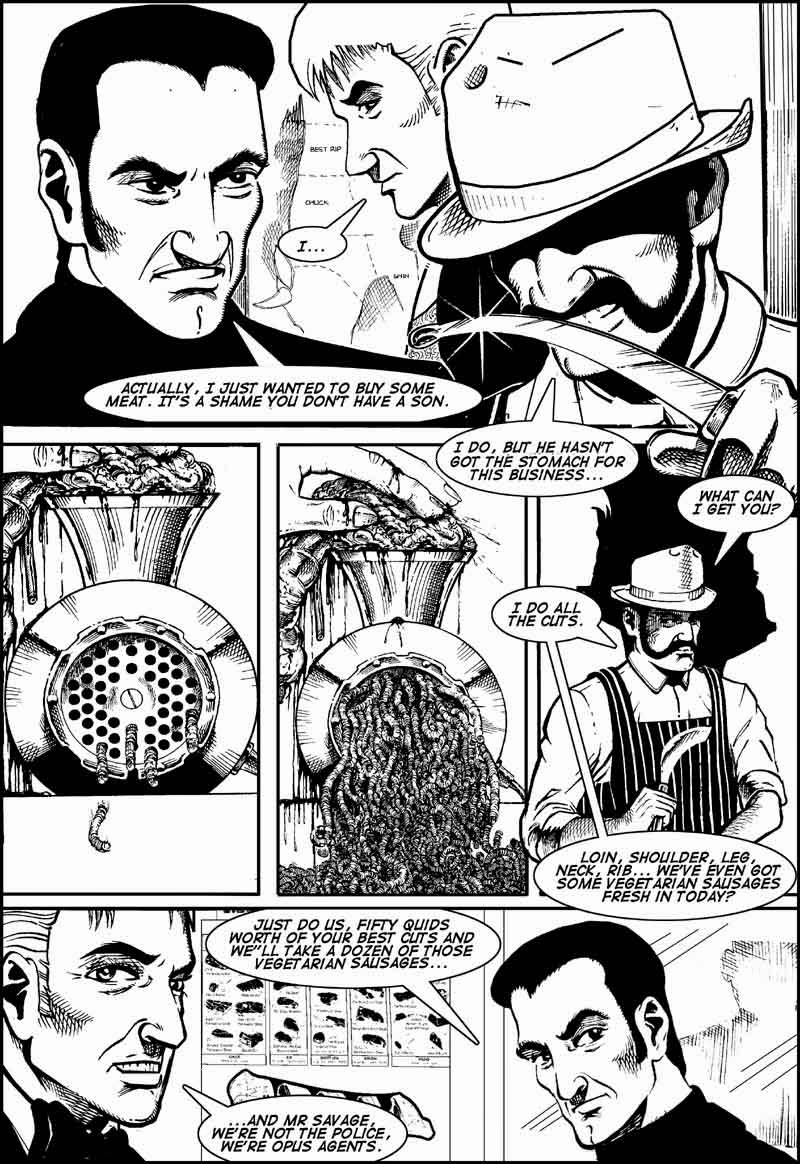 A load more clues are revealed this time around, and I do want to find out who the killer is, but I get the strong impression there is going to be a supernatural reason for it all, nothing has quite lived up to the amazing reveal at the end of Daley's previous comic Football Crazy. As always I am quite sure that clues are littered everywhere in the background and in what the characters say to each other.

With Punchline Daley has created a great character, and the whole theme of meat is one I have not seen discussed in comics before. Both Meat is Murder, and the third issue titled Sliced & Diced, as well as all of Daley's previous comics are available from various online stores and are priced around $2/£1.30 each.

Posted by Daniel Simmonds at 07:17