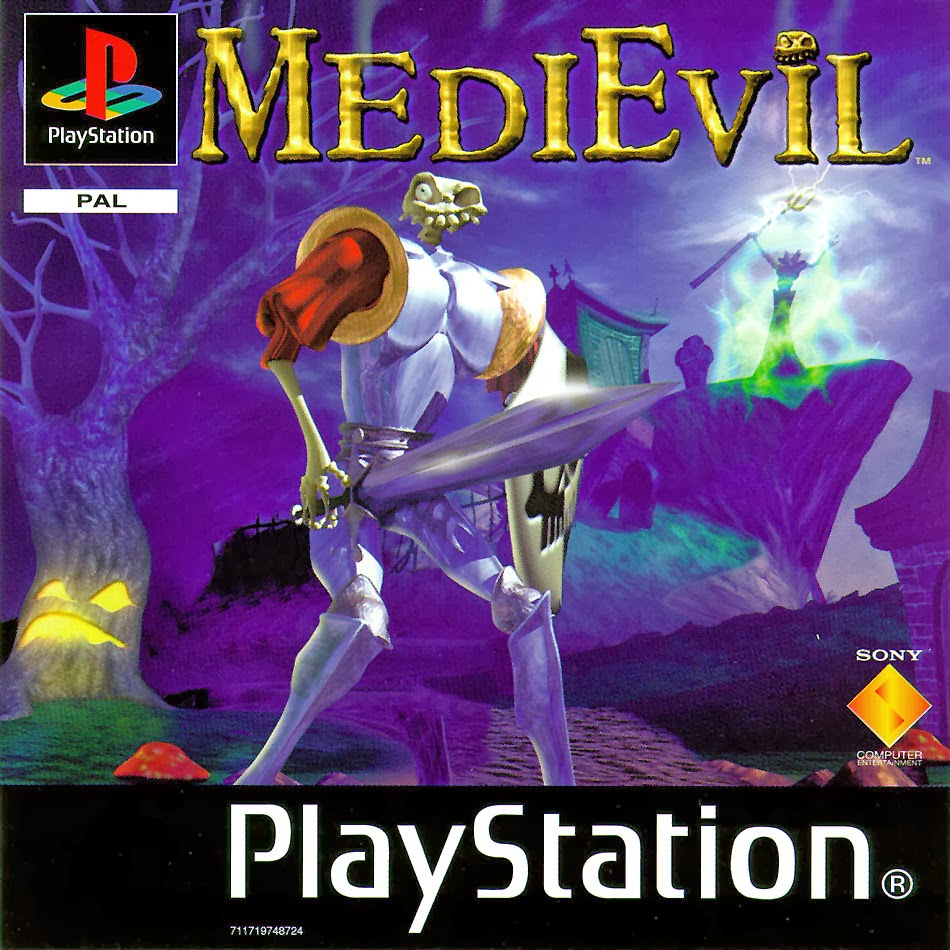 I fondly remembered MediEvil as one of my favourite Playstation games, having brought a copy on it's launch day. Recently I thought I would replay it, wondering if the winds of time have made this classic now unplayable.

MediEvil takes place in a fantasy land where a hundred years previous an evil Sorcerer named Zarok tried to take over the kingdom of Gallowmere. He and his forces where defeated and legend had it that he was slain by Daniel Fortesque; a knight of King Peregan, but in actual fact Fortesque was the first to be slain in the battle that took place. Now Zarok has returned to once again take over Gallowmere. He casts a spell that resurrects all the dead in the land, as well as turns the populace into his mindless slaves. One of the resurrected dead is Fortesque who sets out to defeat Zarok for real and live up to the legends of himself. 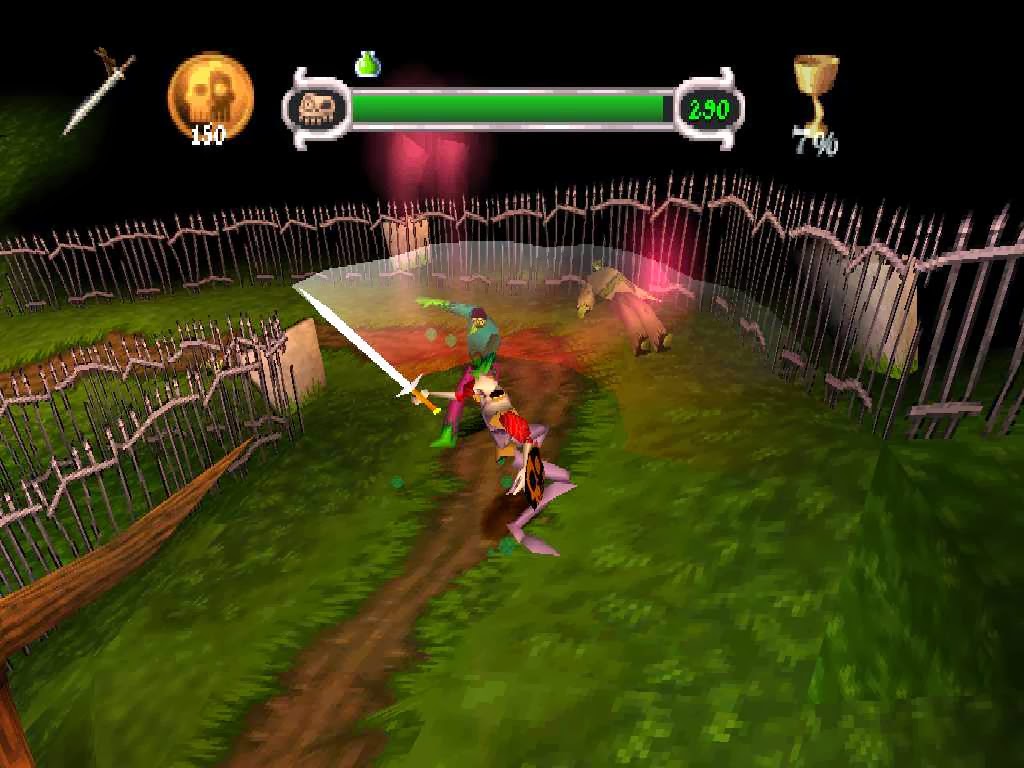 MediEvil is a third person action platformer that sees you as the undead Knight battling monsters and solving simple puzzles (mostly of the find the right key for the door variety). Starting off in the graveyard where you where interred you pursue Zarok across the land to finally confront him at his base of operations. Along the way you travel through corn fields, a mental asylum, ruins, swamps, woods and loads more. There is variety throughout the games levels, one level for instance sees you solving a series of riddles, while another level has you shrunk down to the size of an ant and exploring an ant's nest for items.

The game has a slight RPG feel to it in that sometimes you need to discover specific items to proceed, and there is a vague levelling up system in that you can gain more units for your health bar, and defeating a certain amount of enemies in levels gives you a chalice that transports you to the Hall of Heroes where legitimate heroes from time grant you more powerful spells and weapons. You get a heck of a lot of new items to use, far more than I actually ever felt the need to use. A few are required for level elements, for example the wooden club can be set alight and used to do things such as fire cannon balls from cannons. 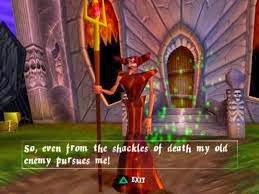 Combat is sloppy but fun, your weapons having a satisfying feel of clout to them. Enemies are mostly all monsters, zombies, skeletons, demons, evil scarecrows and imps. Bosses are frequent and can be quite tricky at times. If it seems like I'm going down a list then that's because I am, to be truthful I never thought I would struggle to write this review, but hey, what can you do when the writing block bites?

At the time the solid graphics and the great score combined with the horror aesthetics really impressed me. Even now the CGI cutscenes are decent, they hold up well, the game itself looks...not as good. Textures can appear flat and lifeless and the enemy design can seem a bit plain. The score is still fantastic, and the British voice cast bring some unique accents even if some of the conversations had fall flat on the comedic angle a bit. A lot of the jokes revolve around Fortesque not being able to talk properly due to his missing jaw, so everything he says is a mumble. 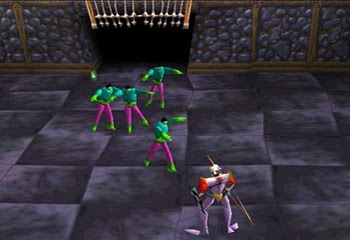 The camera is an absolute nightmare to control. it gets stuck on objects and while the shoulder buttons are meant to be able to move it around the game wrestles with you over this. On at least one occasion I walked off a cliff as the camera simply refused to show me what was ahead of me. On the subject of cliffs if you fall into water, or off one you instantly loose an entire life bar. Quite a few of the levels require precise jumping, something the skittish character you control struggles at as he attempts to constantly break into a run, or skid off a platform, kinda annoying.

MediEvil is still a good game, it has gone down slightly in my estimations though and is starting to show it's age. Still quite a fun game and has lots and lots of content in it. This was later remastered on the PSP with improved graphics and new levels and monsters, would like to try that one day. There was also a sequel set in Victorian era London that I did not think much of but would like to re purchase.

I recently did a review of the game myself. It's really awesome to see other people are playing this game even after all these years. I really like your review. It's way more in depth than mine was. I should work on that.

If you're curious at all about how I viewed the game please check it out: http://berathen.com/2014/02/medievil-throwback.php

Hey, I read your review, yours is better written, sometimes I really struggle to break out of the writing block.