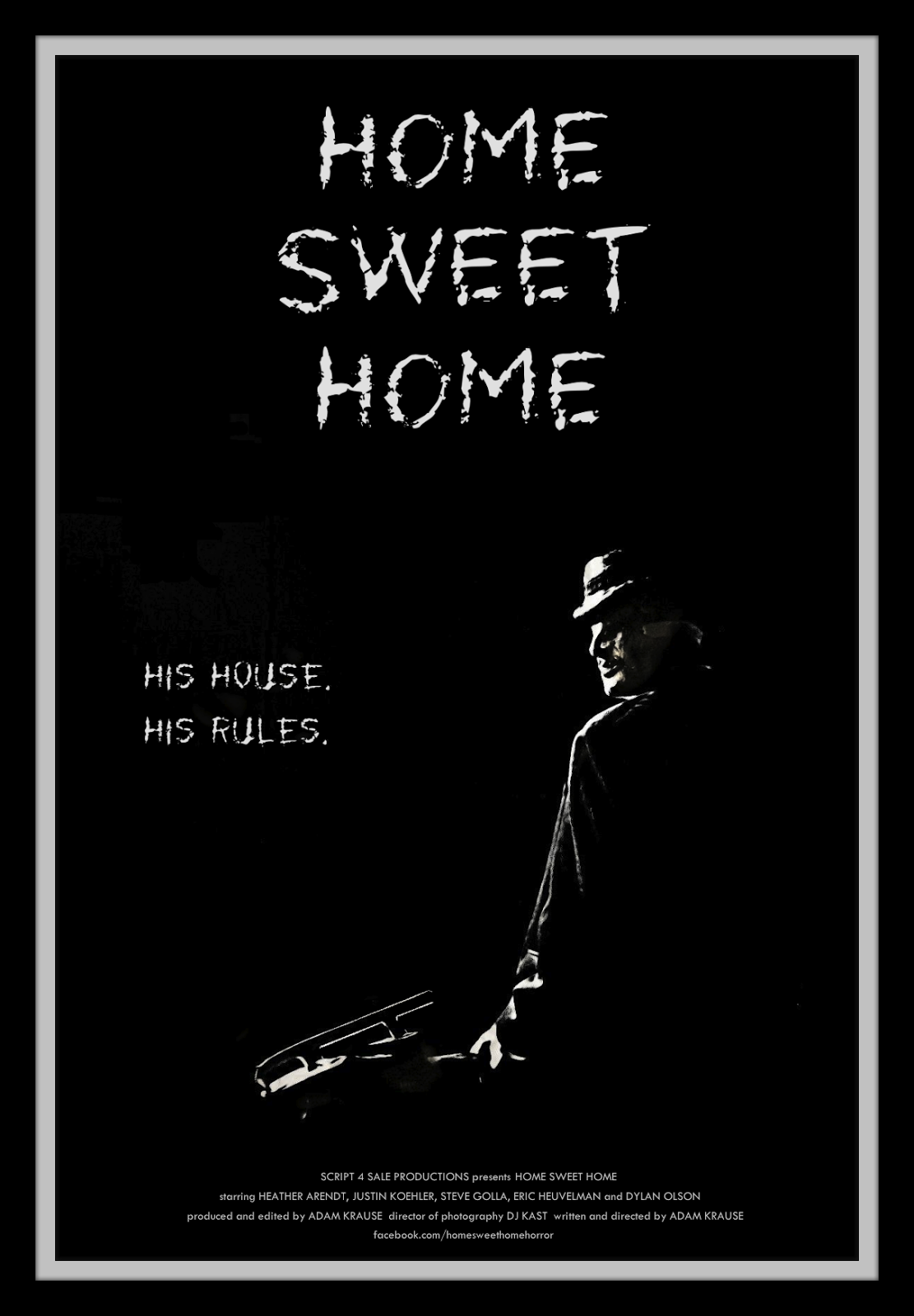 Just as I was trying to decide what film to watch this Friday night I noticed an email in my inbox about indie film Home Sweet Home (written, produced, edited, and directed by Adam Krause). As fate had decided my film choice for me there was no over choice than to watch it! For the astute of you out there you may realise that today is not in fact a Friday, that is due to me writing this review then promptly forgetting I had done so.

Home Sweet Home follows a young couple; Liz and Jason who are searching for their perfect home. With their estate agent proving to be no help they search themselves and stumble across what appears to be a gem; a large house out of the city selling for a low price. Unable to contact the seller they decide to visit the property anyway, and as luck would have it the back door is open and so they are able to explore the uninhabited property. Is the apparently vacant house actually empty though? 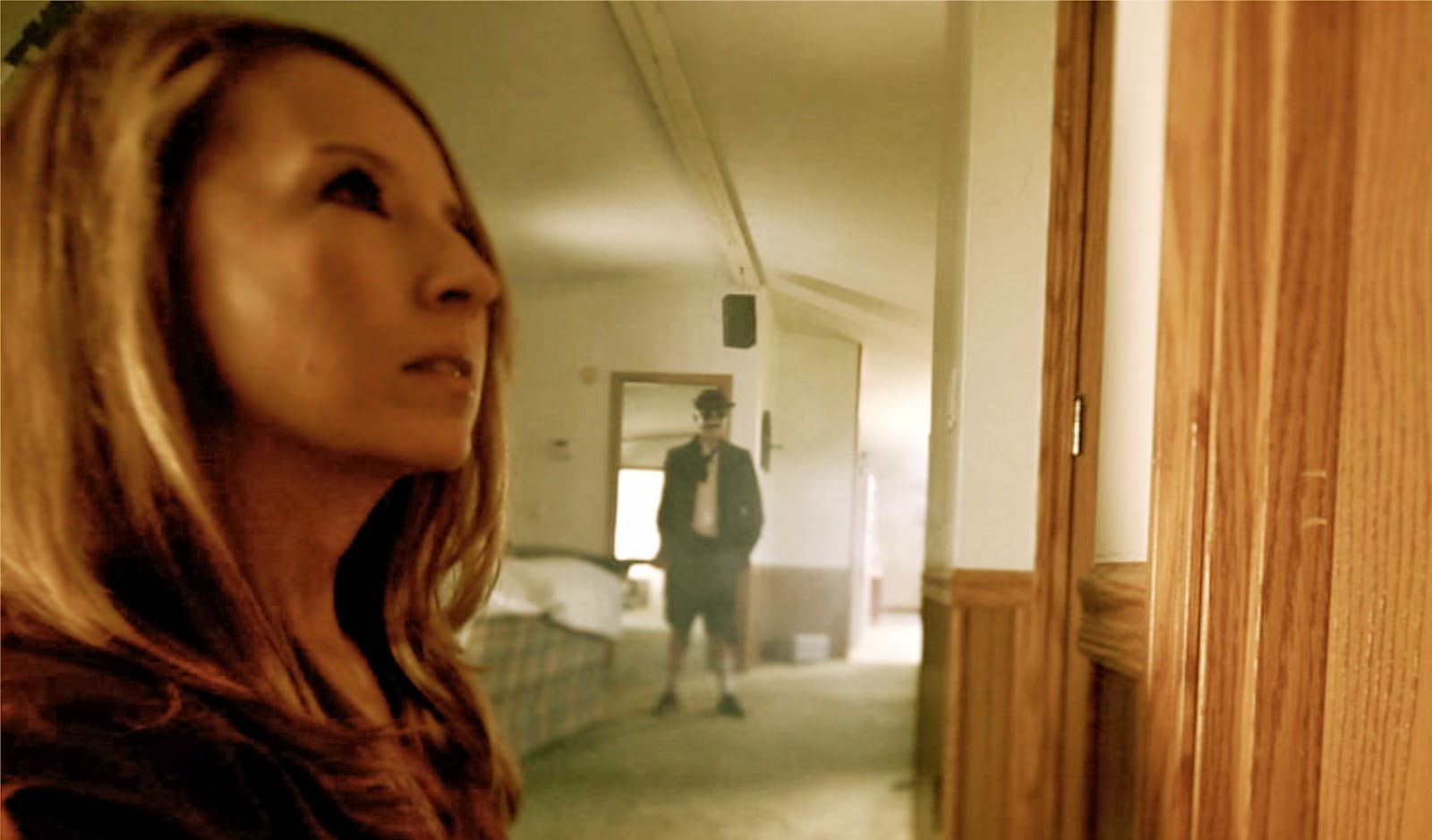 For a horror short this sure does appear to take a long time to get going, around a third of the film is dedicated to a long dialogue between Doug the estate agent and the couple about house prices and other such things, if not for the great intro sequence (that had a real vibe of The Strangers to it) then I'm sure it would have bored me, but with a taste of things to come I patiently soaked in all the talk. It was a way to create motivations for the main characters for sure but I do feel the film would not miss much for having this sequence drastically shaved down.

The real meat of the piece comes from the following two thirds though. The exterior shots of the house of the film manages to exude a feeling of menace even though it takes place in broad daylight, the interior being as it is sparsely furnished not so much, with strong light pouring through the windows I figured it would be hard to create any sense of chills. Now while I watch a heck of a lot of films I rarely actually get scared but Home Sweet Home managed to hit that (home) sweet (home) spot with great editing and directing combining to great effect, even if when the scares did come they could not live up to the anticipation. As a whole it looks fantastic, the sound quality is mostly good, and the camera angles used were solid. The villain of the piece doesn't get much screen time but still leaves an impression. He is dressed as an old fashioned school boy (cap, blazer, and shorts) and armed with what appears to be an ice skating shoe taped to a long pole that he uses to deadly effect. His acting as well as the others is all decent, I have certainly seen far, far worse, better than the usual standard even if I found it hard in my head to see the couple as actually being a couple.

While Home Sweet Home doesn't do too much new it succeeds due to it's frankly expertly directed and edited scenes, certainly an enjoyable piece.