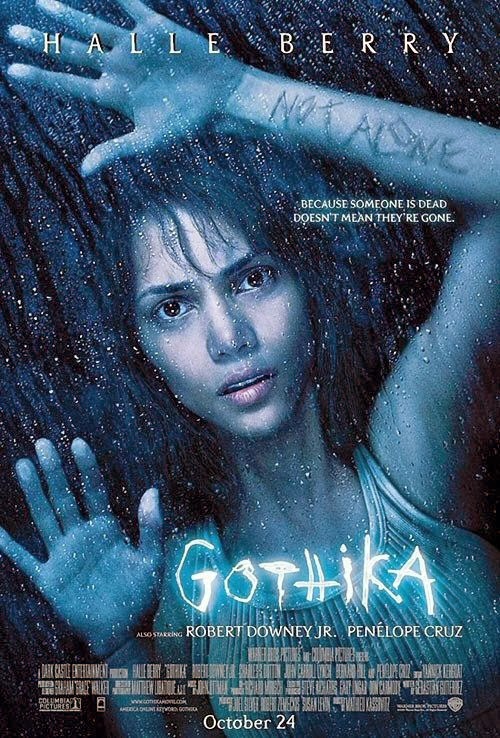 Before I watched this film I hated everything about it, I hated the pretentious title, I hated the emo style cover picture of a cut up arm, and I hated the fact Halle Berry was the main character. For whatever reason I do not like her, thought she was terrible in Die Another Day, and I thought she was terrible in the X-Men movies so I had no urge to ever see this. Today I did however, and I watched it so that I could review it for this blog; isn't that noble of me?

Miranda Grey (Halle Berry) works as a psychiatrist at the local creepy mental asylum. One Friday night she leaves work as usual but a closed road leads her on a detour into the middle of nowhere where a young traumatised girl standing in the middle of the road causes her to swerve her car and crash. Going out to check on the girl she gets engulfed in flames and passes out. Waking up Miranda discovers she is locked in a cell at her mental asylum, her psychiatrist friend Pete Graham (Robert Downy Jr.) informs her that she has been catatonic for the last 3 days and reveals to her that she appears to have gone insane and murdered her husband; Dr Douglas Grey several nights back. Now a patient of the asylum and with no memory of the events that led her there she starts to get visited by a ghostly presence, that of the young traumatised girl she first saw standing out in the road. With the ghosts help Miranda begins to uncover a dark secret. 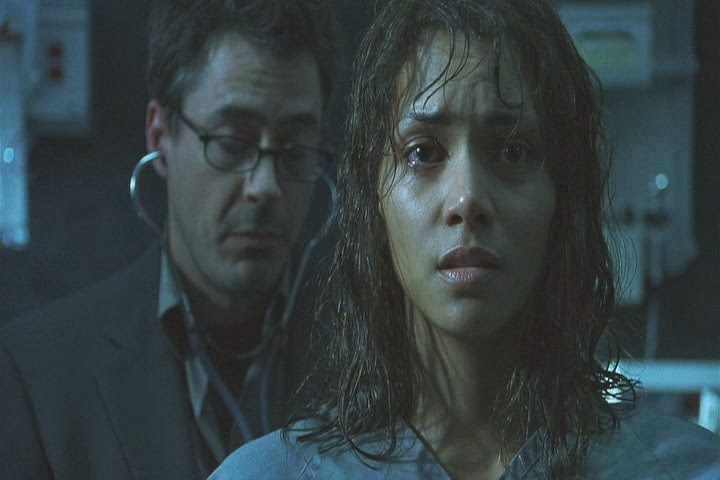 For a film that stars an actress I really do not think much of it really was not that bad. Maybe it helps that her character has an awful time for the duration of the film. The asylum she is in is a grim place where she is now forced to mingle with her previous patients. The staff of the asylum hate her for her crime of murdering her husband, and the local Sheriff has it in for her due to his being best friends with the deceased. On top of this the ghost that is haunting her is not the friendliest, at several points pretty much terrorising Miranda (not actually sure why) beating her, cutting up her arm, and providing a fair few attempts at jump scares.

Often the budget defeats ghost films, Boo was the film this brought to mind, but only as a comparison. Boo was badly made, badly directed and really not good at all, here Gothika provides ghosts in a mental hospital setting far better. That is not to say it is a scary film in the slightest but the plot more than makes up for this, a classic ghost story mixed up with elements of 8MM and even featuring an end sequence that would not have looked out of place in the videogame Deadly Premonition. By far the many thrills and twists of the plot where what kept me glued to the screen. 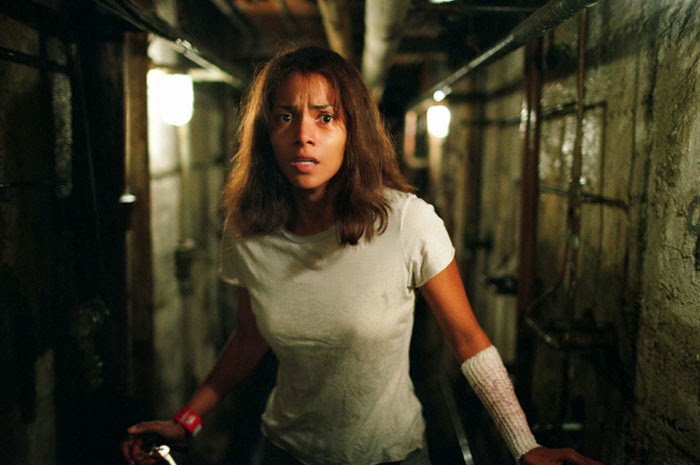 There are the usual faults though, jump scares always sit uneasy with me, I think they are a lazy way to make scares, some of the special effects are pretty awful (the fire is very fake looking) and the parts of the film where Miranda is sneaking around and hiding various places are very silly. A few pacing issues also seemed to crop up but thankfully the last third of the film is well done with some fantastic directing in the near end scene. Robert Downy Jr. surprisingly brings the film down a bit, I had expected Berry to, but instead it is Iron Man who seems to be phoning in his performance, just doing his stereotypical kooky guy routine (pretty much acts as the same character as he was in Ally McBeal). This was an unwelcome distraction as led me to thinking he was a bad guy or something due to his irritating behaviour.

Gothika despite it's issues was not a bad film, it was a good distraction for 90 minutes and did enough to stand out on it's own, heck it even made a film where Halle Berry is the main actress bearable, if only for the torture she is put through, not at all someone I particularly cared about but she did not ruin her role.