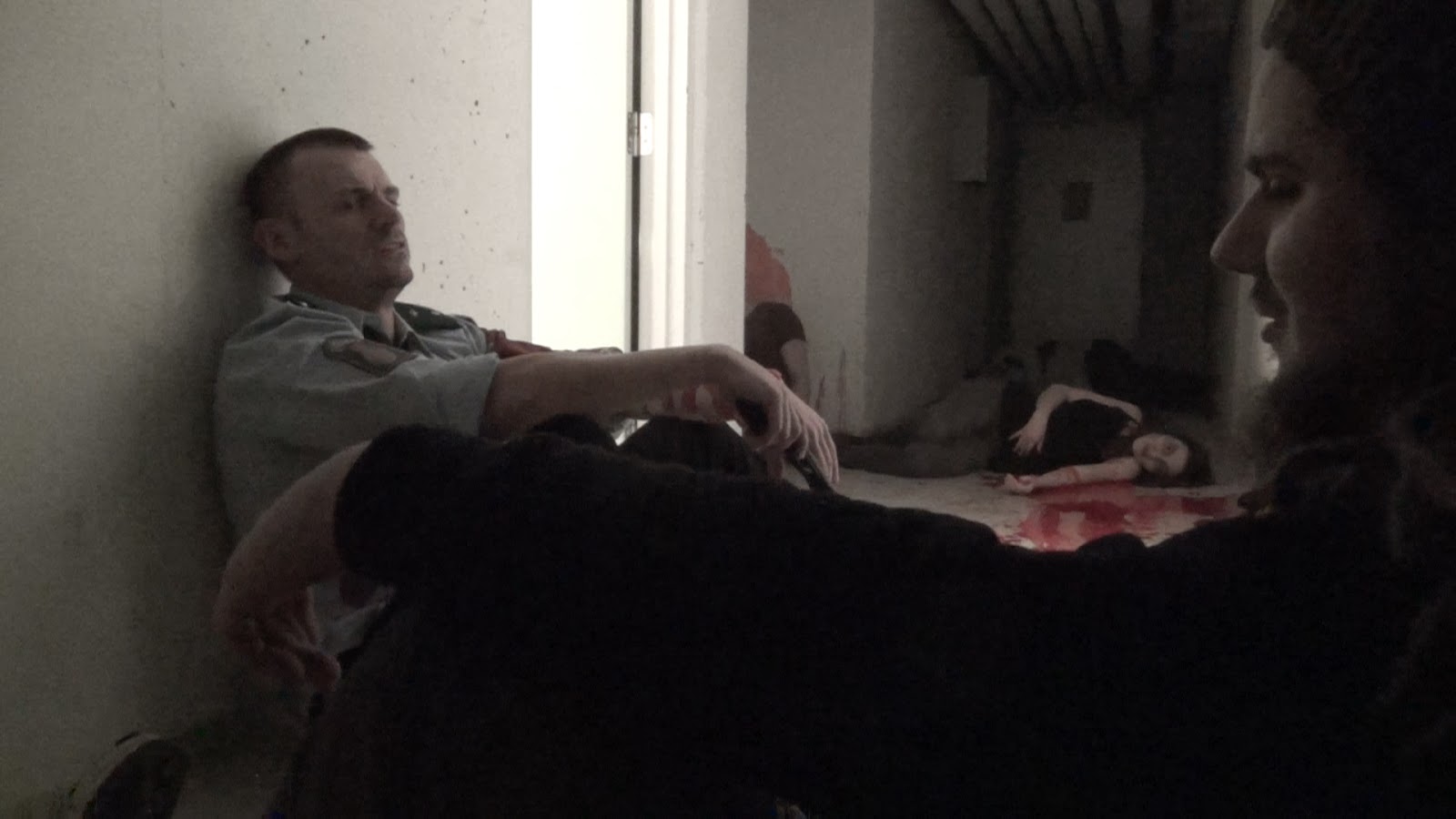 By the amount of short blog posts I'm doing you can probably tell I'm trying to clear out my over flowing in-box. It is frankly shocking the amount of work I have to do for this blog, I just wish I could afford to work on it full time. Sigh, maybe one day I will win the lottery! Escaping the Dead is an upcoming Danish zombie film directed by Martin Sonntag and Bastian Brinch Pederson.

Using the horrific real life Russian drug as a starting point (Krokodil which literally rots the flesh off of the addicts body) it then proposes what if there was a similar type of drug in use, one which goes one further and turns the user into a flesh eating zombie. Whether they are crazed humans or actually undead ghouls is not made clear, but these ones are runners, and they certainly eat flesh. It seems that David; the main character is actually the cause of the outbreak after selling the drug at a night club - a nice twist.

Escaping the Dead looks to have quite a low budget but did feature some fun special effects in the trailer. It looks to live up to the titles name as there were lots of scenes of people being chased by zombies. Hard to tell if the acting is terrible as the film is in Danish with English subtitles. Still as long as it is edited well and doesn't become over long this could be a fun film, and it does feature Kim Sonderholm (Sinister Visions, Little Big Boy) which is not a bad thing.

Posted by Daniel Simmonds at 08:23