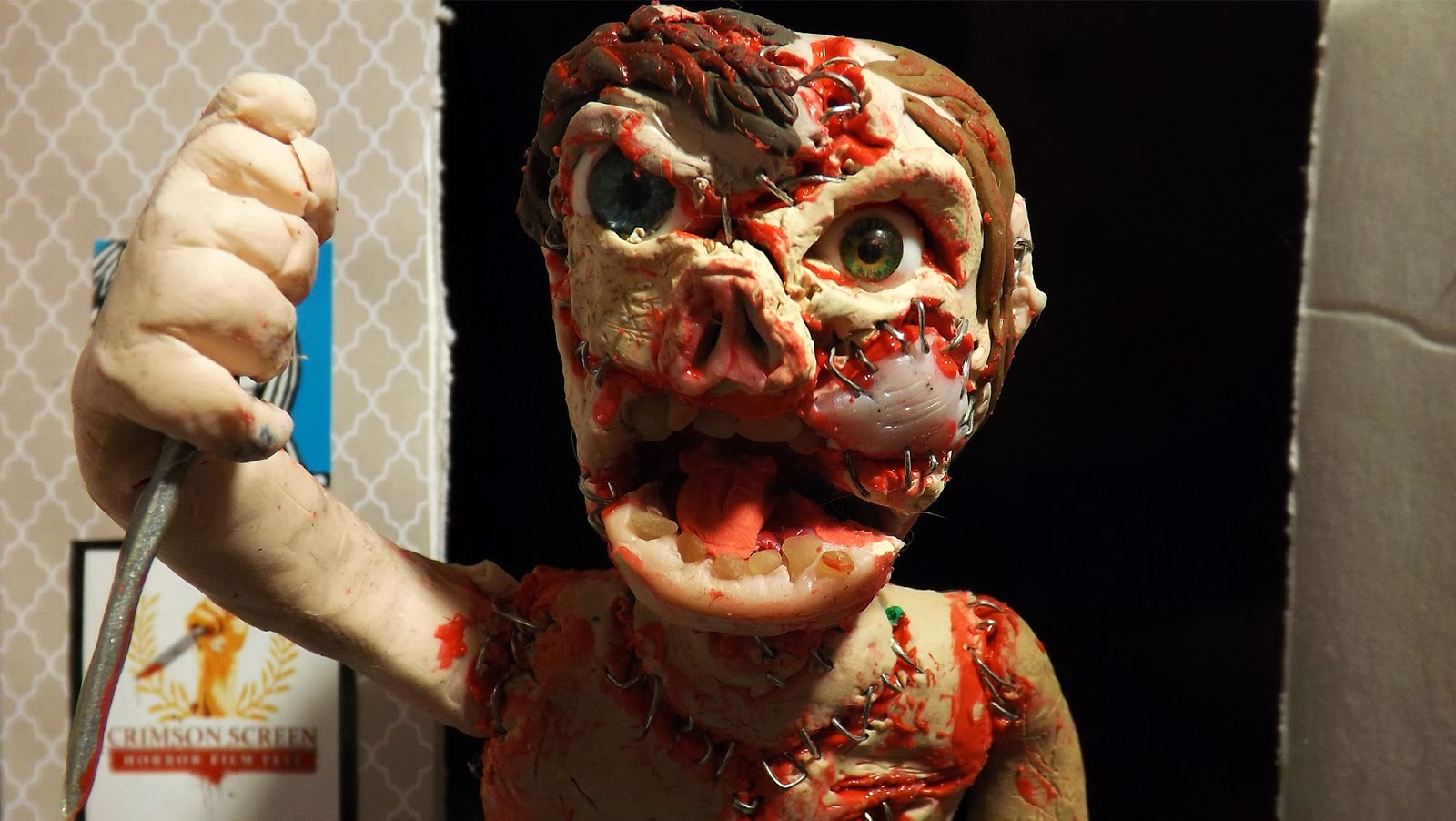 First off this news post is quite specific, I tend to not usually bother with localised news such as this but with a promo claymation video made by Trent Shy (who did Monster Zombie Claymation) I just had to blog about it, mostly as an excuse to show another of his fantastic creations.

Crimson Screen Horror Film Festival is South Carolina's first ever horror festival. The festival takes place on the 19th and 20th of April in Charleston, USA. Film festivals are rarely bad so if your in the area be sure to check it out.

The claymation short begins with a woman watching various clips of horror classics, I didn't get all the references but ones I did get (or least think I did) include Gremlins, The Fly, and Basket Case. Rather than delve into one of these little film snippets like in Monster this instead moves back to reveal the real horror may not be something being shown on the TV while at the same time flashing up details about the event.

What I love about Shy's videos is just how close in the camera is, it makes it all look so real in such a bizarre way. Loved the little details in this one like posters on the wall of the woman's house about the film festival and about his previous video. Anyway check it out below...

Posted by Daniel Simmonds at 12:28