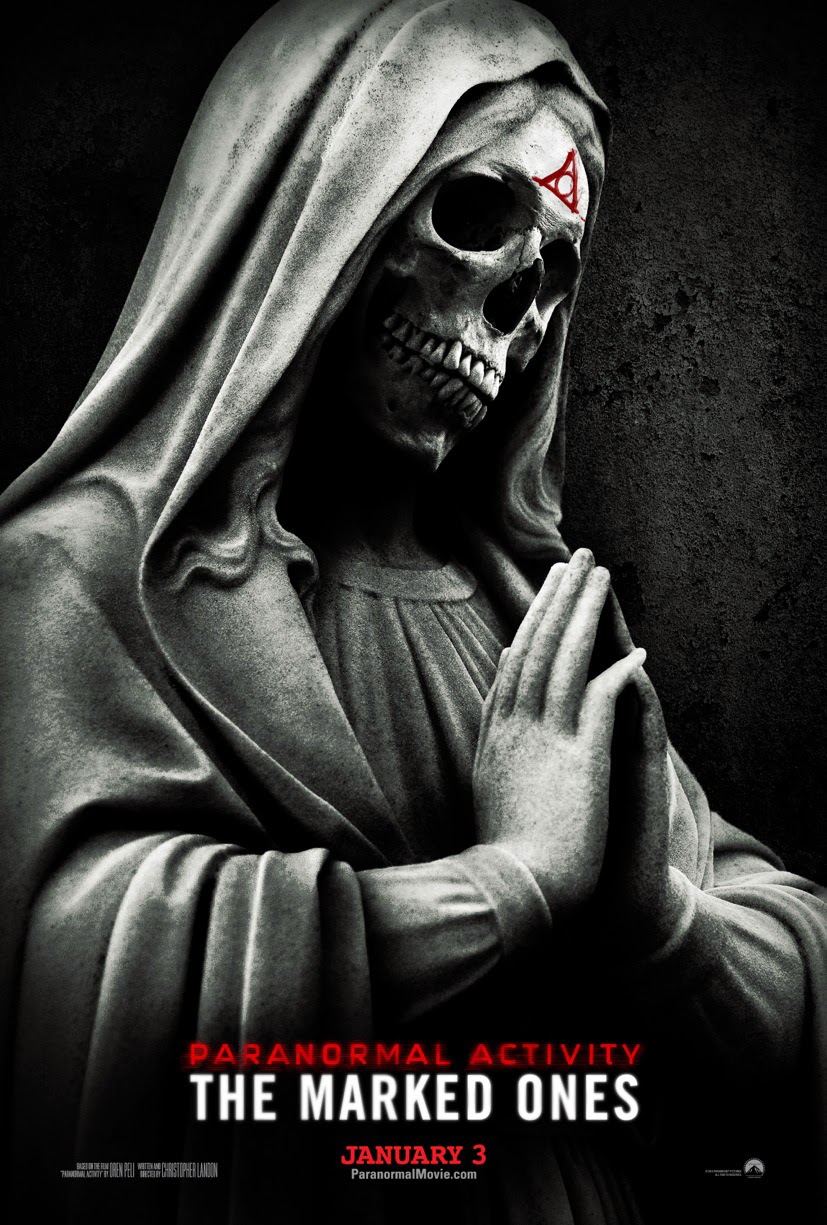 I was not looking forward to seeing the latest Paranormal Activity film, each one is pretty much identical to the last milking what was once a novel and effective way to be scary into utter boredom. I think The Marked Ones is the 5th film in the series, I don't know, they all seem to blur into one, even the film makers seem to have lost count.

This time events are focused on a Hispanic boy named Jesse. He has borrowed/been given a camera and with his best friend Hector they are filming everything they do. The flat below the one he lives there is a strange woman who is rumoured to be a witch. Strange noises are often heard from the place, and after dangling his camera down a ventilation shaft he witnesses what appears to be some sort of ritual. Not long after this the woman is murdered, the two boys accidentally catching the killer on tape. Investigating her house they come across a weird notebook. Soon after this Jesse discovers he has some sort of force that is now shadowing him, protecting him. At first him and his friends think this is an awesome thing but Jesse starts to change becoming cold and withdrawn and evil... 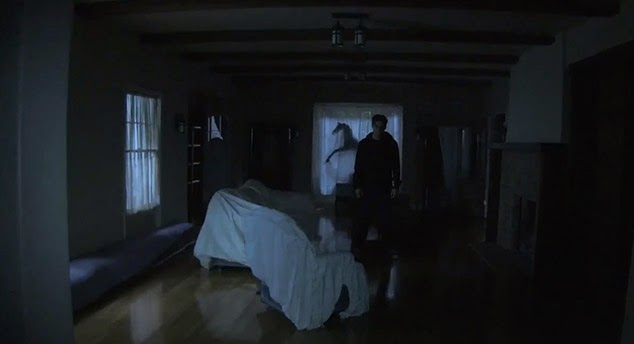 I have to start by saying thank God that the film mixes things up from the usual 'ooh something weird is happening in the house, lets film it...night...day...night...day...night twist end'. There is more of a plot this time around and much of the film takes place in daylight, away from Jesse's flat, in fact most the film takes place outside his home so was a refreshing change. Also gone are the stupid time lapse montages, people being dragged around by invisible forces, and stupid sudden room explosions. A handheld camera works a lot better than the static cameras of the other films ever did.

Also new is the reintroduction of fear, I actually got some chills at some points, a good thing as I discovered while The Marked Ones is in no way a great film it is actually not boring.  Jump scares feature plenty, but these are so telegraphed that I can only imagine they were left in as a nod to the previous films. Talking of the past films there are plenty of references, from returning characters, to returning locations, all good but I was a bit confused due to the utter mess the over arching story is supposed to be; something about an army of witches raising an army of devil children? I don't know. 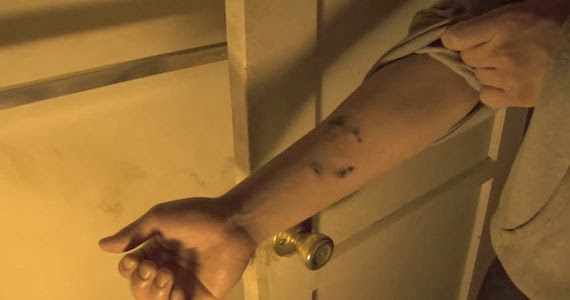 The characters this time around are far more willing to believe something bad is going on, lost is the chunk of film where characters are living in denial. Jesse is super irritating as is the mission of all Paranormal Activity bad guys. Special effects are pretty great it has to be said, there are elements lifted right out of Jacob's Ladder, there is a fantastic scene in which someone literally teleports into a room causing chaos, and even time travel is hinted at! This madness is certainly welcome but doesn't help make the film cohesive, feels like it was going off at a hundred different tangents.

After about half way though I started wondering just why the main character was still going around filming everything, it was a bit odd, especially during a sequence when the character heads to a place with two heavily armed gang members who are talking about murdering some people, seemingly fine to have all their actions recorded on film. The final part of the film is a real thrill ride, but at times it does just feel like a ride, complete with random scary figures bursting onto shot and then vanishing again as if you are in a Haunted House. Enjoyable but highly silly. 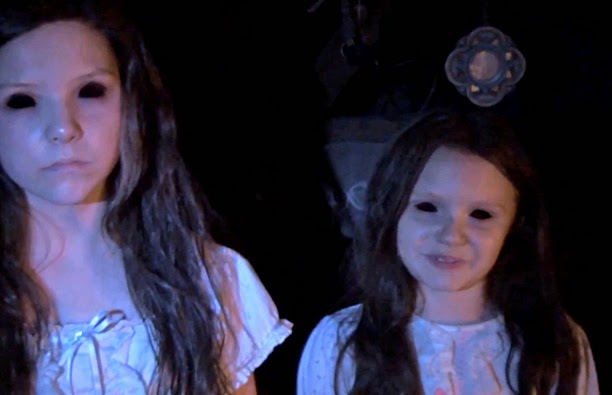 When the film ends it ends, as in it felt like mid sequence, abruptly. Everyone in the cinema kind of sat there in stunned silence, like me confused as to why it had suddenly finished. This silence was broken by me letting out a huge sigh, followed by several people muttering to themselves about how they had no idea what had just happened. A confusing mess, but by far the best ending yet for a Paranormal Activity film.

With a high body count, some decent scares, and that insane ending sequence I actually found The Marked Ones to be the best Paranormal Activity film in years. No idea where they will go from here, but for once I am happy to find out.

It's not a terrible movie that makes all the rest of others in the franchise look like garbage, but it isn't all that good either. It's just highly mediocre. Good review.

Seeing as I was dreading watching it for all the wrong reasons it actually made me a bit relieved that it wasn't a snooze fest. Certainly not a film I have any desire to watch again, but I didn't feel like it was a complete waste of my time.