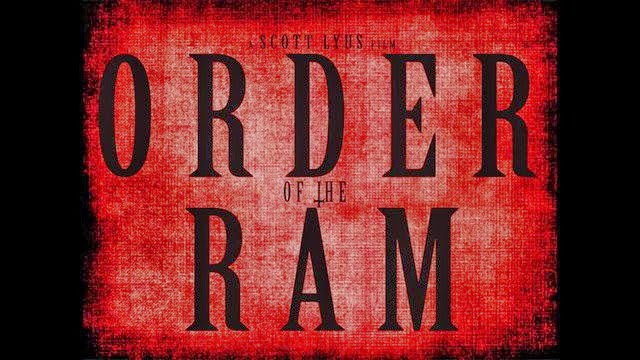 For my first film review of the year I chose the short indie film Order of the Ram by Crossroad Pictures Productions, a film written, directed, and produced by Scott Lyus. It is a 15 minute short that spins an interesting yarn.

Mary appears to be a shy loner who on her 21st birthday heads out to the local woods to do some photography. Whilst there she is kidnapped by a crazed cult led my a woman named Mother who intend to sacrifice her.

Order of the Ram is distinctly split into 3 parts, each one separated by a moment of blackness. The first act is the run up to the abduction, setting Mary (May Kaspar) up as a loner. The following two acts deal with what happens after her capture. I liked how the title only appears at the start of the second act, as if to say 'now the horror begins'. The whole film has a soft focus effect going on so there is usually at least some of the screen slightly blurred out that creates a slight dream like feeling. 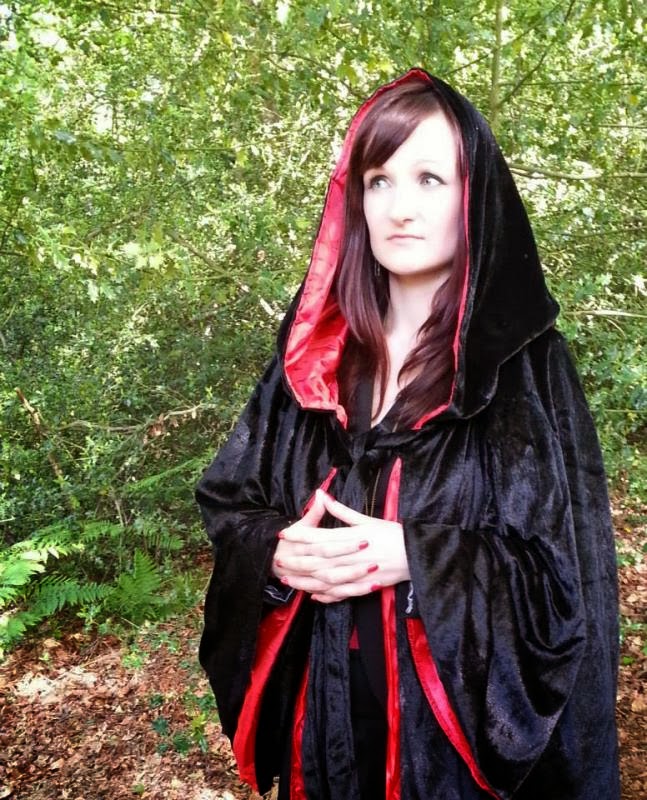 Kaspar's character is quite plain and doesn't really make much of an impression but in the context of the plot I think this is on purpose. The key stand out character is cult leader Mother (played by Danni Scott-White) who both looks and sounds the part, conviction in her voice, and able to convey a whole range of emotions just from her facial expressions. Mesmerising, so am glad it was decided to focus on her rather than the other cultists who mostly stand around looking kinda daft in their cloaks and capes. All the props used look a bit low budget, like they got it all from a fancy dress shop. Nothing wrong with a value range cult, just saying.

Mostly Order of the Ram takes place in woodland, and in a unusual take on horror takes place in the middle of the day, it certainly impacts on the film being so bright, though again in a story based sense it is cohesive. For the most part it is characters talking, there is small amounts of violence but these are very brief. Reminded me a bit of The Wicker Man but with all the singing and large amounts of insanity cut out.

Though not at all scary it is nonetheless an interesting film, Scott-White makes this work, and the ambiguous ending was a nice touch.