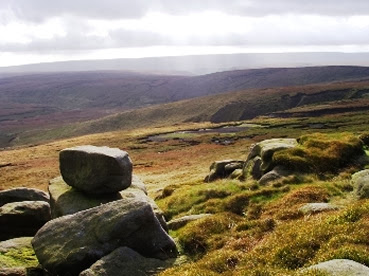 I used to constantly have zombie dreams many years ago, but now they are few and far between. Thankfully my dream space was graced with another one last night. What follows is my hazy recollection of just what it was all about...

I was in an open world Resident Evil game, as in I was actually in it, not playing it. I was on some moorlands at night searching for parts of a lighter to fix together. In the distance I see a horde of zombies heading towards an old castle and some humans following them. I locate a good few weapons including a knife that I put in my boot. I meet up with some other survivors and we head to a building complex, there is something important in one of the rooms but a bunch of zombies show up, I get separated from everyone who escape via a different exit to me. I try and get back in the room to get the important item but there are too many zombies, I kill a few with my knife before barricading them in the room.

Heading to the courtyard of the old castle I saw earlier I see the load of zombies who had headed there had transformed into a gigantic boss style monster, it is defeated and the humans fighting it gone by the time I arrive...then I awoke.

Obviously got videogames on the brain is the only meaning I took from that, that and seeming to go it alone a lot of the time, still a zombie dream is a zombie dream, cannot complain.
Posted by Daniel Simmonds at 09:14