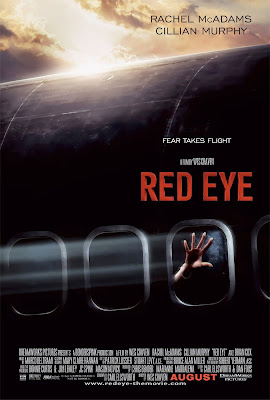 Red Eye is a thriller through and through, by the end my heart was pumping due to all the thrills: real talk. I think Cillian Murphy is a fantastic actor so finding out he plays the main bad guy in this I just had to check it out.

After attending her Grandmothers funeral Hotel manager Lisa (Rachel McAdams) is heading back to her job via a red eye flight across America. At the terminal she befriends an intense young man; Jaskson Rippner (Murphy). Upon finding out her seat is next to his on the plane she thinks at first it is just coincidence, however once the plane is in the sky he reveals a terrifying secret to her. A prominent government official is staying at her hotel, if she doesn't call the hotel and get the officials room transferred to one of Jackson's choosing (in order for the official to be assassinated) then her father is going to be murdered. 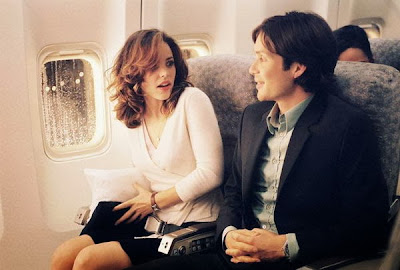 The biggest problem I had with Red Eye was the suspension of disbelief you as the viewer are expected to have. Jackson threatens Lisa, he tells her his plans to kill her father, and he even assaults her at one point yet no one at all bats an eyelid, sure they are speaking in hushed tones, but that sort of privacy is just impossible to get in the normal seating area of a plane. All throughout Red Eye everyone but the main actors act like automatons, just walking, talking shapes that are oblivious to anything and everything. This suspension is again required later on, this time with a mobile phone which first has no signal, then later on runs out of battery (literal eye rolling from me at that point).

Yet Red Eye is not a complete disaster, thanks mostly to Murphy who is expertly cast as bad guy Jackson, quietly menacing with the hint of madness dancing in those eyes of his. The character itself is well written, flawed, and tenacious with a human element thanks to clumsiness and under estimating his foe. McAdams is not so good, sure she does a fine role with decent acting but her character is just kind of lame, too peppy and happy to help. Less said about the side characters the better, Brian Cox as the father has about 2 minutes screen time and pretty much does nothing, while hotel assistant Jayma Mays as hotel assistant Cynthia is extremely irritating. 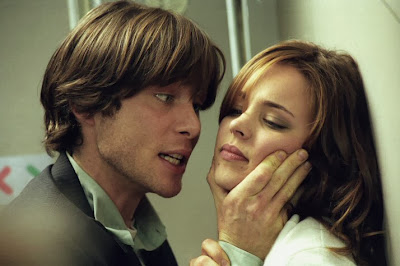 Wes Craven is the director of this, and there are certainly some great shots, yet the whole plane sequence is badly done, I don't know why the atmosphere of planes is always identical in films but is like no journey I have ever been on, maybe it's an American thing. I mean the location feels fake, what actually occurs is always interesting, and never boring. In terms of thrills Red Eye certainly delivers, the last third of the film was quite fun to watch, and it is for thrills that Red Eye gets a pass as a (slightly) better than average film.